With bill sidelined, what’s next for oil and gas overhaul? 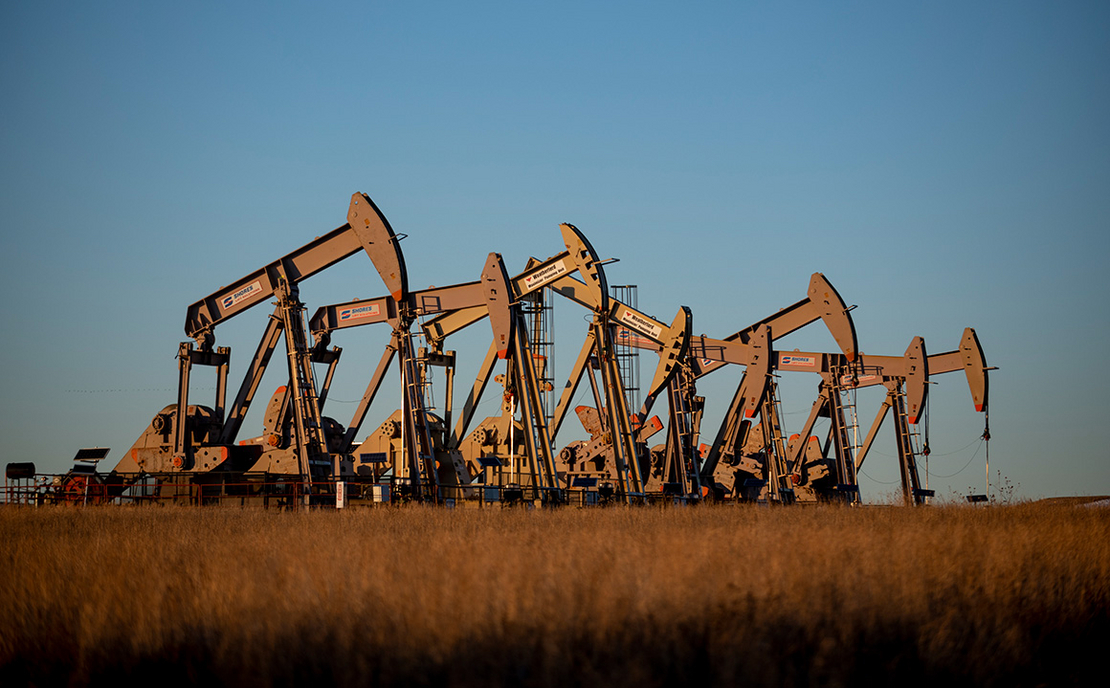 Proponents of overhauling the federal oil and gas program saw a path forward in the Democrats’ $1.7 trillion climate and social spending package. But Sunday’s announcement from Democratic West Virginia Sen. Joe Manchin that he can’t support the bill as written has advocates reassessing their strategy.

A top progressive in Congress yesterday cited the fossil fuel industry and the need for action on climate change in urging the administration to take unilateral action.

“It is now incumbent on President Biden to keep his promise to us and to the American people by using the ultimate tool in his toolbox: the tool of executive actions, in every arena, immediately,” Congressional Progressive Caucus Chair Pramila Jayapal (D-Wash.) told reporters in a call.

Alan Zibel, research director on energy and environmental issues for Public Citizen, said his consumer advocacy nonprofit would be prioritizing a two-track strategy that would push for congressional action alongside a regulatory ruling.

“The events of the past few days show that we can’t be confident in anything, really, and that it’s two tracks: that we need to proceed on a congressional track of putting these reforms in a new bill, and also in a rulemaking,” said Zibel. “There’s uncertainty with both paths.”

The Interior Department’s November review of oil and gas leasing on federal lands made few substantive recommendations. But perhaps the most significant was that Congress should raise the oil and gas royalty rates.

Congress was on track to do just that in the “Build Back Better Act.” The House-passed bill, H.R. 5376, had a provision echoing the administration’s proposal for raising royalty rates. It would raise royalty minimums from 12.5 to 18.75 percent onshore and set a 14 percent minimum offshore. The Senate Energy and Natural Resources Committee, which Manchin chairs, proposed the offshore 14 percent rate and brought the onshore rate down to 16.75 percent, a concession the environmental community said it could largely live with (Greenwire, Nov. 19).

With legislative action now uncertain given opposition from the Democrats’ key swing vote in a 50-50 Senate, advocates are now underscoring a sense of urgency to secure reforms they say will benefit taxpayers.

Autumn Hanna, vice president of Taxpayers for Common Sense, who oversees energy and natural resource campaigns, said her group’s top priority was locking in new rates “as soon as possible,” pointing out that new rates cannot be applied to existing leases retroactively.

“We have already supported stepping back on leasing until we get these reforms enacted, and urging the reforms to be enacted ASAP,” Hanna said. “This should have been done yesterday; we should have gotten this done a long time ago. We need to get this right, and it needs to be done any way we can.”

Biden could do ‘pretty much everything’

While political infighting surrounding reconciliation continues, the Biden administration could easily address royalty rates in some capacity, along with several other oil program reforms that Manchin’s current posture throws into legislative limbo.

While oil reform actions like halting the oil program in the Arctic National Wildlife Refuge need congressional authority, other crucial reforms don’t need legislative action. Both the House and Senate reconciliation proposals include an ANWR ban on the oil program.

“If the bill does not get through, or if the oil and gas reforms are stripped out of the bill, [the administration] could still do pretty much everything that was in the bill and could even set more stringent standards,” said Mark Squillace, professor at the University of Colorado Law School and former assistant to the solicitor at the Department of the Interior, under former President Clinton.

Federal law, for example, sets royalty rate minimums but leaves discretion for presidential administrations to raise them. Increasing bonding minimums required of industry to cover the cost of decommissioning oil and gas infrastructure can also be done administratively.

“It need not take any longer than that,” he said.

In fact, Biden could take action as early as next year: In a regulatory outlook posted last week, the administration confirmed that federal leasing reforms would be on the docket in 2022, with royalties and bonding given particular attention.

New regulations to curb fossil fuel emissions from the oil patch are also in progress from EPA, and the administration has announced that it will also write new methane regulations for the Bureau of Land Management. The bureau directly oversees oil and gas drilling on federal lands.

But reformists had looked to Capitol Hill for added certainty that the reforms would last past the Biden years.

If Biden were to change royalties on his own, for example, that could be reversed by a later president.

Kathleen Sgamma, president of the Western Energy Alliance that opposes the royalty rate increases, said it appeared the White House had been waiting for the "Build Back Better Act" to pass before moving forward with its regulatory agenda, noting the Interior oil and gas report had scant details.

“Why bother doing the hard work of rulemaking and [the National Environmental Policy Act] if Congress was just going to shut it all down?” she said. “Now that the ‘BBBA’ is even more uncertain, I expect rulemakings to start in earnest early next year.”

In a statement to E&E News yesterday, an Interior Department spokesperson was noncommittal on next steps.

“The DOI will continue to seek out honest and pragmatic paths forward — in concert with communities; Federal, State, local, and Tribal leaders; businesses and labor; and other stakeholders — to bring a common purpose to the management of America’s public lands and waters, and the value they hold,” the spokesperson said.

And if congressional Democratic leaders and the White House are ultimately able to agree on a scaled-back reconciliation package Manchin can agree to, it could still include changes to the federal oil program.

The fact that Manchin’s reconciliation blueprint included the royalty provision, despite immense pressure from the fossil fuel industry to jettison it, sent a strong signal that this policy proposal was never a dealbreaker for the West Virginian.

Raising royalty rates on federal oil and gas leasing is also a revenue raiser and not something that would cost money. Its status as a pay-for could be a saving grace in the event Manchin and Democratic leaders need to negotiate a more modest reconciliation package at a lower topline number. Taxpayers for Common Sense, a nonpartisan group that advocates against fossil fuel subsidies, estimated that if royalty rates had been set at 18.75 percent over the last decade they would have generated $12.9 billion in additional federal income.

Collin O’Mara, president and CEO of the National Wildlife Federation, was hopeful that tensions would thaw in the new year and discussions on reconciliation would reconvene.

With oil and gas leasing reform, he said, there are “several things you can do administratively and several things that would be more likely to hold up in legislation. I think we’re in a belts-and-suspenders time, where you proceed on multiple paths but the preferred option for everybody is the legislative path.”

If a deal can’t be reached, however, O’Mara conceded, “it would be irresponsible not to explore administrative actions.”