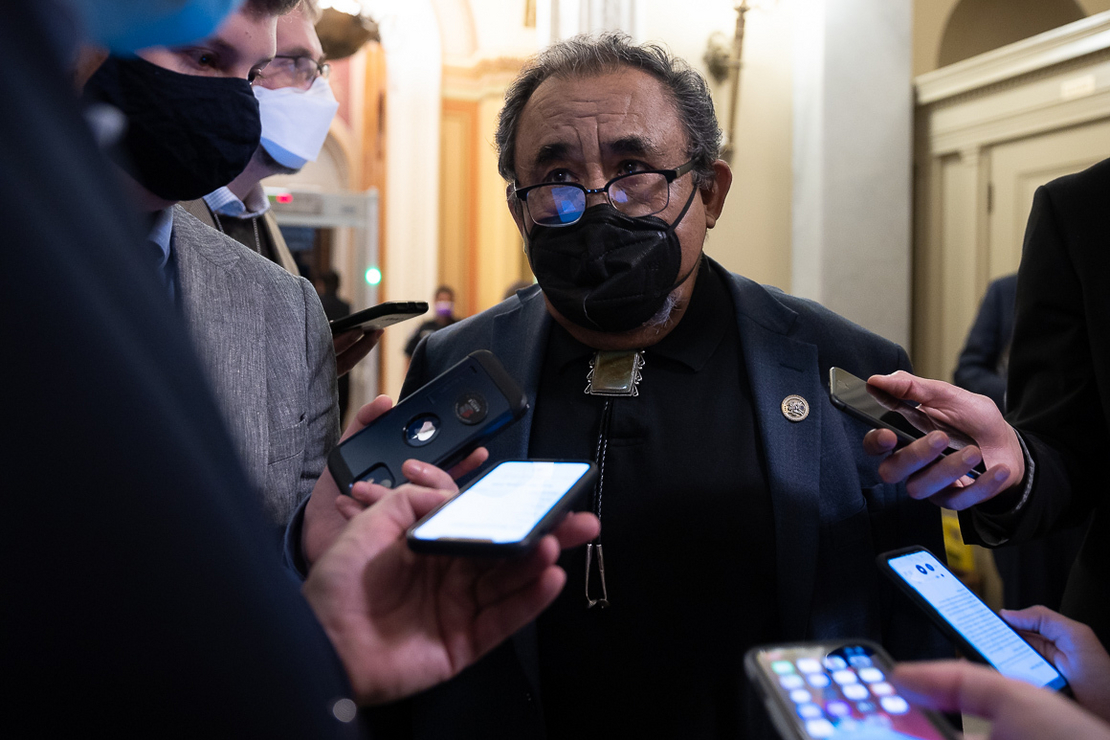 House Natural Resources Chair Raúl Grijalva is ready to put his party’s signature environmental justice legislation back in the spotlight.

Tomorrow, the Arizona Democrat will convene the first hearing since late 2020 on the “Environmental Justice for All Act,” which would provide more protection for communities and individuals affected by pollution and environmental safety hazards.

The timing, Grijalva confirmed to E&E News last week, reflects the uncertain fate of the $1.7 trillion climate and social spending package, which would have made major investments to aid the most blighted environmental justice communities.

His latest version of the two-year-old “Environmental Justice for All Act,” H.R. 2021, would require federal agencies to consider community health impacts during permitting decisions; codify into law the federal government’s existing environmental justice initiatives; and impose new fees on oil, gas and coal companies to fund local transitions away from fossil fuel economies.

The bill would also reverse a 2001 Supreme Court ruling that has made it harder for private citizens to pursue legal remedies when they are victims of actions that disproportionately harm poor, nonwhite communities.

It is arguably the most ambitious environmental justice framework ever championed on Capitol Hill, developed by Grijalva with Rep. Donald McEachin (D-Va.) in the previous Congress in consultation with advocates, activists and those who live and work in front-line communities.

Grijalva and McEachin reintroduced the legislation back in March 2021. But around that time, the two lawmakers told E&E News that while they had no plans to abandon this legislative push, they were content to give the new Biden administration some time to prove its commitment to implementing environmental justice polices through executive actions (E&E Daily, Feb. 5, 2021).

At the end of January 2021, for instance, President Biden signed an order for federal agencies to emphasize environmental justice in their own policymaking, plus directed 40 percent of the government’s climate change spending to flow to disadvantaged communities. Grijalva and McEachin hailed the directive as a game-changer.

Then came the Democratic efforts to pass the budget reconciliation measure known as the “Build Back Better Act” — another opportunity to achieve some of the goals of the “Environmental Justice for All Act” by reducing pollution, removing lead pipes and incentivizing companies to make the switch to clean energy sources.

Yet in a sign Grijalva was already worried about what would survive in the final package, he warned in a letter to Biden last fall that any spending reductions to the climate portion of the reconciliation bill could prevent Democrats from “honor[ing] … our shared commitment to seeking environmental justice, embodied in the Environmental Justice for All Act and the Justice40 initiative” (E&E Daily, Oct. 15, 2021).

Grijalva was ultimately able to stave off the cost-saving measures he feared, but opposition from Sen. Joe Manchin (D-W.Va.) on the broader package has now stalled momentum on the entire bill, seemingly indefinitely (E&E Daily, Feb. 11).

Uncertainty surrounding the “Build Back Better Act” is now paving the way for consideration of the “Environmental Justice for All Act.” Grijalva told E&E News in January that environmental justice legislation was just one of many areas the House Natural Resources Committee would address in the coming weeks now that the Democrats’ environmental agenda, almost entirely enshrined in the reconciliation package, is in limbo (E&E Daily, Jan. 31).

It will be impossible, however, to pass the “Environmental Justice for All Act” on its own. While Democrats expect to have the votes to pass it in the House, even unanimous support among Senate Democrats will not be enough to advance it in the other chamber. The reconciliation bill would have withstood the threat of a filibuster in a 50-50 legislative body; the “Environmental Justice for All Act” would not.

Republicans on the committee did not immediately share who they had invited to serve as a witness.