With energy bill in limbo, Ill. braces for nuclear closure 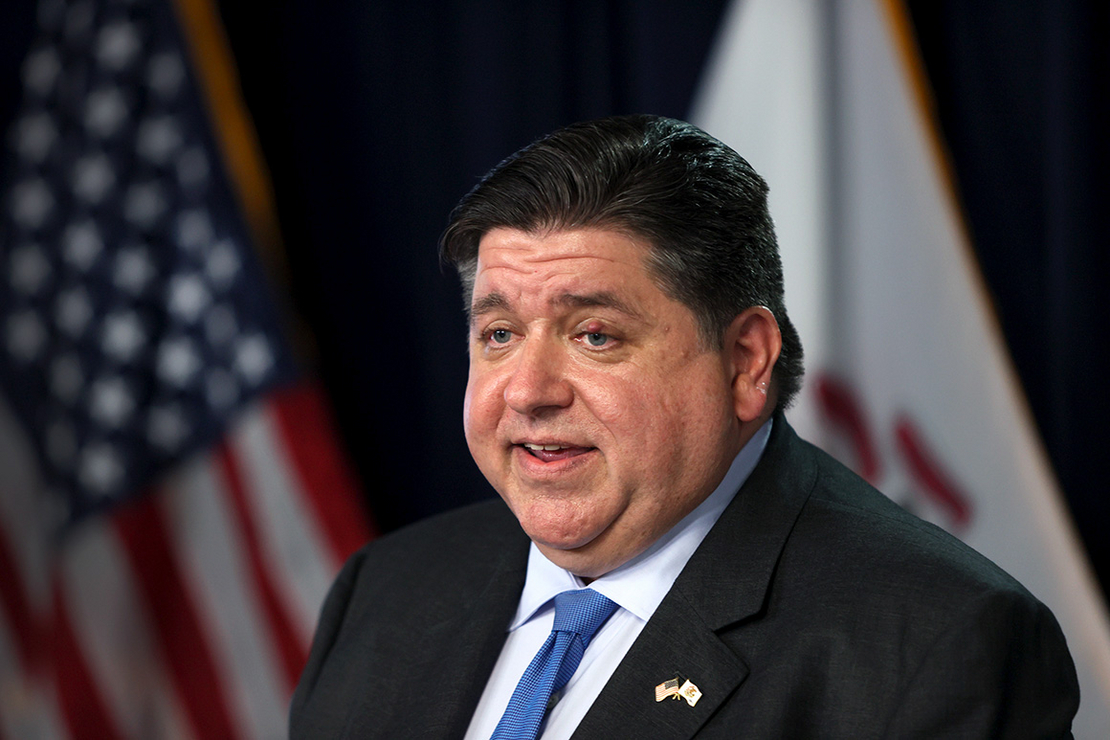 Illinois Gov. J.B. Pritzker (D) is pictured at a press conference in Chicago in this Aug. 4 photo. Scott Olson/Getty Images

A yearslong drama over the future of Illinois’ energy mix and climate policy may be entering the final act, if not the final scene.

Chicago-based Exelon Corp. has set Monday as the day it pulls the plug on the Byron nuclear plant in northern Illinois — one of the nation’s largest — unless the Illinois General Assembly passes legislation to rescue it from an early retirement (Energywire, Aug. 26).

The Illinois Senate passed a bill last week that would spare the plant, providing $694 million in nuclear aid over five years. The 980-page energy and climate bill would also spur a huge build-out of solar energy, help put more electric vehicles on Illinois highways and include an array of equity provisions and labor standards aimed at ensuring that the benefits of a transition away from fossil fuels are widely shared.

The passage of legislation that will pave the way for Illinois’ energy future is far from certain, however, because of disagreement over the phaseout of a fuel tied to the state’s past.

While S.B. 18 would end the use of fossil fuels for electricity generation by 2045, it wouldn’t require a stepdown in emissions leading up to that date — a provision that was included in previous drafts of the bill.

That means the hulking Prairie State Energy Campus, Illinois’ newest and largest coal plant, and one of the nation’s largest industrial sources of carbon dioxide, could run at full power until then.

An alternative proposal filed Friday night and supported by Gov. J.B. Pritzker (D) would include interim emissions reductions and require Prairie State and another municipally owned coal plant to reduce emissions 45 percent by 2035.

The amendment is also backed by the Illinois Clean Jobs Coalition, made up of dozens of environmental groups that said the bill must include the emissions step-downs to win their support.

The groups originally called for a 2030 shutdown for Illinois coal plants but agreed to a longer glide path to retirement as part of political negotiations. But they insist that interim emissions caps are essential.

“Doing something that’s almost good enough on climate change is not where we need to be,” said J.C. Kibbey, an advocate for the Natural Resources Defense Council, a coalition member, said of S.B. 18 during an interview on Friday. “We can’t allow one of the largest coal plants in the country to run unmitigated for 25 years and call that climate leadership.”

A Prairie State spokesperson didn’t respond to emails seeking comment on the Senate bill passed last week or the proposal filed on Friday. A hearing on S.B. 18 before a House committee is set for Thursday in Springfield.

Illinois Senate President Don Harmon, a Democrat, said during a news conference last week after the passage of S.B. 18 that he was open to language that would include both an emissions phase-out as well as a firm closure date for the plant. But it would be difficult, he said.

“The governor and his team, they seem to think there’s a pathway,” Harmon said. “My intuition is that’s going to be a real challenge.”

At issue is how the interim emissions reductions would be achieved at Prairie State, which according to EPA data was the seventh-largest emitter of carbon dioxide in the nation last year, releasing more than 12 million pounds of the heat-trapping gas.

Harmon said the issue boils down to economics. Interim emissions reductions would require a multibillion-dollar investment in carbon capture equipment, he said, which would require the plant to remain online beyond 2045 to justify the investment.

The Clean Jobs Coalition questions whether carbon capture technology makes economic sense and whether it would require Prairie State to remain in operation beyond 2045.

The coalition, which has been aligned with Pritzker, is one of two key political forces that have shaped the energy and climate debate in Springfield.

The other is Climate Jobs Illinois, a group led by organized labor that’s been largely focused on preserving jobs at Byron and its sister nuclear plant Dresden, which is due to shut down in November if the Legislature doesn’t pass a bill.

While the environmental groups have had the governor’s backing, labor interests have been largely aligned with Exelon. Normally the most powerful political force at the Capitol, the Chicago-based utility has kept a low public profile this year after subsidiary Commonwealth Edison was charged with bribery in a federal investigation of its lobbying practices.

More recently, the labor coalition also has been joined by the solar industry in pushing for adoption of S.B. 18.

The labor and solar interests haven’t publicly opposed the proposal to implement interim carbon caps, but they warn that the climate consequences of failing to pass a bill in time to save the Byron plant would be severe.

If the Byron plant shuts down, it would lead coal and natural gas plants in Illinois and elsewhere on the PJM grid to run more frequently, leading to an increase in carbon emissions, according to an analysis by the Brattle Group.

In the study, prepared for Climate Jobs Illinois, Brattle modeled how the closure of Byron and Dresden would affect the dispatch of power plants across the eastern half of the United States.

“Nuclear gets replaced with fossil because that’s what’s available that can change its output,” Dean Murphy, a Brattle economist and co-author of the study, said in an interview. “So lose the nuclear plants, and the next couple thousand megawatts of fossil plants on the supply curve are going to have to turn on, and they’re going to emit CO2.”

Murphy said the 2,347-megawatt Byron plant could ultimately be replaced with renewable energy. But doing so would require around 8,000 MW of wind and solar because they’re intermittent and have lower capacity factors than a nuclear reactor.

In the meantime, the CO2 from the fossil generation that replaces Byron remains in the atmosphere and “uses up that carbon budget,” he said.

There’s also a question of how much new renewable capacity would be built in Illinois — and how quickly — absent an energy bill.

Incentive funding for new solar projects that was approved as part of Illinois’ last major energy bill, the 2017 Future Energy Jobs Act, has been depleted. The number of new, small rooftop solar projects in the second quarter of the year is down 90 percent from the same quarter in 2020, installers testified during a hearing last week.

And the Path to 100 Coalition, a group of renewable developers, warns that with a legislative fix, the situation won’t improve.

"With no action on this bill, Illinois will not see any new wind and solar development for at least the next four years and will see only intermittent development in the subsequent 20 years,” the coalition said in a statement. “Combined with loss of the part of the state’s nuclear units, failing to enact the policies in this bill will result in more than 600 million tons of excess CO2 emissions.”

While the two powerful political coalitions and their backers in the Legislature both argue that their solution to the climate crisis is the best path forward, they also know agree that a policy fix is needed — soon.

“The climate doesn’t care how we frame this or our speeches,” said NRDC’s Kibbey. “The climate cares about how many tons of carbon in the atmosphere. This is our chance. To say, ‘We’ll be back here in five years or 10 years’ … we don’t have that time.”