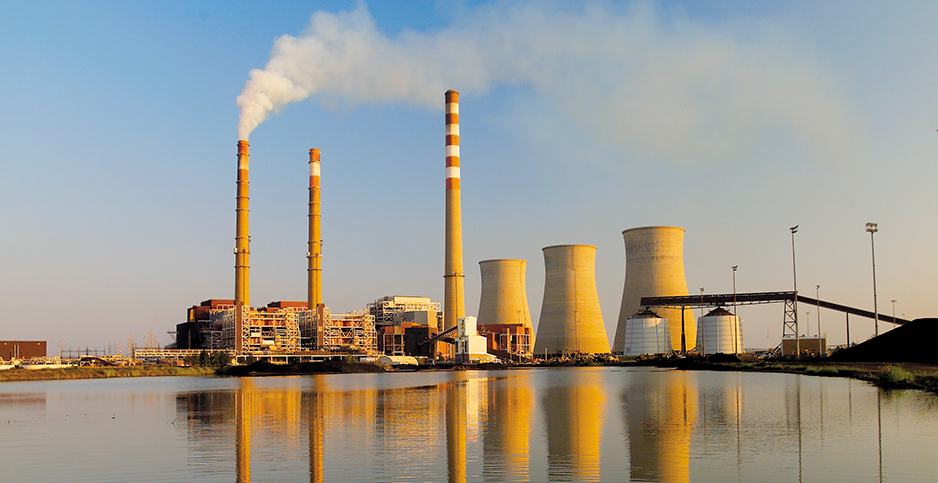 At first glance, 2020 looks to be another big year for coal retirements. The 9.4 gigawatts of coal capacity shut down this year is the fourth-highest annual total since 2009, federal figures show.

But dig a little deeper, and it becomes apparent that the 36 retirees this year were relatively small emitters. The 385 million tons of carbon dioxide generated between 2010 and 2019 by units retiring this year is the smallest such figure since 2017, according to an E&E News review of federal data.

Total coal emissions will still be down this year. American coal plants were already running less, and the COVID-19 pandemic pushed even more to the sidelines.

Yet coal generation could rebound in 2021, when the economy is expected to recover and an anticipated uptick in gas prices could prompt power companies to switch on their old coal stations.

The dynamic highlights the role gas prices play in determining American coal consumption and carbon dioxide output. It also points to the role coal retirements have played in greening the U.S. economy in recent years. American coal capacity fell 25% between 2010 and 2019, with emissions from coal plants declining by 46%.

Emissions reductions from retirements have been supercharged in the last two years from the shutdown of some of America’s largest coal plants.

But that trend did not extend to 2020. The largest emitters retired this year were part of partial shutdowns at larger facilities rather than plantwide closures.

Whether 2020 represents an anomaly remains to be seen, but industry observers say it has important implications for U.S. climate policy. Few super-emitters are slated to shut down in full between now and 2025.

"We’re basically starting with the easiest picking first. There is the old, expensive, dirty stuff you can get first. But it gets harder going forward as you move into the cleaner fleet," said Emily Grubert, a professor who studies the power sector at Georgia Tech.

The mass retirements seen in recent years have largely resulted from a combination of the plants’ age; increased competition from gas and renewables; and traditional air quality rules, which focus on pollutants like mercury and smog, she said. But if America is to continue cutting carbon, it likely will need to become more intentional about closing the last of its large emitters.

"The ones that remain have gone through trial by fire," Grubert said. "People have made the explicit decisions to keep them running."

This year’s top three retired emitters came from partial shutdowns at plants in Kentucky, Montana and Washington state. Many coal plants are made up of several units, each of which is like its own individual power plant. EPA did not report emissions data for two relatively small coal plants retiring this year, the Colver Power Plant and the Morgantown Energy Facility.

The largest CO2 emitter retired in 2020 was the last of three units at the Tennessee Valley Authority’s Paradise Fossil Plant in Kentucky. Paradise Unit 3 was briefly thrust into the national spotlight several years ago, when President Trump tweeted his support for keeping it open. TVA’s board decided otherwise. It emitted 46 million tons of CO2 between 2010 and 2019, the last complete year for EPA figures. The shutdown closes the book on what was one of the largest CO2 emitters in America. In 2017, TVA closed two units at Paradise. The plant emitted 132 million tons in the 10 years running up to 2017.

Coal is an important part of our electricity generation mix and @TVAnews should give serious consideration to all factors before voting to close viable power plants, like Paradise #3 in Kentucky!

Measuring power plant emissions over a decade gives a more accurate picture of a facility’s emissions profile because it adjusts for annual fluctuations, which can vary widely due to weather, the health of the economy and maintenance schedules. Coal plants also tend to run and emit less in the years immediately leading up to their retirement.

In Montana, two of the four units at the Colstrip power plant shut down this year as part of a settlement with environmental groups. Colstrip has long ranked among one of America’s largest emitters. The two units retiring this year pumped out 45 million tons of carbon between 2010 and 2019, according to EPA. The remaining two units, by contrast, reported emissions of almost 113 million tons over that time. Their future is subject to a tug of war between Pacific states, which buy the power and would like the plant closed, and Montana, which would like to see it remain open.

And in Washington state, TransAlta Corp. completed the long-planned shutdown of one unit at its Centralia power plant. That unit emitted 34 million tons over the last decade. Its closure was subject to an 2011 agreement with the state, which will see one unit closed in 2020 and the other in 2025. The other unit had 10-year emissions ending in 2019 of 36 million tons.

Partial shutdowns figure to be a big part of the coal retirement story in the years to come. Prominent examples include shutdowns at Xcel Energy Inc.’s Comanche Generating Station in Colorado and its Sherburne County Generating Station in Minnesota. Each is scheduled to close one of its three units in 2022. PNM Resources also will complete the closure of its San Juan plant in New Mexico that year, shuttering the last two of the plant’s four units.

The partial closures reflect caution by utilities about moving to shut down plants too quickly, said Jeremy Richardson, a senior energy analyst at the Union of Concerned Scientists. In states where power companies operate as regulated monopolies, utilities are especially loath to close plants where they have invested considerable sums on pollution controls, he said.

"In general, they are going to want to recoup that investment. It is not just an argument about the end of the usual life, but the debt sunk in these plants," Richardson said.

But while partial shutdowns are a boon for climate, they are not consistent with deep decarbonization models that show most U.S. coal eliminated by 2030, he said.

"From a scientific perspective, you have got to think about the cumulative emissions," Richardson said. "We’ve got to get a long way by 2030."

In many ways, 2015 serves as a dividing year for coal plant closures. The plants retired in advance of 2015 trended smaller and older, and ran less. Many were turned off in 2015, as utilities sought to comply with new federal air quality regulations on mercury.

The plants retiring in the years since have been bigger and newer, and ran more than the first generation of retirees. Navajo Generating Station in Arizona and Bruce Mansfield in Pennsylvania rank among the largest emitters ever shut down in America. The pair pumped 289 million tons of CO2 into the atmosphere in the decade prior to their retirement in 2019, or 45% of the 643 million tons emitted by 59 units in the 10 years leading up to their shutdown last year.

A similar thing happened in 2018, with the shutdown of J.M. Stuart Station in Ohio and Monticello Steam Electric Station in Texas. Those plants reported combined emissions of 213 million tons between 2009 and 2018. The pair accounted for roughly a quarter of the 794 million tons emitted by 38 units in the decade prior to their retirement. A quartet of slightly smaller but still sizable emitters also retired that year.

The big question is what happens next. Coal closures could slow over the next five years. America retired 48 GW of coal capacity between 2016 and 2020. The U.S. Energy Information Administration lists 25 GW of coal retirements over the next four years, though that tally notably does not include some closures that have been announced by utilities. The shutdown of one unit at the Scherer power plant, America’s largest coal facility, stands out as a prominent example.

S&P Global Platts forecasts 50 GW of coal closures over the next five years. That would leave roughly 175 GW of U.S. coal capacity. But with several exceptions, there are few emitters scheduled to close on par with the giants shut down in recent years. Great River Energy’s Coal Creek Station, slated for closure in 2022, and Vistra Corp.’s Baldwin Energy Complex in 2025 rank among the country’s largest emitters.

Many industry analysts predicted coal would rebound in 2021, as the economy improves from the pandemic and gas prices rise in response to curtailed gas production from oil wells.

But recent weeks have led many to reconsider those projections. November was unseasonably warm, leading to less gas consumption and prompting prices to plummet.

Coal may yet rebound in 2021, but it still faces long-term pressure in the form of rising renewable generation, corporate climate goals and potential regulation from the incoming Biden administration, said Manan Ahuja, who tracks power markets at S&P Global.

"The more renewables dispatch, they are going to dispatch at lower prices, there is going to be less fossil fuel dispatch," he said. "You combine that with low natural gas prices, which leaves very little for coal."