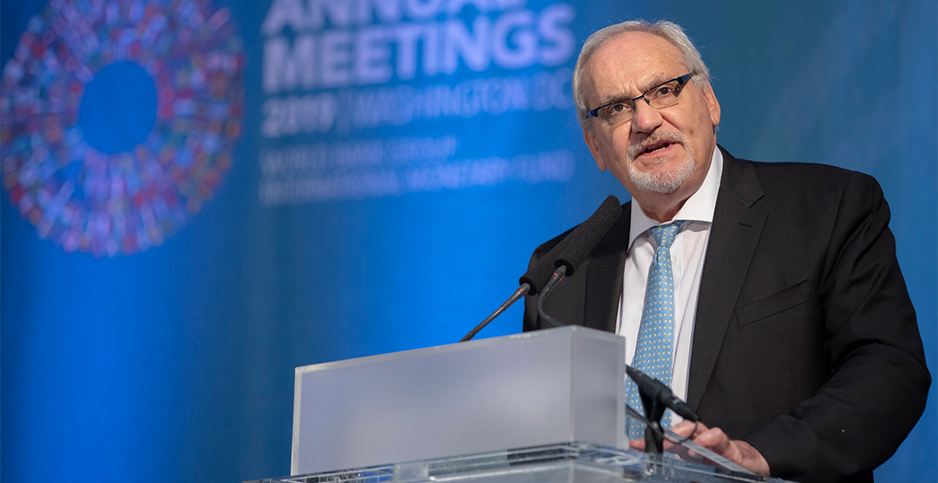 A David-versus-Goliath battle between aggrieved Indian villagers and an arm of the World Bank last year led the nation’s highest bench to conclude that international financiers aren’t immune to challenges in U.S. courts.

While the case is still in progress in the U.S. District Court for the District of Columbia, the threat of rising litigation following the Supreme Court’s ruling is clear, said Erika Lennon, senior attorney at the Center for International Environmental Law, which has filed briefs in support of the villagers.

"The fact that Jam v. IFC was permitted to proceed in U.S. courts is significant in that it demonstrates to public finance institutions that they are not above the law and can no longer act with impunity," Lennon said.

"With the companies that fuel climate change already being sued in courts around the world, it’s reasonable for the financial sector that funds those companies to be examining its own litigation exposure," she said.

Attorneys in the case will lock horns in D.C. District Court today over whether the IFC, a branch of the World Bank that finances private projects in developing areas, should be on the hook for backing a coal plant that ravaged the livelihoods of residents in a nearby fishing village in India’s state of Gujarat.

Budha Ismail Jam and other fishermen sued IFC on the grounds that it approved a $450 million loan for the Tata Mundra Ultra Mega Power Project without adequately ensuring that developers would adhere to environmental standards.

The fishermen said pollution from the coal-fired power plant prevented them from wading along the shore to collect an ever-dwindling daily catch. Others complained of the facility’s "frothy," smelly water discharge.

Villagers raised concerns about new health problems after they were exposed to coal ash that dusted their homes as the plant’s conveyor belts churned.

The U.S.-based IFC successfully argued in lower courts that it enjoyed the same level of protection from litigation as foreign governments under the 1945 International Organizations Immunities Act, or IOIA.

But the Supreme Court determined in a 7-1 ruling that those protections have limits (Greenwire, Feb. 27, 2019).

With that decision, the justices sent the case back to the D.C. district court and, legal experts say, cracked open the door for similar litigation against other financial institutions.

The Jam dispute proceeds as international financial institutions are taking a closer look at the costs of climate change.

Those entities could face similar challenges in light of the Supreme Court’s ruling last year, but it will take some time for the judiciary to define the boundaries of the justices’ decision, said John Knox, a law professor at Wake Forest University.

"It’s going to be difficult to see exactly what the parameters or the opportunities for successful suits are going to be until those cases start to work their way through the courts," he said.

Knox cautioned against overstating the implications of the case, but he said the Jam decision reveals opportunities to pursue claims for risky projects outside of remedies available through the IFC or other institutions.

"It does open the door to suits against a class of really important actors in the climate financial world that, before Jam, it looked like couldn’t be sued at all," he said.

The threat of litigation looms large in those discussions.

In its annual assessment of business risks, released yesterday, the Allianz Group found that climate change concerns ranked seventh among surveyed companies. That’s the highest spot climate change has ever occupied on the Allianz Risk Barometer, the firm said.

Of the nearly 3,000 respondents, 33% said the threat of legal and regulatory action poses the most significant impact in relation to corporate climate risk.

In a separate announcement yesterday, the globe’s leading wealth manager unveiled a pledge to put climate front and center in its business strategy. BlackRock Inc., which manages $7 trillion in assets, said it will scrap thermal coal investments and encourage shareholders to invest more sustainably (Greenwire, Jan. 14).

"From Europe to Australia, South America to China, Florida to Oregon, investors are asking how they should modify their portfolios," BlackRock CEO Larry Fink wrote in his yearly letter to the world’s top companies and investors.

"They are seeking to understand both the physical risks associated with climate change as well as the ways that climate policy will impact prices, costs, and demand across the entire economy," he said.

No threat of ‘excessive liability’

Though the Supreme Court dashed claims for absolute legal immunity by the IFC and similar institutions, there are limits to who can launch such litigation in a U.S. court.

There is "a whole universe of law" surrounding climate liability that extends far beyond the scope of a single pollution case, said University of Notre Dame associate professor Diane Desierto. That body of law requires a close look at the chain of liability in a contract in order to raise a climate claim, she said.

"These development contracts are not cookie-cutter contracts," she said.

"There would have to be a lot of scrutiny paid as to who’s assuming liability, especially for possible remediation, mitigation, adaptation that’s going to be required in light of any possible climate impacts from ongoing development projects that don’t meet standards," Desierto said.

In order for a party to bring a case like Jam, a challenger would still need to show that the offender’s actions resulted in personal injury on U.S. soil or that harm was caused by commercial activity carried out in the United States.

The IFC argued to the Supreme Court that it should enjoy nearly limitless protection under the IOIA. Any other approach, the institution said, would unleash a flood of new lawsuits.

Chief Justice John Roberts, who led the court’s majority in Jam, disagreed, citing the ever-evolving immunity of sovereign governments since the act’s birth in 1945.

"The IOIA should therefore be understood to link the law of international organization immunity to the law of foreign sovereign immunity, so that the one develops in tandem with the other," he wrote.

He later continued: "Nor is there good reason to think that restrictive immunity would expose international development banks to excessive liability."