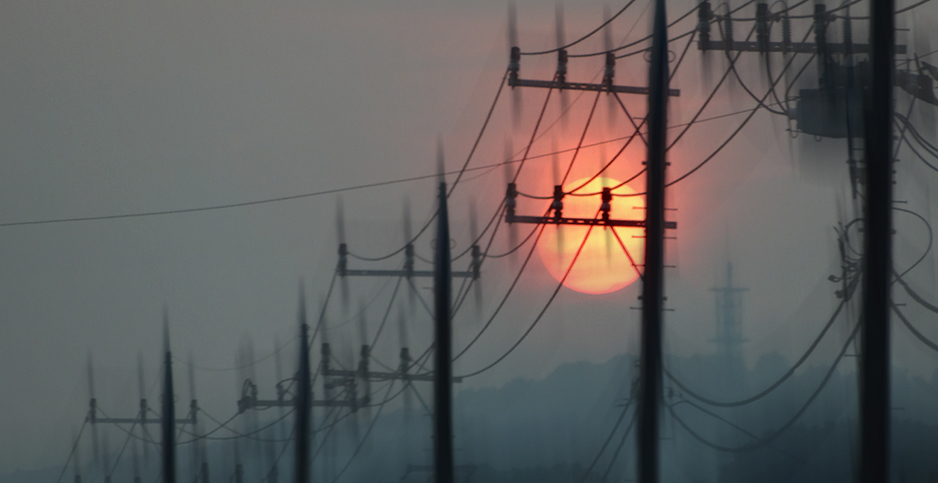 The World Meteorological Organization said this week that there's a 20% chance that "one of the next five years will be at least 1.5°C warmer than preindustrial levels." spinster cardigan/Flickr

Global temperatures are inching closer to a worrisome climate milestone, scientists reported this week. That doesn’t mean ambitious climate goals are out of reach, they say — but the deadline to act is rapidly approaching.

According to a new report from the World Meteorological Organization and the United Kingdom’s Meteorological Office, there’s about a 24% chance the world’s average temperatures will rise to 1.5 degrees Celsius above their preindustrial levels during at least one of the years between 2020 and 2024.

That’s a concern when set against international climate targets. The most ambitious goal of the Paris climate agreement is to keep global temperatures below a 1.5 C threshold, or a 2 C threshold at the very most.

At first glance, the report may seem to suggest the Paris Agreement’s toughest target is done for. A number of headlines yesterday indicated the news threatens a key climate threshold.

For now, though, it’s likely less dire than it sounds.

The new projections only look five years into the future — accounting for the influence of both human-caused global warming and natural fluctuations in the Earth’s climate. These variations, influenced by processes such as El Niño and other natural climate cycles, can cause some years to be slightly hotter or cooler than others in the short term, even as global temperatures generally are rising in the long term.

The report suggests that each of the coming five years is likely to be at least 1 C warmer than the Earth’s average temperatures were during the preindustrial era. And there’s nearly a 1 in 4 chance that one of those years will hit the 1.5 C mark.

But the projections don’t necessarily suggest the Earth’s temperatures will permanently stay at that level. Because of the way the Earth’s average temperatures naturally fluctuate up and down from one year to the next, they could dip back below the threshold again the following year.

Fluctuations from month to month are even more pronounced than they are from one year to the next. The report suggests that there’s about a 70% chance that at least one month over the next five years will cross the 1.5 C threshold — but, again, it may only last for that single one-month period.

If this happens, does that mean the world has missed the first Paris target? Not necessarily — although most scientists would agree the threshold is creeping steadily closer.

At issue is the question of how, exactly, to define the Paris temperature targets.

The Paris Agreement doesn’t clearly outline the criteria that determine when the 1.5 or 2 C threshold has passed. But according to most expert interpretations, the goal is to reduce greenhouse gas emissions fast enough that global temperatures stabilize permanently at a point below these temperature targets.

"There’s a danger of conflating short-term variability with long-term targets," said Zeke Hausfather, director of climate and energy at the Breakthrough Institute in Oakland, Calif., in an interview with E&E News. "Just because a single year … happens to pass 1.5 degrees doesn’t mean that every year going forward will."

Complicating the matter is that there’s no precise definition of a long-term pattern in the climate record. But if global average temperatures stayed above the 1.5 C mark for at least seven years or so, it would be pretty safe to say the threshold has passed for good, Hausfather said.

Other experts have highlighted the issue since the new projections were released.

"While this is another reminder of the Earth’s rising temperatures, it is important to note that it would not mean that the Paris Agreement’s long-term goal to limit warming to 1.5C will have been breached," wrote Richard Betts, a climate scientist with the Met Office, in a commentary published yesterday in Carbon Brief.

In fact, framing the projections in this way could undermine the seriousness of the Paris climate targets, he suggested.

Many of the climate impacts associated with at least 1.5 C of warming "would not be expected to appear suddenly in the first year or first month with temperatures at that level," he wrote.

"A lack of immediate climate impacts should not be used to claim that 1.5C is benign and it was all a fuss about nothing," he elaborated in a tweet yesterday. "Such claims would be disingenuous and would not reflect what the science has actually said. A rise of 1.5C is expected to lead to major impacts long-term."

That said, the 1.5 C target is rapidly approaching.

It may not permanently pass in the next five years, but scientists believe it’s possible in the next couple of decades if global temperatures continue to rise at their current rate.

"The fact that we’re not necessarily formally going to pass 1.5 C in the next five years doesn’t mean that it’s easy to achieve 1.5 or even probable," Hausfather said.

A stark report from the Intergovernmental Panel on Climate Change in 2018 suggested it’s still technically possible to achieve the 1.5 C goal — but global carbon emissions must drop to zero by the year 2050, with significant reductions already made by 2030.

It’s a timeline that would require an unprecedented overhaul of global energy, transportation and land use systems. At the moment, international commitments under the Paris climate agreement are nowhere near enough to get it done in time.

"While it’s not impossible, we certainly don’t see the political will evident today for those sorts of reductions," Hausfather said. "I’m personally not very confident that we’re going to be able to limit global warming to 1.5 degrees. That makes it all the more important to make sure we take enough action to limit it to below 2 degrees."