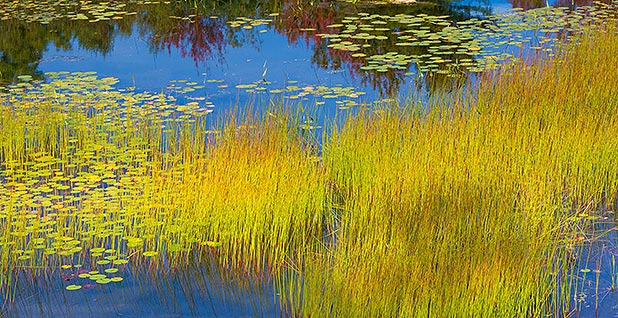 The Supreme Court will be hearing arguments on where to challenge the Obama administration's contentious Clean Water Rule. Petr Kratochvil/PublicDomainPictures.net

The Supreme Court this week will wade into a legal dispute that could have big consequences for the Trump administration as it attempts to repeal and replace the Obama-era Clean Water Rule.

The fight — over whether challenges to the Obama rule belong in federal appeals or district courts — may not draw the biggest headlines of what’s expected to be a blockbuster Supreme Court term.

But the court’s decision will determine the venue for future Clean Water Act disputes, including over the Trump administration’s replacement rule, which is expected to protect fewer waterways than the Obama measure. The government is hoping to preserve review in appeals courts, which are less tilted toward overturning federal actions.

Justices on Wednesday will hear an hour of arguments in the case. The fight will likely come down to how literally the court’s nine justices read the language of the Clean Water Act.

Going into Wednesday’s arguments, though, legal experts say it’s hard to forecast the breakdown in the court. Which courts have jurisdiction over Clean Water Act litigation is a gray area where partisan divides don’t always predict the outcomes of cases. Environmental groups, for example, have lined up on both sides of the issue.

"This is not really a partisan political issue. It’s an issue that the courts — Supreme Court and lower courts — have wrestled with for decades," said Steve Samuels, a Clean Water Act expert and former Department of Justice attorney.

"I think there could be a surprise in there," he said. "I think there might be a justice who doesn’t go along the predictable tract."

The Obama administration rule — also known as Waters of the U.S., or WOTUS — attempted to clarify which wetlands and streams receive automatic protection under the Clean Water Act. U.S. EPA and the Army Corps of Engineers issued the joint rule in 2015.

Dozens of parties sued over it in both appeals and district courts. In January, the Supreme Court agreed to take up a petition by the National Association of Manufacturers seeking to overturn the 6th U.S. Circuit Court of Appeals’ February 2016 decision that it has jurisdiction over challenges.

The turf fight centers on Section 509 of the Clean Water Act, which contains the law’s judicial review provisions. The law stipulates that appeals courts have jurisdiction over challenges to "any effluent limitation or other limitation," as well as permit approvals or denials. Other legal disputes go to district courts.

In its petition to the Supreme Court, NAM argues that the Clean Water Rule belongs in district court because it is a definitional rule that itself does not impose any discharge limitations or approve any permits. "A plain reading of the statutory text is enough to require reversal" of the 6th Circuit decision, NAM says (E&E News PM, April 27).

Backing the group are states opposed to WOTUS, farm and business groups, and a coalition of environmental organizations that believe the Obama rule didn’t go far enough in protecting the nation’s waterways (Greenwire, May 2).

On the other side of the dispute are the Trump administration, Natural Resources Defense Council and National Wildlife Federation. They argue that challenges fall within the purview of appeals courts because the rule established the boundaries of the Clean Water Act’s ban on pollutant discharges and EPA’s permitting authority.

NAM seeks an "irrational bifurcation" in which challenges to specific discharge limits go to appeals courts, while rules governing the geographic scope of those limits go to district courts, the Justice Department said in a court brief.

But the government argues that upholding the 6th Circuit’s decision to keep the Clean Water Rule challenges in appeals courts "facilitates quick and orderly resolution of disputes concerning important rules that govern the scope" of the Clean Water Act (Greenwire, Aug. 4).

Justice Anthony Kennedy is typically the swing vote in Clean Water Act litigation that makes its way to the Supreme Court. But because the case doesn’t get into the merits of the Obama-era rule, legal experts said it’s harder to predict the outcome this time around.

"It’s hard to pigeonhole this in terms of the philosophical leanings of all the justices," said Larry Liebesman, a former Justice Department attorney who is now a senior adviser with the Washington water resources firm Dawson & Associates. "I don’t think this is an easy kind of 5-4 thing. It could be 5-4. It could be 9-0."

But ahead of the arguments, legal experts said the justices who are considered textualists — or those who adhere to the literal meaning of statutory text — may be more likely to back parties who think the rule should be heard in district courts. Justices Clarence Thomas, Samuel Alito and Neil Gorsuch of the court’s conservative wing are in that camp.

The court’s liberal wing may be more apt to consider the practical implications of litigating the rule in many district courts around the country and send challenges to appellate courts.

"On the one hand, there’s the purely textual interpretation of 509, which is likely to appeal to the more conservative justices, including Justice Gorsuch, who is an unabashed textualist," Samuels said. "The other approach is a more functional approach that looks at the statutory text language and tries to evaluate what’s practical, what could Congress have intended, regardless of the actual words used."

‘A lot of moving pieces’

The Trump administration earlier this year tried to suspend the Supreme Court suit, arguing that it should be held in abeyance while it reconsiders the Obama rule. But justices decided to go forward with the case, indicating they think the issue will be important in future Clean Water Act litigation (Greenwire, April 3).

If the court decides that lawsuits over the rule belong in district courts, legal experts say it could make it easier for environmental groups and their state allies to fight whatever replacement comes out of the Trump administration. That’s because they can shop around for a sympathetic judge who has the power to issue a nationwide injunction of the rule (Greenwire, Aug. 24).

Foes of the Obama rule are also wary of sending challenges to the Trump administration’s replacement to appeals courts.

"Although the WOTUS rule is being revised by the Trump administration, the outcome of this case is still an urgent matter," said Reed Hopper, a senior attorney at the Pacific Legal Foundation who represented a landowner in the infamously muddled 2006 Rapanos Supreme Court decision that led the Obama administration to issue the Clean Water Rule.

"Who knows whether revisions will go far enough?" Hopper said. "Moreover, if the EPA succeeds in blocking lawsuits over the WOTUS rule, other government agencies could use the same ploy to shield their regulations from judicial review."

Timing of the Supreme Court’s decision could be important.

As the case has been briefed in the high court, the administration wrapped up a public comment period on a proposal to repeal the Clean Water Rule, the first step toward replacement. The administration is expected to later issue a second, replacement rule based on the late Justice Antonin Scalia’s interpretation of the Clean Water Act in Rapanos (Greenwire, Sept. 28).

If the repeal rule is not issued by the time the Supreme Court decision comes out and if justices decide that review belongs in district courts, a big question is what would happen to the nationwide stay of the rule that the 6th Circuit issued.

If the repeal rule does come out before the Supreme Court’s decision, parties may start filing lawsuits in both district and appeals courts as they did with the Obama administration’s rule. That could lead to more confusion until the Supreme Court issues a definitive decision on the legal venue.

"There are a lot of moving pieces on all of this," Liebesman said.