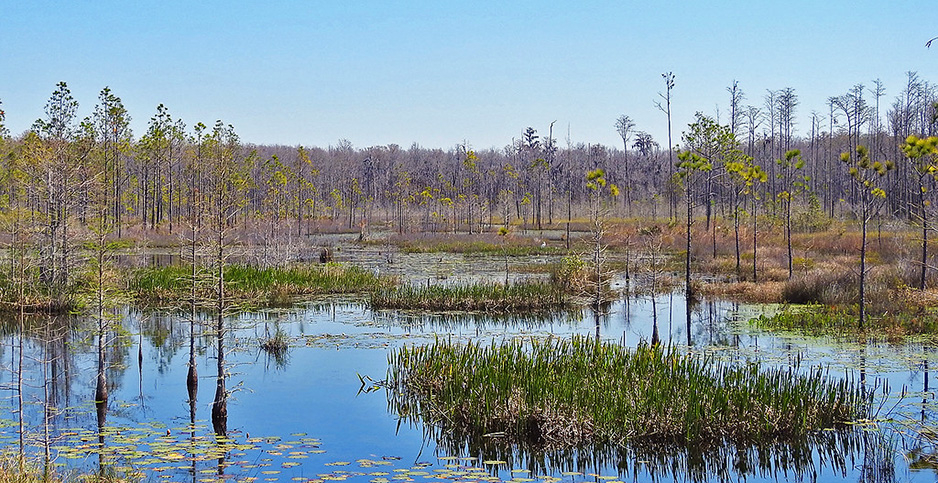 Get ready for a surge of lawsuits over the Trump administration’s decision to walk back Obama-era protections for wetlands and streams.

Opponents to the administration’s take on which water bodies are considered "waters of the United States" under the Clean Water Act already launched at least two challenges this week, kicking off the next round of courtroom action. The cases add a new dimension to what could soon be a complicated legal quagmire over the Obama administration’s WOTUS rule and the Trump administration’s efforts to both erase and replace the regulation.

Court watchers say it’s not yet clear whether challenges to the Clean Water Rule repeal will wipe out an existing body of litigation over the 2015 regulation. Legal experts expect the fight to eventually make it to the Supreme Court, but they can’t predict when.

And unlike with Clean Air Act disputes, which must be hashed out in a central venue — the U.S. Court of Appeals for the District of Columbia Circuit — the Supreme Court ruled in the 2017 case National Association of Manufacturers v. Department of Defense that battles over the Clean Water Rule must first be heard in federal district court.

The upshot: Lawsuits over the many iterations of the WOTUS rule could be scattered across multiple benches.

A coalition of environmental groups yesterday called on the U.S. District Court for the District of South Carolina to undo the Trump administration’s "arbitrary and unlawful" attempt to erase the Obama rule from the books.

"[T]he manner in which the repeal has been carried out — in essence, by executive fiat — betrays an extraordinary disregard for federal rulemaking requirements and the views of the American public," the South Carolina Coastal Conservation League, Natural Resources Defense Council and other groups wrote in their complaint.

"They didn’t follow the rules in coming up with new rules," said Southern Environmental Law Center attorney Blan Holman, who is representing the challengers in the case.

And the New Mexico Cattle Grower’s Association sued Tuesday in the U.S. District Court for the District of New Mexico, arguing that EPA and the Army Corps of Engineers cannot revert to 1986 regulations governing which wetlands and waterways are protected by the Clean Water Act.

Those 30-year-old rules will once again stand as the law of the land nationwide when the Trump administration’s WOTUS repeal takes effect in December. Until then, there are 22 states in which Obama’s WOTUS rule is still in effect. The 2015 regulation is blocked in 27 other states, and its status in New Mexico is unclear.

Pacific Legal Foundation attorney Tony Francois said his clients "are not going to sit around and wait" for Trump’s EPA and Army Corps to issue a new WOTUS definition.

"The date keeps changing, and who knows who gets elected in the next election, which could swing the pendulum in the other direction," he said. "In the meantime, our clients have to use their property, make a living and know what the law is they have to comply with."

More lawsuits over the WOTUS repeal rule are expected in the coming weeks.

While the Trump administration’s WOTUS replacement rule, slated for release at a later date, is expected to trigger the most significant round of courtroom wrangling, the repeal rule could carry its own legal vulnerabilities.

In a document locking in the repeal rule, EPA and the Army Corps said the Obama administration’s WOTUS definition did not adhere to the legal limits of the Clean Water Act’s scope and did not adequately recognize state authority, among other failings.

"They’ve done a decent job in boring down on those problems and laying out a rationale for repealing the 2015 rule," said Liebesman, who is now a senior adviser at the consulting firm Dawson & Associates.

But the Trump administration’s attempt to eventually move toward Justice Antonin Scalia’s opinion in the same case that the Clean Water Act should cover only waterways with "relatively permanent" surface water connections to navigable waters could prove harder to defend in court, he said.

On the repeal, Liebesman said courts could fault EPA and the Army Corps for knocking down — but not revisiting — a 300-page "connectivity report" on the relationship between small water bodies and larger resources that the Obama administration used as the basis for its WOTUS rule.

"One of the questions in my own mind is, why didn’t they go back and do a second look at the science?" Liebesman said.

University of Utah S.J. Quinney College of Law professor Robin Kundis Craig said EPA and the Army Corps may have opened themselves up to judicial scrutiny by offering a long explanation for repealing the Clean Water Rule, given the courts’ history of striking down the Obama definition.

"All they needed was that courts have been overturning it," Craig said. "They’ve invited attacks on their reasoning."

Alston & Bird attorney Paul Beard said the regulated community will be watching the proceedings to see whether the courts finally clear up the WOTUS patchwork and eventually lock in a consistent definition of a water of the United States.

"It’s created a lot of headache," he said.

What happens to lawsuits over the Obama WOTUS rule?

Many legal experts say litigation over Trump’s repeal rule will wipe out a long line of Obama WOTUS lawsuits sitting on federal court dockets across the country.

But some court watchers also speculate that challengers of the 2015 rule might wish to preserve their arguments in the event that a judge decides to scrap the repeal.

"They will be locked out" if they don’t keep their lawsuits alive, said Brendan Collins, a partner at the law firm Ballard Spahr. "They had their shot. They had their case."

The U.S. District Court for the Northern District of Florida last month froze a lawsuit over the 2015 rule for 75 days until the Trump administration’s repeal goes into effect, although challengers in the case have urged the court to eventually reach a ruling on the merits of the Obama administration’s WOTUS definition (Greenwire, Sept. 24).

"Rulemaking concerning the phrase ‘Waters of the United States’ has settled into a now familiar pattern of publication, lawsuits, and stays," opponents, led by the Southeast Stormwater Association Inc., said at the time. "The wheel will turn again once the federal agencies publish the Repeal Rule. Lawsuits will follow. Stays may too."

A couple of weeks later, the 10th U.S. Circuit Court of Appeals, which is shepherding a fight over a lower court order denying a request by the state of Oklahoma and business interests to block the Obama WOTUS rule, said it would not pause proceedings but may eventually drop the case in light of the repeal rule (Greenwire, Oct. 8).

Green groups this week staked out their right to fight the U.S. District Court for the Southern District of Georgia’s smackdown of the Obama Clean Water Rule in the 11th U.S. Circuit Court of Appeals (Greenwire, Aug. 22). The future of that challenge remains uncertain.

No matter how the courts come down on the Trump administration’s repeal and replacement WOTUS rules, the fate of the Obama administration’s definition of waters of the United States seems set in stone, said Jonathan Adler, a law professor at Case Western University.

"I don’t think the arguments against the repeal of the 2015 rule are that strong, especially given the legal problems that have already been found in court," he said.

"The real question is can the Trump administration replace it with something else?"

Will WOTUS make it to the Supreme Court?

"It’s inconceivable to me that the court won’t be interested in looking at this rule," said Tim Bishop, a partner at the law firm Mayer Brown who has represented industry interests in environmental cases before the Supreme Court.

But exactly when the issue will make it to the justices is anybody’s guess.

Supreme Court intervention on litigation over the Trump repeal rule is a possibility if a lower bench issues a nationwide injunction blocking the rollback, said Bishop.

While the Trump administration has been highly critical of nationwide injunctions — even against policies it does not favor — WOTUS challengers in the farming and energy industries have pressed judges to broaden rulings against the Obama rule to avoid a "patchwork regulatory environment" (Greenwire, Sept. 9).

With the Trump administration’s WOTUS repeal and replacement in the works, it seems unlikely the justices would take up a case stemming from the body of litigation over the Obama rule, Lewis & Clark Law professor Craig Johnston said.

"The playing field is shifting too fast," he said.

Johnston expects the Supreme Court will eventually step in once legal challenges over the Trump administration’s WOTUS replacement rule have made their way through the lower courts. It’s unclear how long that could take or whether a new administration could throw a wrench in the process.

"I’m waiting for the big show," Johnston said, referring to the release of Trump’s replacement regulation.

"That’s when the fireworks will really start."