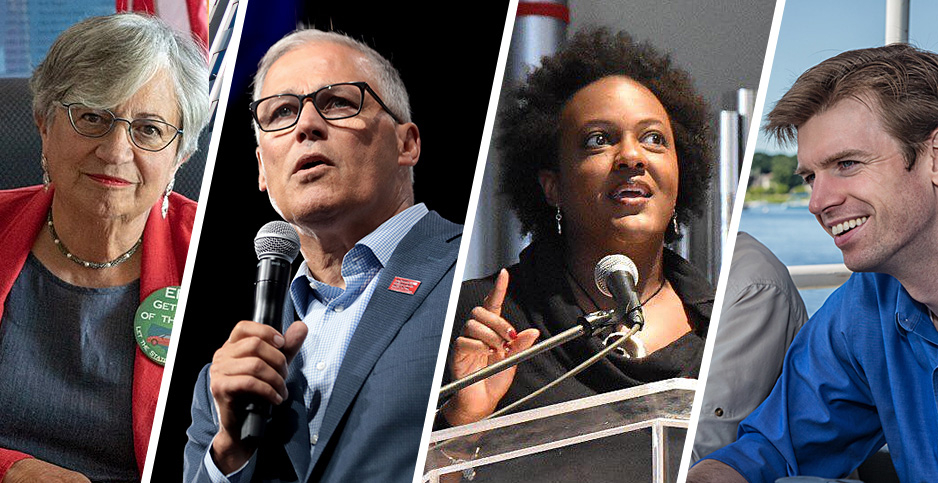 President-elect Joe Biden’s EPA administrator could be a history-making leader of the agency — if the nominee can pass muster with a possible Republican-held Senate.

On the campaign trail, Biden pledged to combat climate change and address environmental justice. The Biden EPA will also look to overturn much of the deregulatory work of its Trump predecessor, which will take years of rulemaking to restore and strengthen prior environmental regulations.

But the agency could be hampered by a Republican-controlled Senate that could influence who is picked for administrator. It’s questionable how quickly Sen. Mitch McConnell (R-Ky.), who is expected to remain majority leader if the GOP maintains control of the upper chamber, would move on Biden’s nominees, if at all.

Before the election, Democrats had hopes of winning the Senate. At this point, to flip control of the chamber, Democrats will need to win two runoff Senate races in Georgia this January. Since that possibility now looks slim, Biden may not pick more progressive choices for EPA administrator.

"I’m sure some people’s stock has risen or has fallen. It’s not the same scenario that everyone was envisioning before the election," a Democratic lobbyist told E&E News.

Those with red state credentials may have a better chance of being nominated. Others who are liberals’ favorites may appear less attractive now given Senate dynamics.

"They might say, ‘California, are you kidding me?’" the lobbyist said about how Republican senators may react to Biden’s EPA pick. "’A Mississippi EPA administrator? That doesn’t sound like socialism.’ That might be the impact."

Amid worries that Biden’s choice of EPA administrator may be bogged down in a GOP-led Senate, the incoming administration could turn to acting officials to lead the agency. President Trump has done so in several cases, but that in turn has resulted in legal turmoil that may void those officials’ decisions (Greenwire, Oct. 17).

EPA also has a special hiring authority under the Safe Drinking Water Act. The power allows the EPA administrator to appoint personnel to up to 30 "administratively determined" positions at the agency without consideration of civil service laws.

Under the Trump administration, EPA made extensive use of the authority to bring staff on quickly. Several of the AD hires were later converted to political appointees. Yet some of former EPA Administrator Scott Pruitt’s close aides were given hefty pay raises using the hiring authority, which attracted controversy and scrutiny from Congress.

Kevin Minoli, former principal deputy general counsel at EPA, told E&E News he doesn’t think Biden will be deterred by a Republican-controlled Senate in picking who he wants to lead EPA.

"He will pick people who are consistent with his positions, and those people are likely to be confirmed," said Minoli, now a partner at the law firm Alston & Bird LLP. "It would be extraordinary even in partisan times for a Senate body to outright refuse to confirm nominees because of policy positions."

Plenty of state environment regulators and former top EPA officials have been mentioned as potential nominees for EPA administrator in a Biden administration.

Mary Nichols, chairwoman of the California Air Resources Board, is one name on several people’s lips.

Nichols has tangled frequently with the Trump EPA, specifically over its rollback of Obama-era clean car standards and targeting of California’s Clean Air Act waiver that allowed the state to set tougher emissions limits. She’s a veteran environmental warrior, having led EPA’s air office during the Clinton administration, and her nomination would be seen as restoring the agency to the front lines of battling climate change.

Heather McTeer Toney has also been named as a potential EPA administrator.

McTeer Toney was EPA’s Region 4 administrator during the Obama administration’s later years, overseeing agency operations in the Southeast. Before that, she was mayor of Greenville, Miss. — its youngest mayor as well as first female and Black mayor. She’s now a senior director for Moms Clean Air Force, an environmental group.

Others may be up for consideration for the EPA post, including Washington Gov. Jay Inslee (D), who ran a climate-focused 2020 presidential campaign; former Washington Gov. Christine Gregoire (D); Daniel Esty, who led the Connecticut Department of Energy and Environmental Protection and now teaches law at Yale University; and Katie McGinty, who chaired the White House Council on Environmental Quality under President Clinton and later led the Pennsylvania Department of Environmental Protection.

Others with ties to Biden’s home state may enter consideration to be his EPA administrator.

Collin O’Mara, president and CEO of the National Wildlife Federation, is also the former head of the Delaware Department of Natural Resources and Environmental Control. Shawn Garvin now leads that state environmental agency and is also a former EPA Region 3 administrator.

Data for Progress, a progressive think tank, in a report released earlier this year floated several of those names as well as Rep. Alexandria Ocasio-Cortez (D-N.Y.), who has pushed for the Green New Deal, and Maia Bellon, formerly director of the Washington State Department of Ecology.

Biden’s nominee to lead the agency could face a tough fight no matter who controls the Senate. The EPA administrator’s confirmation process has increasingly become a more partisan battle in recent years.

Lisa Jackson, President Obama’s first EPA administrator, was confirmed by the Senate on a voice vote two days after his inauguration in 2009. But Gina McCarthy, Jackson’s successor at EPA, waited months before being approved on a 59-40 vote in 2013.

Pruitt, Trump’s first EPA administrator, was confirmed almost a month after the president’s inauguration in 2017 with an even tighter vote of 52-46. EPA Administrator Andrew Wheeler also had a tough nomination battle last year and garnered the most recorded "no" votes of any pick to lead the agency at 52-47 (Greenwire, Feb. 28, 2019).

The confirmation of an EPA administrator can come with high drama. Senate Republicans boycotted the Environment and Public Works Committee vote on McCarthy’s nomination. Senate Democrats did the same for Pruitt’s committee vote.

Sen. John Barrasso (R-Wyo.), the panel’s chairman, took issue with committee Democrats sitting out the vote on Pruitt’s nomination. Regarding members of his party taking similar action against McCarthy, Barrasso said they "were not stopping President Obama from setting up his government" (Greenwire, Feb. 2, 2017).

Republicans may be quiet about plans to stall Biden from forming his Cabinet. With the Senate runoff races that could decide control of the chamber, Democratic voters could be motivated by GOP-led obstruction.

"McConnell is handing Democrats a huge messaging opportunity in Georgia by saying he is going to block Biden’s Cabinet," said a Democratic consultant who works with environmental groups. "The argument will be, why send [Sen. David Perdue (R-Ga.)] and [Sen. Kelly Loeffler (R-Ga.)] back to Washington to undo the election you just won for Joe Biden?"