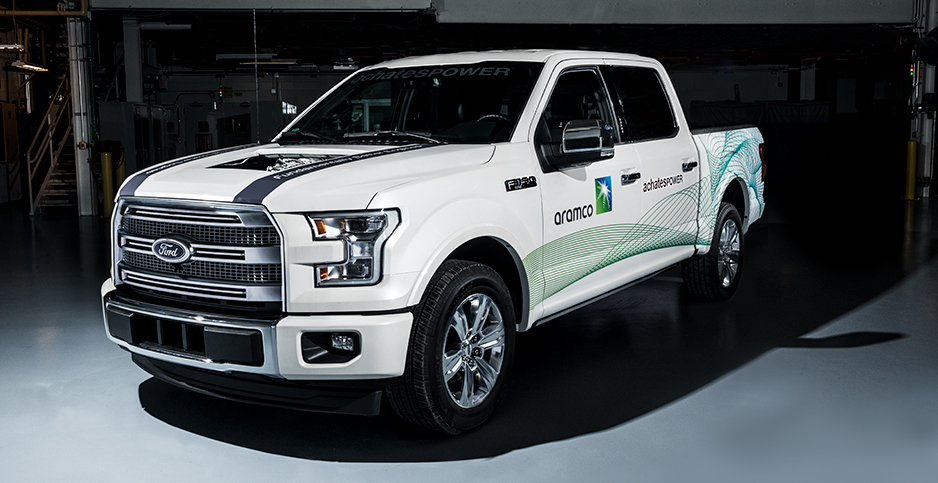 One of the puzzles facing government regulators is the long, unpredictable journey that a promising invention for reducing greenhouse gases can make before it takes off.

Consider the wayward path of the opposed-piston engine.

It was invented in the late 1890s by Hugo Junkers, who owned a company that made boilers and radiators in Dessau, Germany. The engine, though, had to wait 20 years for Junkers’ next invention — an all-metal airplane — before it found a problem it could solve. It had the power and the light weight needed to get the plane off the ground.

In the 1930s, the emerging Nazi government saw how Junkers’ engines could propel the family of bombers that were to terrorize Europe during World War II. When Junkers, a socialist, disagreed with the Nazis, they took over his company and put him under house arrest, where he died in 1935.

The biggest and the longest-range Junkers bomber was called Amerika because it was designed to cripple U.S. cities. But the war ended before it took off. In the 1960s, U.S. regulators took a closer look at the opposed-piston engine. They decided to ban it, along with most other so-called two-stroke engines, because its emissions violated new air pollution limits. Within a few decades, all two-stroke engines disappeared from U.S. roads.

That’s where things stood until one day in 1998, when James Lemke, a California physicist and amateur pilot, took two books with him to read at the beach. They covered the theory and practice of the internal combustion engine, and Lemke was enthralled by the page describing the Junkers engine. With a modern computerized design and controls, he believed, it could become one of the cleanest and most fuel-abstemious car and truck engines ever invented.

Next year, with help from the state of California, the U.S. Department of Energy and some of the world’s largest oil companies, the Lemke modification of the Junkers engine will hit California’s roads. The prototype engines will be under the hoods of a fleet of new semitrailer trucks.

They will test the engine’s ability to help the state with the toughest carbon dioxide and smog rules in the United States.

"We figured out a combustion system that combined very low criteria emissions such as nitrogen oxides along with low carbon dioxide," said Larry Fromm, executive vice president for Achates Power Inc., the San Diego company that Lemke founded in 2004 to develop and license opposed-piston engine intellectual property to manufacturers. Lemke, who developed the first versions in his garage, died earlier this year.

The company has met with most of the world’s major engine manufacturers, Fromm, an engineer, recalled. And the initial reaction was almost always the same: a yawn. This was another technological fairy tale.

"They would come in with a heavy dose of skepticism. They would remind us that a lot of very different designs have been tried, but we’re still using the same central architecture that we used when Henry Ford started putting engines together. That’s because the design is really good," Fromm said.

The manufacturers became uneasy after Lemke, Fromm and others explained the physics of the engine: Two pistons move toward each other in each cylinder, producing more power and less heat with fewer moving parts.

If this new engine did work, that would mean "a major challenge for them," Fromm explained. Almost everything about engine manufacturers’ business and their suppliers’ would have to change.

"It’s hard to argue that there is really a more efficient, cleaner internal combustion engine that will find its way into the market, but that’s what we were doing," Fromm said.

The first breakthroughs, he said, came from the Army and its supplier: Cummins Inc., the world’s largest independent diesel engine manufacturer.

The Army wanted new engines for its future main battle tank and for an updated version of the Bradley Fighting Vehicle. The possibility that Achates could deliver a smaller, cooler-running, yet more powerful and efficient engine was a big selling point for both Cummins and the military. The Department of Defense has invested $14 million to explore the Achates design.

Fearing the arrival of the electric car, some of the oil majors had begun to dabble with alternative fuels. Exxon is experimenting with a cleaner biofuel made from algae. Shell invested in a network of stations selling hydrogen for fuel cell-powered cars in Germany.

Then came Saudi Arabian Oil Co., an OGCI member that styles itself as the largest energy and chemical company in the world. Starting around 2010, Saudi Aramco began seriously investigating alternative engine designs that could emit substantially less CO2 compared with conventional gasoline and diesel fuels.

"For some, the idea of an oil and gas company positively contributing to the climate challenge is a contradiction. We don’t think so," the company announced.

Saudi Aramco added Achates to its list of automotive research partners. In one project, the oil company is working with Mazda Motor Corp. on gasoline "compression engines" that mimic diesel engines by igniting fuel with compression and thus eliminating spark plugs. Another involves "mobile carbon capture," or a vehicle that lowers its emissions by collecting CO2 and storing it onboard, where it can later be removed and recycled into other products like coatings, adhesive and sealants.

The Saudi company has reported its work with Achates is on a three-cylinder version of its engine that could include gasoline compression and CO2 storage technologies, with an aim of increasing fuel economy by up to 50%.

A final push came from CALSTART, a nonprofit that works with 210 firms to promote clean transportation technologies. It helped Achates organize and win a $7 million grant from one of the most sophisticated regulators in the world, the California Air Resources Board (CARB).

CARB’s grant will help Achates develop a diesel-powered semitruck engine that can produce 10% less CO2 than the limit California plans to impose in 2027. Bill Van Amburg, executive vice president of CALSTART, which will manage the research program, predicts that the more than century-old engine design will find a "sweet spot in the emerging commercial world."

That’s because heavy trucks pose one of the world’s worst CO2 emissions and smog problems, particularly in urban regions.

"You go through the megacities around the world, and it’s diesel engines that are causing the biggest part of these problems. We see a really good opportunity here," Van Amburg said.

Achates’ first prototype engines in California will be in Peterbilt truck fleets owned by Tyson Foods and Walmart. Eventually, semi fleets may be replaced with trucks that have battery-powered electric motors or fuel-cell engines that make their electricity from hydrogen fuel.

"We will see a mix and a blend," Van Amburg predicted.

But for the near future, it’s the engine invented in the 1890s that may become the low-carbon king of the road.