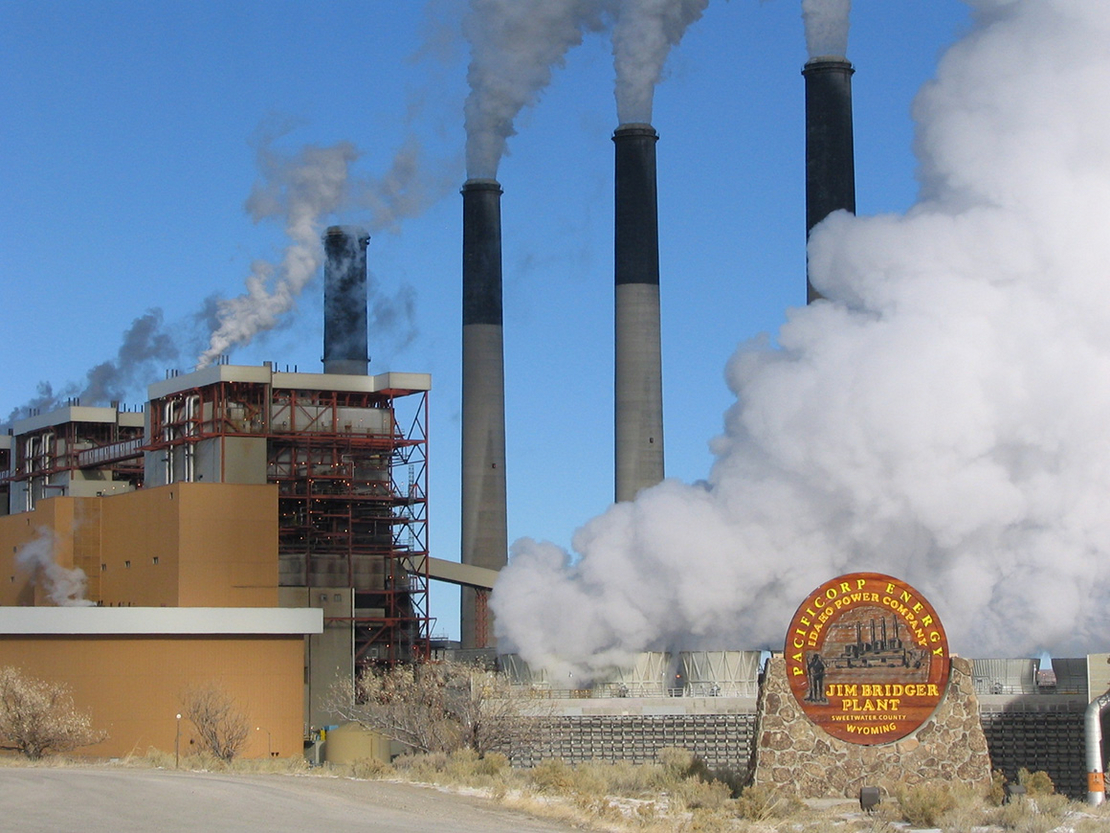 EPA and Wyoming leaders appear close to ending an impasse that has clouded prospects for both the state’s largest power plant and four nominees for top EPA positions.

Under an approach touted by Wyoming Gov. Mark Gordon (R), a newly signed court consent decree would lock in PacifiCorp’s previously announced plans to convert two of the Jim Bridger power plant’s four coal-fired units to natural gas by 2024 in place of installing new controls for nitrogen oxides that were previously required under an EPA-approved plan to cut haze-forming pollution.

While noting that procedural steps remain, “I am cautiously optimistic that this agreement will actually stick,” Gordon said in a news release yesterday that also thanked EPA Administrator Michael Regan for “constructive dialogue” at a meeting last month.

Asked by E&E News for comment, EPA spokesperson Lindsay Hamilton said in an email today that “we are encouraged by this development and Wyoming’s and PacifiCorp’s agreement to include these commitments “ in the revised state implementation plan. She similarly voiced Regan’s appreciation for the state’s efforts.

Last month, EPA proposed to reject an earlier revision that does not incorporate the commitment, prompting Sen. Cynthia Lummis (R-Wyo.) to block further Senate action on the nominations of the four candidates, including President Biden’s picks to head EPA’s enforcement and solid waste offices (E&E Daily, Jan. 24). As of today, “the holds are still in place and we’re following the situation closely,” Abegail Cave, a spokesperson for Lummis, told E&E News.

E&E News had previously reported the terms of the tentative deal earlier this month (Climatewire, Feb. 7). Without it, one of the Bridger plant’s units could close as early as April. The plant has a generating capacity of about 2,100 megawatts, according to EPA; it is also one of the nation’s leading power industry sources of carbon dioxide, nitrogen oxides (NOx) and sulfur dioxide. But more than 500 people work at the facility and an affiliated coal mine, making it a major employer, as well. Under the consent decree, Oregon-based PacifiCorp will also seek proposals for carbon capture facilities to be added at the plant’s other two generating units.

However the standoff ends, it marks the latest in a long-running string of clashes between EPA and regulators in Republican-leaning states over the scope of the agency’s regional haze program, which aims to improve visibility in more than 150 national parks and wilderness areas.

Coal-fired power plant emissions of NOx are a key driver of haze formation; under the terms of Wyoming’s 2014 haze reduction plan, PacifiCorp was supposed to install a type of NOx control known as selective catalytic reduction on one of the coal-fired units by this past December and the other by the end of this year, said Shannon Anderson, staff attorney for the Powder River Basin Resource Council, a grassroots advocacy group.

“We’re definitely concerned that this is a kind of a sweetheart deal,” Anderson said. “It basically gives PacifiCorp what they want, which is to keep burning coal” at the two units without the added controls, “and then convert to gas.” The public comment period on EPA’s tentative disapproval of Wyoming’s plan amendment ended yesterday, meaning that the agency still has to weigh the resulting feedback before coming to a final decision. EPA, she said, “really should not say yes until they go through the public process.”