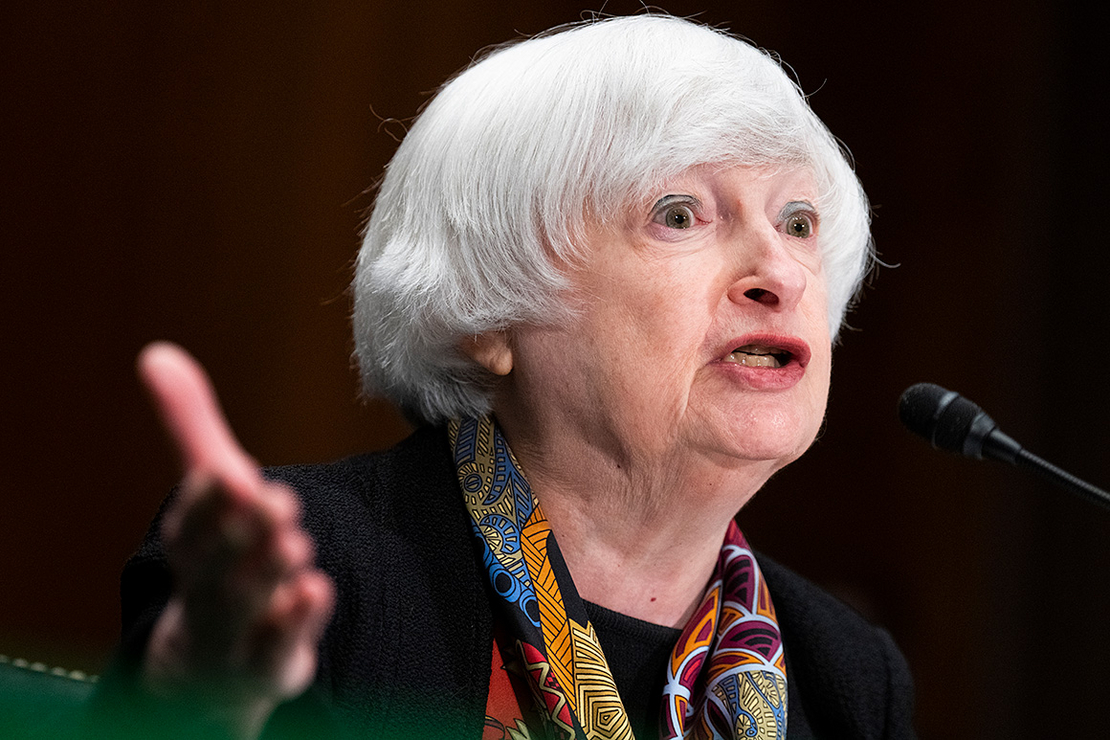 Yellen, appearing before the Senate Banking, Housing and Urban Affairs Committee, defended a Securities and Exchange Commission rulemaking. She also backed the creation of a climate committee on the Financial Stability Oversight Council, an arm of the Treasury Department created by the Obama-era Dodd-Frank Wall Street Reform and Consumer Protection Act to monitor the financial sector’s stability.

Yellen said the effects of climate change can be a source of shocks to the financial system. She said the committee and the SEC climate risk disclosure rule would help defend the United States from instability.

“I think we need private-sector actors, including financial institutions, to be taking the long view, and we need to make sure that they have the information that they need to evaluate their own risks, that supervisors and regulators need to be evaluating those risks, as well,” Yellen told lawmakers.

“And that’s an important part of the agenda of FSOC, is to amass the information that will enable that evaluation of risks, both by financial institutions and by regulators,” she said.

Committee ranking member Patrick Toomey (R-Pa.) and other Republicans have suggested the financial system would be better served if agencies focused on threats like cybersecurity (E&E Daily, May 10).

“Can you name a single financial institution in America that has failed as a result of severe weather events in the last 50 years? I don’t think there has been one, and every single year, we have blizzards. We have hurricanes. We have wildfires, and sometimes they’re horrendous. And some of them have been recent, but we’ve never had a single financial institution fail, much less the entire financial system,” Toomey said. “So I think it’s pretty clear. … There’s really no physical risk that’s even remotely imminent.”

Republicans today said climate action would make energy prices worse. Yellen told lawmakers that while the United States may need to rely on fossil fuels in the short term, a move toward renewables would provide the U.S. economy with more stability.

“I feel what the real moral of the situation we face is that as long as we are as dependent as we are on fossil fuels in our energy supply, that we will always face vulnerabilities from the decisions of Russia or other countries. We face geopolitical risk, and what we need to do is transition to renewables, and we need to deal with climate change,” Yellen said.

The House Financial Services Committee is set to hold a hearing with Yellen on Thursday.