Yellowstone bison will be studied for federal protection 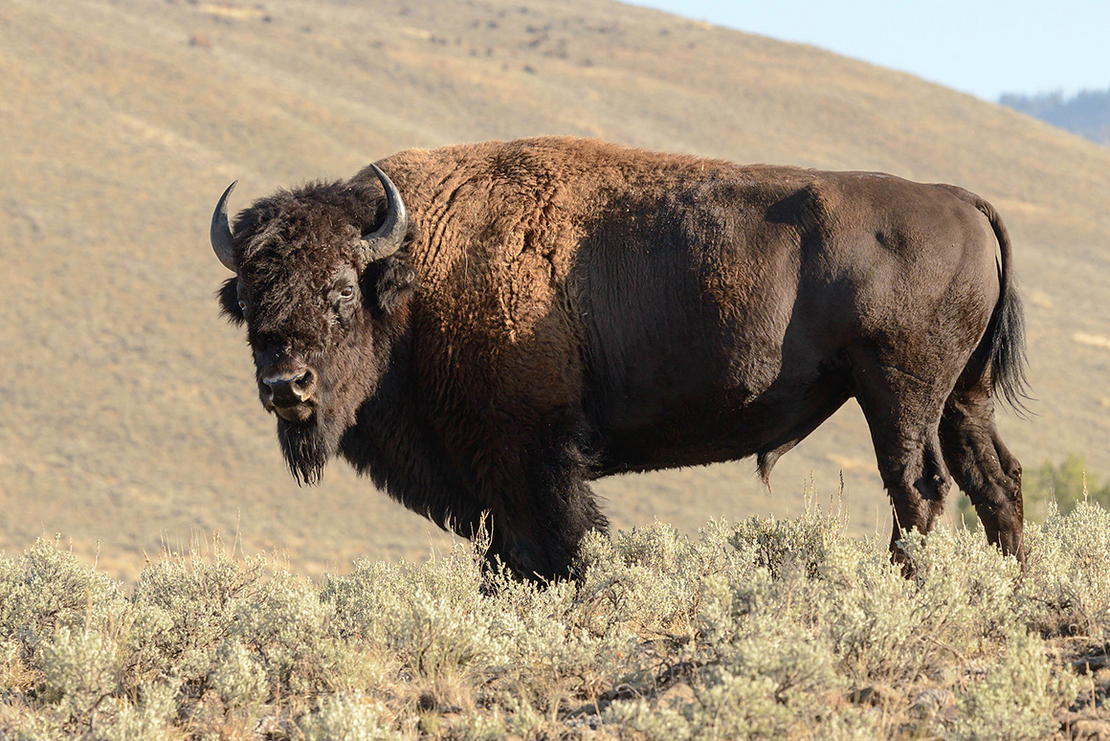 A bison at Lamar Valley in Yellowstone National Park. rwarrin/Flickr

Yellowstone-area bison — an animal not to be trifled with — will now be studied for possible protection under the Endangered Species Act.

Following an initial review that happened to coincide with a dicey encounter between an aggrieved bison and an overly curious park visitor, the Fish and Wildlife Service today announced that several petitions presented “substantial” information indicating that ESA protections “may be warranted.”

“We find that the petitioners present credible and substantial information that range curtailment may be a potential threat to the Yellowstone bison,” the agency stated.

This so-called 90-day finding will now lead to a 12-month assessment of whether to list under the ESA a distinct population segment of the plains bison in and around Yellowstone National Park.

The upcoming assessment has been years in the making, and it’s starting with a reminder that respect is owed the surprisingly fleet-footed animal that can tip the scales at upward of 2,000 pounds.

On Monday morning, Yellowstone National Park officials reported that a 25-year-old woman from Grove City, Ohio, came within 10 feet of a bison near a boardwalk at Black Sand Basin, just north of Old Faithful.

“The female, on the boardwalk, approached it,” the park stated. “Consequently, the bison gored the woman and tossed her 10 feet into the air.”

The woman sustained a puncture wound and other injuries.

“Bison have injured more people in Yellowstone than any other animal,” the park service noted, adding with alarming specificity that “they are unpredictable and can run three times faster than humans.”

In 2014, FWS received a petition from the Western Watersheds Project and Buffalo Field Campaign, requesting that plains bison in and around Yellowstone be listed as threatened or endangered. In 2015, the agency received a related petition from an individual.

Both petitions were rejected in 2016.

Conservationists then sued, and in 2018 a federal judge ordered FWS to take another look. In 2019, the agency again rejected the petition. The conservationist groups, joined by Friends of Animals, sued again and last January a judge once more ordered another review (Greenwire, Feb. 1, 2018).

At the time of the original 2014 petition, an estimated 4,900 bison occupied a 20,000-square-kilometer area around and inside Yellowstone National Park.

Bison are currently managed through an interagency bison management plan for the state of Montana and Yellowstone National Park.

Currently, the park’s bison population is partially managed through tribal hunts and state hunts outside Yellowstone’s boundaries. Bison are also captured for brucellosis testing before being transferred to Native America tribes for slaughter. Some bison have also been transferred to tribes so they can try to start their own herds.

The plan permits culling the population if target levels are exceeded.

In the petition, the conservationists contended that hunting, disease and climate change threatened the bison and that target population numbers were too low to ensure the genetic diversity of the two herds located in Yellowstone.

The target population numbers have stirred at-times heated debate. Former Yellowstone Superintendent Dan Wenk clashed with former Interior Secretary Ryan Zinke over the number of bison the park should hold, with Wenk saying 4,200, while Zinke argued 3,000 would be more appropriate.

Current FWS Director Martha Williams has previously wrestled with bison-related questions in her past work as director of the Montana Department of Fish, Wildlife & Parks.