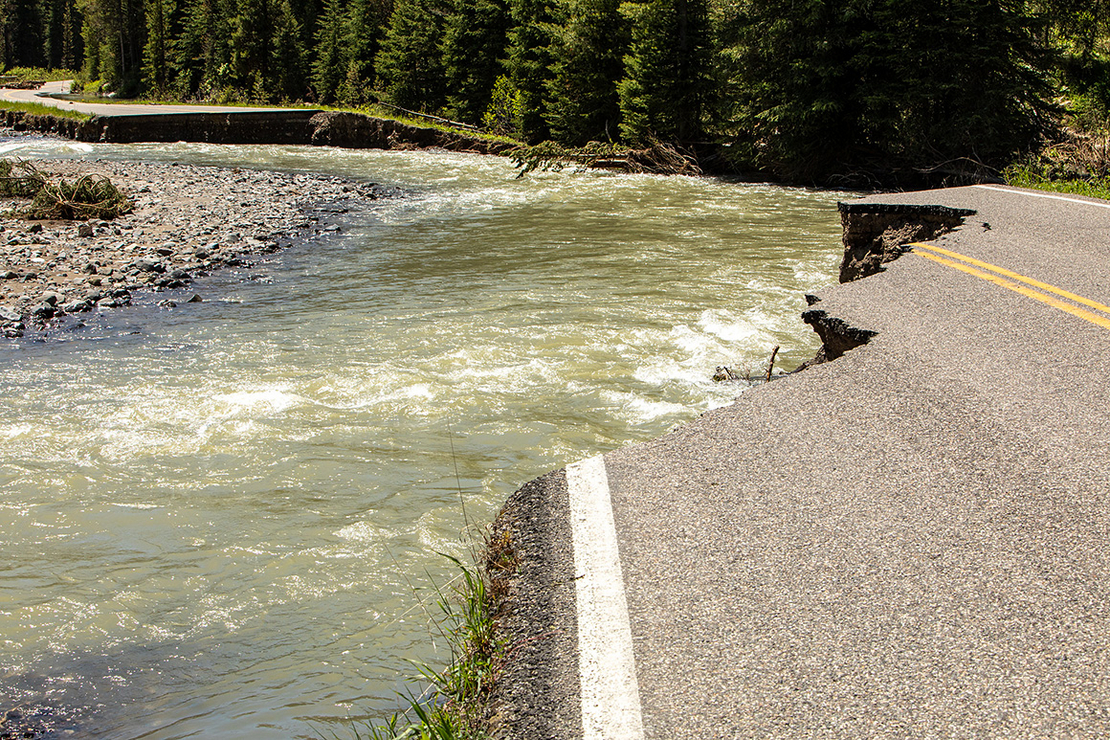 While Yellowstone National Park has reopened 93 percent of its roads, repairing the damage from last month’s historic floods could take from three to five years to complete, Superintendent Cam Sholly said today.

Sholly offered his assessment to local reporters during a news conference at the Old Faithful Inn with Interior Secretary Deb Haaland, who visited the park for the first time since record-breaking floods hit the park in mid-June.

After the park’s north loop reopened last Saturday, Sholly said it is “nothing short of miraculous” that so much access has already been restored, according to the Casper Star-Tribune in Wyoming.

Sholly also said the park plans to reopen Old Gardiner Road in the north end of the park as a temporary access road by winter, according to KBZK TV in Bozeman, another news outlet that covered the event. The station tweeted photos of Sholly and Haaland addressing reporters.

The Interior Department said on Wednesday that Haaland, who also visited the park last year, wanted to go to Yellowstone to tour the damage and highlight the “swift work” that was done to reopen the park after the flooding (E&E News PM, July 6.)

Yellowstone welcomed back visitors to the park’s south loop on June 22, while the park’s north loop reopened on July 2 (Greenwire, June 21).

Haaland next plans to go to Oklahoma, where she is expected to meet with Native American survivors from Interior Department-run boarding schools tomorrow (Greenwire, May 11)

“It is important to me that we help survivors and their descendants to be in community with one another and to ensure that their stories are never forgotten,” she said on Twitter.