Zinke clinches House seat. When will other races be called? 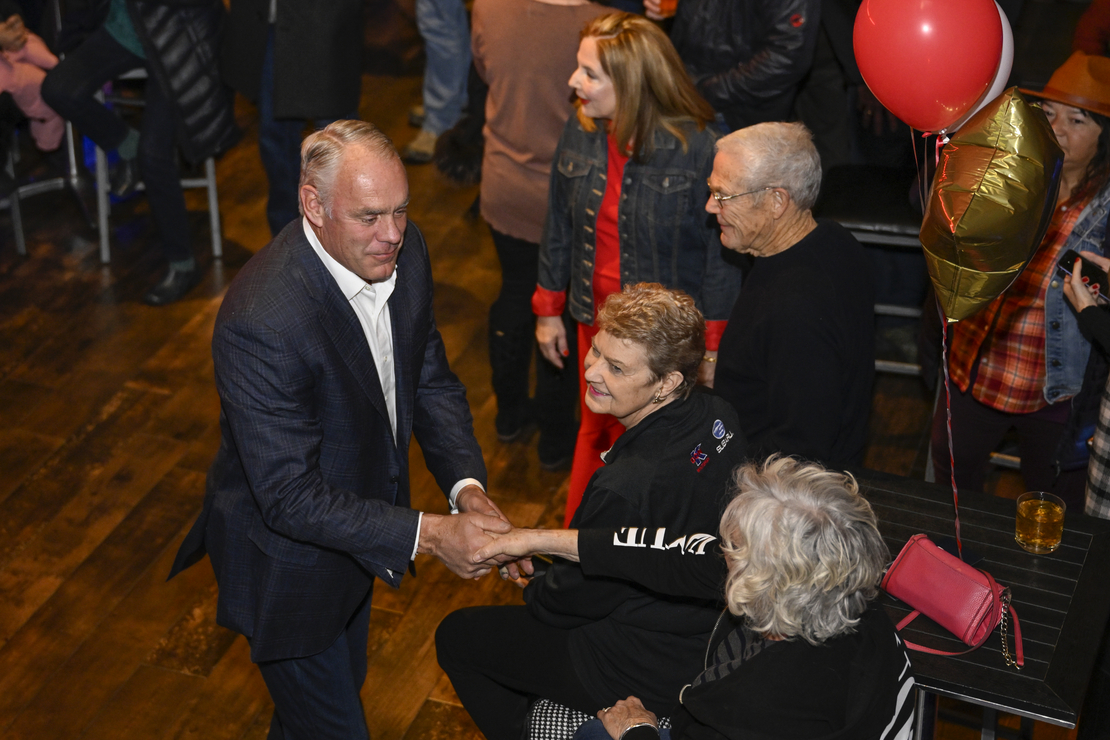 Republican former Interior Secretary Ryan Zinke won his race for a Montana House seat and is headed back to Washington.

The race for the 1st District was formally called by the Associated Press Thursday morning, two days after Election Day. Zinke is more than 3 percentage points ahead of Democrat Monica Tranel, an energy attorney, with about 93 percent of votes counted.

Zinke previously represented Montana’s at-large congressional district from 2015 to 2017. The state gained a seat thanks to the 2020 census, with Zinke poised to represent Montana’s western portion.

Zinke declared victory in the race late Wednesday night, when he was ahead in the votes but major news outlets had not yet called it.

“I’m incredibly grateful to the people of western Montana for once again placing their trust in me to fight for them in Washington, D.C. The voters saw through the vicious lies and deceit of my opponents and radical political groups,” he said in a statement.

“Truth matters, and now it’s time to fight for freedom and protect our way of life in Montana,” he said. “For those who did not vote for me, my door is always open and you’ll find me to have an open ear, open mind and shoot straight when we disagree.”

Zinke left the Interior Department in 2019 amid numerous investigations into allegations that he had violated ethics standards or misused his office. Two Office of Inspector General reports were released during his campaign, concluding that he had lied to investigators during probes into a land deal involving former Halliburton Co. Chair David Lesar and one about a Native American casino that he declined to approve.

Nonetheless, Zinke made his time working for former President Donald Trump a central piece of his campaign, and boasted about his work to boost fossil fuel production (E&E Daily, Oct. 26).

Tranel conceded in a speech in Missoula.

“To everyone who did vote for me, who asked me to serve you,” she said, “I shall do so. Not in the 118th U.S. Congress that sits in 2023. But I will serve the people of Montana, as I have done my entire career, as your advocate, as your neighbor, as a forever champion of the Montana that I believe in still.”

She called on voters to hold Zinke and other elected officials accountable to their promises.

“Zinke told you that he would return us to $2 a gallon gas. Hold him to that promise, especially since he is making so much personally,” she continued, a reference to the $460,000 he disclosed having earned from consulting for ConocoPhillips Co.

Zinke entered the race last year, shortly after census analysis found that the state would get another congressional seat. A close margin in the GOP primary, a third-party candidate and other factors prompted multiple election forecasters to rate the race as “leans” Republican, one step away from a toss-up.

A handful of other key House races have been decided in recent hours, but more than a dozen races across both chambers are still too close to call. Republicans are still favored to win a slim House majority.

The battle for Colorado’s 3rd District — where Democratic former Aspen City Councilman Adam Frisch is threatening an upset of first-term Republican Rep. Lauren Boebert — could drag on for several weeks.

Updated vote tallies published by the secretary of state’s office Thursday morning show Boebert taking the lead for the first time since election night, with a 386-vote advantage. Frisch had initially led the race by 3,500 ballots, then saw his lead shrink to 64 votes as of Wednesday night.

The unexpectedly close race means that military and overseas ballots could play an important role in the race, as well as those ballots that need to be “cured,” or corrected for errors. Boebert was widely expected to win in the deeply red district (Greenwire, Nov. 9).

Voters must “cure” mail-in ballots when a signature is flagged by a county clerk for not matching the one on file. Colorado provides mail-in ballots to all voters, who must sign the outside of their envelope when returning them via mail and dropbox.

Secretary of state spokesperson Jack Todd told E&E News there is a Nov. 16 deadline for all of those ballots to be collected and counted.

“After all ballots have been counted, we conduct what is called a risk-limiting audit to confirm results, then the counties do a canvass, and then finally our office compiles and certifies those results,” Todd said.

In a statement to E&E News, Boebert’s campaign said: “More votes will be filed today. Unclear when the last vote will be counted. “

The campaign did not respond to a question about whether the congresswoman would request a recount if the final tally falls outside of the automatic threshold.

As of yesterday afternoon, Trump-backed Republican challenger Kelly Tshibaka had 44.26 percent of the vote, compared to incumbent GOP Sen. Lisa Murkowski’s 42.79 percent. This marked a very slight uptick for Murkowski.

A third Republican who dropped out of the Senate race in September but remained on the ballot, a Democrat and write-ins split the remaining votes. These votes currently total about 27,000. Under the state’s ranked-choice system, they will be allocated to the top finishers in a succession of rounds.

Under the process adopted in 2020, voters list their candidate choices in order of preference. Votes are counted in rounds. If a candidate gets 50 percent plus one vote in round one, that candidate wins. If not, round two begins, with the candidate with the fewest votes eliminated.

People who voted for that eliminated candidate then have their votes moved to their next choice. This keeps happening in rounds until two candidates are left and the one with the most votes win.

The state Division of Elections is set to continue counting ballots through Nov. 23, when the final results will be made public in a livestreamed event.

In the race for the at-large House seat held by Rep. Mary Peltola since mid-September, the Democrat has currently claimed 47.22 percent of the first-round vote, a very slight bump up from the initial count. Peltola initially won the seat in a special election to fill the rest of the late Republican Rep. Don Young’s term.

“Although Bruce Poliquin has not yet chosen to concede, at this point, the final result is undeniably clear. The few precincts that remain cannot meaningfully alter the position of this race,” he told reporters.

“I’m deeply honored that the people of Maine’s 2nd District have chosen me to represent them in Washington for another two years.”

In the Senate, the Nevada race between Sen. Catherine Cortez Masto (D) and former state Attorney General Adam Laxalt (R) is still too close to call, as is the Arizona contest between Sen. Mark Kelly (D) and venture capitalist Blake Masters.