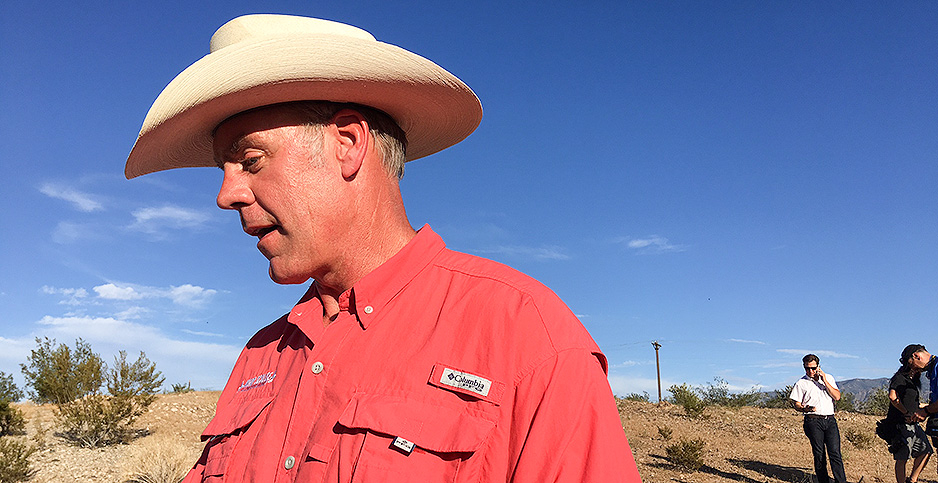 Former Interior Secretary Ryan Zinke on Friday declared that he has no plans to return to elected politics in the near future.

"I’m trying to put D.C. behind me. I don’t miss it," Zinke told the newspaper.

The former House lawmaker won two terms to Montana’s at-large seat before stepping down in 2017 to become the Trump administration’s first secretary for the Interior Department. He resigned that post in early 2019 (Greenwire, Dec. 20, 2018).

"I’m enjoying where I’m at at the moment," Zinke added when asked whether he would reenter politics. "We’ll see. You never say never, but as long as good candidates are running, then I’m pretty happy."

In a report filed with the Federal Election Commission last month, Zinke disclosed that he had terminated his former congressional campaign and transferred the remaining $11,535 in its coffers to a foundation he created (Greenwire, Jan. 14).

But Zinke reiterated his continued support for President Trump on Saturday in remarks to the Cascade County Republicans at their annual Lincoln-Reagan Dinner in Great Falls, Mont.

"At the end of the day, he’s our greatest patriot," Zinke said, according to the Great Falls Tribune. He praised Trump for his repeated visits to Montana, including four stops during the 2018 midterm election cycle.

Zinke, who left the Trump administration amid multiple investigations into his activities as secretary, wryly compared his tenure in the executive branch to his service as a Navy SEAL.

During the state GOP event in Helena, Mont., Zinke also found himself onstage during controversial remarks made by state Rep. Rodney Garcia (R), who asserted that the Constitution calls for the execution or imprisonment of socialists.

Garcia told the gathering he was worried about socialists in the federal government and "everywhere" in Billings, the Billings Gazette reported.

In response to Garcia’s remarks, Zinke said: "You know, Montana’s a great state."

Garcia reiterated his concerns: "We have to do something."

The newspaper reported that Zinke then switched subjects to discuss Interior’s reorganization effort.

"Under no circumstance is violence against someone with opposing political views acceptable," he told the AP. "It’s disappointing that this isolated incident took away from the weekend’s events, which showcased the strength of our statewide candidates and the importance of the upcoming election."