Zinke race, other top primaries too close to call 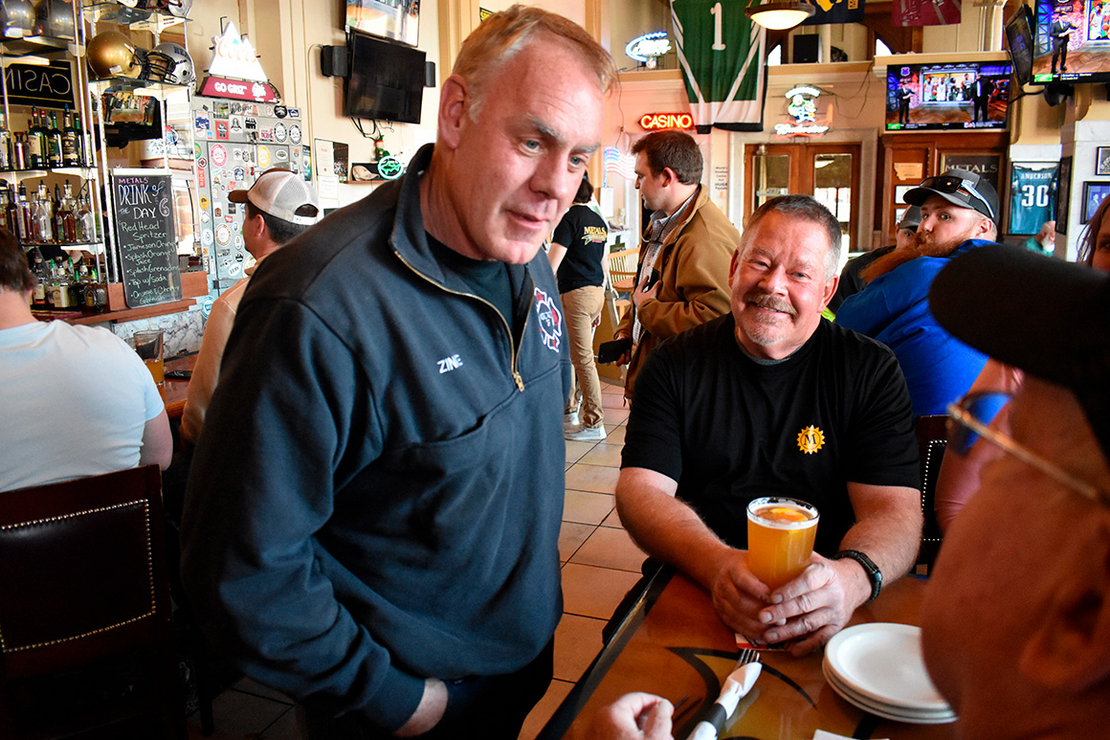 Voters picked candidates yesterday in a number of high-profile midterm congressional races, though some, including the House contest in Montana featuring former Interior Secretary Ryan Zinke, remain too close to call.

Zinke, a Republican who represented Montana’s at-large congressional district before serving as former President Donald Trump’s Interior secretary, was less than 2 percentage points ahead of physician Al Olszewski in the vote counting as of this morning, with about 78 percent of precincts reporting.

He went into yesterday’s race as the favorite to win, on a strongly pro-fossil-fuel and anti-President-Joe-Biden message. Olszewski is running as a more conservative alternative and has criticized Zinke as a Washington insider.

“I want to extend a big thank you to Cora Neumann and Tom Winter. Having them in this primary made me a better candidate, and I look forward to working with them to serve Montana,” Tranel wrote on Facebook.

Incumbent Rep. Matt Rosendale (R), who is moving from Montana’s at-large seat to a new 2nd District seat in the eastern part of the state, easily won his primary. Rosendale is expected to beat former Billings City Council member Penny Ronning, the Democratic candidate, in the general election.

In other races yesterday, incumbents held onto their seats despite some headwinds, and primary voters set a number of big matchups for November.

“We rose to the top because Iowans are calling for change,” Franken said in a statement.

“Iowa needs a Senator who will work on behalf of Iowans, not corporate interests. I promise I will never be bought,” he continued. “Iowa needs a leader who will solve difficult problems and provide innovative solutions that will improve the lives of the people across our state. Change is coming, and I am honored to lead that change.”

“I’ve heard at my county meetings about inflation, about high gas prices, about the border not being secured. A Republican majority can take care of these bad policies of the Biden administration,” he said in a statement.

“So let’s work together to make sure we can win in November, take control of the United States Senate and House of Representatives, and bring some sanity back to this Washington, D.C. that the Biden administration has screwed up with their bad policies,” he said.

Robert Menendez Jr., an attorney and son of Sen. Robert Menendez, easily won the Democratic primary in the 8th District, where Rep. Albio Sires (D) is retiring. The district is solidly Democratic, so Menendez is nearly certain to win the general election against Marcos Arroyo, the sole Republican candidate.

“Our district and our country face a multitude of challenges. We are ready to face those challenges head on and believe our campaign reflected this district’s grit, grind, and hustle every single day,” Menendez said in a statement. “It is time to fight for the values that this district and this country were built upon.”

In the 7th District, former state lawmaker Thomas Kean Jr. won the Republican primary to run against incumbent Rep. Tom Malinowski. Malinowski’s district became more Republican in redistricting, so it is a likely pickup for the GOP.

Two of Mississippi’s Republican incumbents came into the primary at risk of losing. Reps. Steven Palazzo and Michael Guest both appear to be headed toward runoffs on June 28, since no one received a majority of votes in their races.

Palazzo has recently been facing an ethics investigation; the Office of Congressional Ethics said last year he likely misspent campaign funds and used his office to get favors for his brother, allegations he has denied.

His race in the 4th District will go to a runoff, most likely against Jackson County Sheriff Mike Ezell.

The outcome of Guest’s race in the 3rd District was not yet clear as of this morning, but pilot Michael Cassidy was slightly ahead of Guest in the vote count, and both appeared to be headed for a runoff.

Guest has faced conservative backlash for breaking with most of the GOP and voting last year for a bipartisan commission to investigate the Jan. 6, 2021, attack on the Capitol by Trump supporters. The legislation failed in the Senate.

A number of races in California’s nonpartisan primary system — in which the top two finishers advance to the general election despite party affiliation — had yet to be called as of this morning, with many votes left to be counted.

The two most at-risk incumbents, Republican Reps. David Valadao and Young Kim, appeared to be holding on. Valadao is trailing state Assemblymember Rudy Salas (D) in the 22nd District, but both are likely to qualify for the general election; Kim is similarly behind physician Asif Mahmood (D) in the 40th.

Various key general election races where incumbents could lose were set, as well.

A number of races with no incumbent did not have enough votes counted this morning for a call, including the 13th, 15th and 42nd districts.

Former state Assemblymember Connie Conway (R) easily beat water resource manager Lourin Hubbard (D) in the special election to fill out the remainder of former Rep. Devin Nunes’ term in the 22nd District. The constituency was completely redrawn in redistricting and is not the same as the new 22nd.

Incumbent Sen. Alex Padilla (D) and attorney Mark Meuser (R) will face off to fill out the remaining two years of Vice President Kamala Harris’ Senate term, the seat to which Padilla was appointed last year.