Zinke retreats from plan to raise peak entry fees to $70 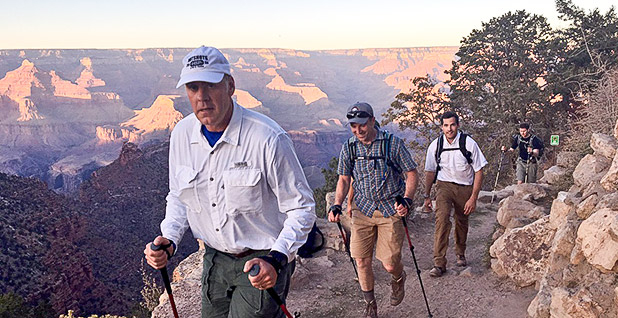 "We’ve taken the public’s suggestions seriously and have amended the plan to reflect those," Zinke spokeswoman Heather Swift said today.

And Emily Douce, budget and appropriations director for the National Parks Conservation Association, commended the Interior Department, calling it "welcome news that they’re pulling back from their proposal."

"It sounds like they’re listening to the public," she said.

Under the proposal, peak-season entry fees at the 17 parks would have increased to $70 for a private vehicle, $50 for a motorcycle and $30 for a person on bicycle or foot. Currently, vehicle fees at the 17 parks range from $25 to $30, while motorcycle fees range from $12 to $25. A person on bike or foot pays from $10 to $15. The increases would have been in effect during each park’s five busiest months.

The anonymous Interior official told the newspaper that Zinke’s original plan was being reconsidered due to fears that it would hurt attendance.

"Our ultimate goal when it comes to entrance fees is to make sure the parks get 80 percent of that revenue … but we also don’t want to put a burden on our visitors. We believe there is room to increase the fees and the annual passes," the official said.

"Make no mistake — this isn’t over," she said. "Secretary Zinke will try to find another way to hike fees to enter our national parks, whether by raising the cost of the senior discount pass or by charging more for tour buses."