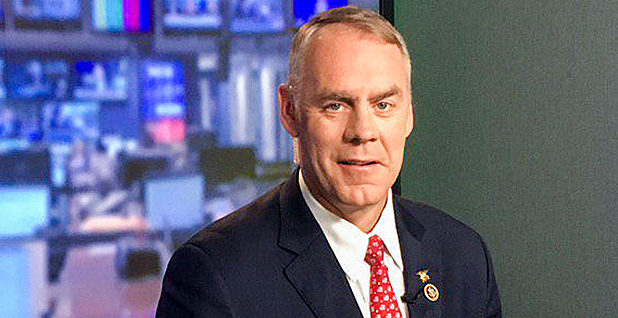 President-elect Donald Trump once rejected the idea of selling public lands to states because he wanted "to keep the lands great."

It’s a statement environmentalists and sportsmen have held up as the silver lining to an uncertain future: Public lands, they hoped, would at least stay public.

But on Tuesday, that hope gave way to fear and uncertainty, when the Republican-controlled House passed a rule that will allow the chamber to consider federal land transfers cost-free and budget-neutral.

The move means lawmakers could give federal lands to states without offsetting the spending cost. It removes a procedural hurdle public lands advocates had come to rely on.

"That’s the backstop that we hopefully have and hopefully can depend on," said Land Tawney, president of Backcountry Hunters & Anglers. But "we’re not doing our job if that happens."

Backcountry Hunters and other groups have sounded the alarm, hoping to rally the public to push back against any plans to give or sell lands to states. But it’s unclear whether their Plan B — appeal to Trump and Zinke — would be successful.

Zinke has said that he opposes selling public lands to states. During last summer’s Republican National Convention, he resigned as a convention delegate in protest of a plank in the GOP’s platform that called for the full-scale disposal of public lands (E&E Daily, July 12, 2016).

"I’m a Teddy Roosevelt guy — I buck the party when it needs to be bucked," Zinke told E&E News at that time (Greenwire, July 19).

But on Tuesday, Zinke voted in favor of the new House rules package, which included the public lands provision. The provision was among numerous others and had gone largely unnoticed amid a controversy over Republican attempts to use the package to weaken the chamber’s ethics office.

Zinke spokeswoman Heather Swift denied that Zinke’s vote marked a shift in his position on public lands ownership — something that had previously drawn praise from sportsmen’s groups.

"The congressman’s position against the sale or transfer of public lands has in no way changed. He has never voted to sell public lands. Period," Swift said in an email today.

Former Sen. Mark Udall (D-Colo.) suggested that Zinke’s vote should be an issue in his upcoming confirmation hearings. In passing the rule change, Udall said, the House "has essentially written off the value of our public lands and natural treasures."

"Senators should ask Rep. Ryan Zinke — who as Interior secretary-designate voted for this rules change — if this is how he plans to stand up for public lands in his new role," Udall said. "And the Senate should not play along with the House in putting our parks and other public lands up for grabs. Americans didn’t vote for, and don’t want to see, oil drilling in the Grand Canyon and trophy homes from Utah’s Delicate Arch."

In the wake of Zinke’s nomination last month, several sportsmen’s groups offered tentative praise for Trump’s selection, including Theodore Roosevelt Conservation Partnership President and CEO Whit Fosburgh, who said at the time that the Republican lawmaker "will listen and has the right instincts."

In a statement to E&E News today, Fosburgh criticized the new House rules but stopped short of disparaging Zinke for his endorsement of the change.

"The new House rules undervaluing public lands set a bad precedent that sportsmen will fight," Fosburgh said. "This isn’t a pass for Zinke, but we recognize that this rule was one of many in the package and the vote was procedural — and unlikely to inspire anyone to cross party lines."

He added: "We have much work left to do with the new Secretary of the Interior and a new Congress, and the TRCP will look for every opportunity to educate decision-makers on the value of our public lands."

Tawney, who previously described Zinke as a "potential ally" in the Trump administration, did not comment directly on Zinke’s vote but said he expects the Republican to align with the president-elect’s stance on public lands.

"The Trump administration has separated itself from the entire Republican Party in its position on keeping public lands public. We expect the administration, including Mr. Zinke if he is confirmed as Interior secretary, to stay that course," Tawney said. "Public lands are our ‘second Second Amendment,’ and BHA will not waver in standing up for them."

But Aaron Weiss, media director at the Center for Western Priorities, asserted that Zinke’s support for the policy change — particularly after his decision to resign as a convention delegate — is "a real head-scratcher."

"He quit the Republican convention over a clause in the official party platform. So why he would go ahead now and cast his vote for a rules package that is basically accounting fraud on behalf of America’s public lands?" Weiss said, arguing that Zinke could have simply opted out of voting for the rules package.

Weiss added that Zinke’s vote adds to what he called a mixed record on public lands policy. While Zinke has won praise for his support of the Land and Water Conservation Fund, environmentalists criticized his support last year for Rep. Raúl Labrador’s (R-Idaho) legislation to create a demonstration program for local forest management.

That latter bill became a flashpoint in Zinke’s re-election bid, prompting him to defend his record in his opening remarks during a debate on Montana Public Radio (Greenwire, Oct. 6, 2016).

"Let me make it clear: I am not in favor of selling or transferring public lands," Zinke said at the time. "I have voted 17 times to support public lands."

But Zinke’s support for the House rules measure could become a point of contention during his confirmation hearing, which is expected to take place in the coming weeks.

"You’d think that the Congressman would be on his best behavior going into a job interview, but instead he’s taking steps to once again jeopardize the future of Montana’s outdoor economy," Montana Democratic Party Executive Director Nancy Keenan said in a statement. "Montana hunters and anglers won’t forget this vote and we will continue to hold Congressman Zinke accountable as he asks for the nation’s trust in serving as Secretary of the Interior."

The sky is the limit?

No one knows for sure what the rule change will mean for public lands.

House Natural Resources Chairman Rob Bishop (R-Utah) inserted the provision into the rules package. He has argued that states can better manage some public lands, and in recent weeks has urged Trump to roll back President Obama’s national monument designations.

The new rule allows the House to disregard the cost of a land transfer, as determined by the Congressional Budget Office. The CBO’s estimate comes from the loss of revenue from activities like drilling, logging and grazing.

A majority spokesman for the Natural Resources Committee asserted that CBO doesn’t recognize any of the benefits of transferring public lands to states of tribes. Instead, transfer bills come with a cost that opens them up to a point of order and "other procedural hoops."

"For one, it’s difficult to get support for offsets because there are very few offsets within the federal lands subcommittees jurisdiction. Secondly, we can’t take money from other committees’ jurisdiction. Thirdly, in most instances opposition from other members to whatever offset may be available prevents any sort of jurisdictional waiver that could potentially allow this to happen," the spokesman said. "There are also germaneness issues that could prevent offsets that are not germane to the underlying transfer."

Under Bishop’s provision, the offsetting requirements no longer apply. But CBO will still score the bill, so lawmakers will know the cost. The committee also emphasized that each bill will have a hearing, committee markup and floor vote.

Passage in the Senate could also still be a problem. At least one Senate Republican spoke out against land transfers after the House’s vote on the rules package.

"I continue to strongly oppose the transfer of federal lands to the states while fighting to improve the management of those lands," Sen. Steve Daines (R-Mont.) said in a statement yesterday.

The House Natural Resources Committee is ready with a suite of lands bills that it passed last Congress — and could ostensibly easily mark up again this year.

Many target local controversies, such as the "Red River Private Property Protection Act" from Bishop that promises to stop the Bureau of Land Management from taking private land in Texas and Oklahoma. Others authorize Interior to expand parks and historic sites.

But a minority staff member of the Natural Resources Committee said it’s unclear how Republicans will take advantage of the rule change.

"We don’t really know because we think this hurdle has been standing in the way of people putting forward those big-ticket proposals," the staffer said. "Now that [Bishop] been able to push through this rule change, we think the sky is the limit for him."