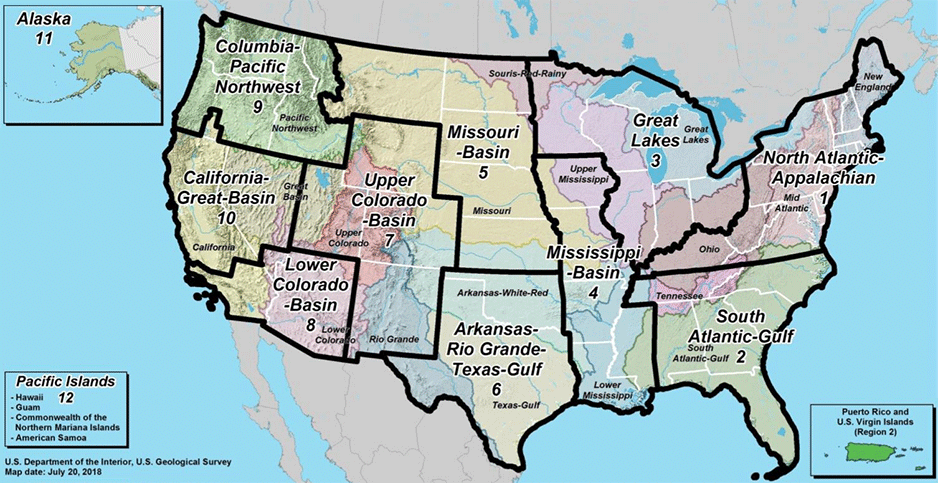 The Interior Department is moving forward with a sweeping reorganization effort, announcing today the appointment of "regional facilitators" who will organize agency bureaus into 12 "unified regions" that will be in place by July 1, according to a senior official.

Susan Combs, an Interior senior adviser exercising the authority of assistant secretary for policy, management and budget, in an email sent today to all employees provides the most detail yet on Secretary Ryan Zinke’s long-planned reorganization.

Among the new details: Each of the 12 new regions — which will replace 49 individual Interior bureau regional boundaries and, officials say, will make it much easier to manage the hundreds of millions of acres of federal land spread out mostly across the West — will have its own "Interior regional director," or IRD.

It’s not entirely clear how this will work. A "frequently asked questions" link was included in Combs’ email that states employees will, in general, still report to their bureau regional directors or, in the case of the Bureau of Land Management, the individual state director.

"Interior Regional Directors are expected to manage the work of employees across bureaus whose focus is recreation, conservation, permitting, or shared services," the FAQ says.

The IRDs "will work with bureaus to unify our efforts," it says.

"A standard process will be used to select a career Senior Executive Service member who will serve as the IRD, and that IRD will be coordinating with the bureaus to conduct business more effectively and efficiently," Combs wrote.

She included a list of the 17 agency officials named "by their peers" as facilitators in each of the new regions.

"These Regional Facilitators are leading the Reorganization from the field, and will be seeking your input as this process proceeds," Combs wrote.

Zinke, she wrote, met with the regional facilitators in Washington, D.C., last month, "and told them in very plain terms that while he would provide the broad direction, they will be the ones who implement the Reorganization from the ground up."

Zinke also made clear to the regional facilitators "that he wants all of the Unified Regions to be ‘stood up’ and operational by July 1, 2019. The Regional Facilitators are working hard to make [that] happen."

Some of the regions, such as the proposed four-state Region 7 — the Upper Colorado Basin region, comprising Colorado, New Mexico, Utah and Wyoming, which are home to more than 13,300 Interior employees — have only one regional facilitator.

The regional facilitators "are building teams of subject matter experts in our primary Mission Areas: Recreation, Collaborative Conservation, and Permitting; and our Support Areas: Human Resources Management, Information Technology, and Procurement of goods and services," Combs wrote in her email.

"These Unified Region teams will be comprised of experts from all of the participating bureaus present in the Region," she added.

The latest update to Interior employees on the reorganization effort comes amid some uncertainty about congressional support for such moves, particularly if Democrats regain control of the House in next week’s midterm elections.

Some have speculated that the effort begun last year to reorganize the roughly 70,000 employees could stall or disappear under a Democratic-controlled House (Greenwire, Oct. 30).

All of this has been the subject of great debate for months, as Interior has worked behind the scenes to put the infrastructure in place to begin the first significant reorganization of Interior in decades.

Combs last summer told Utah elected leaders at a public roundtable organized by House Natural Resources Chairman Rob Bishop (R-Utah) in Ogden, Utah, that Interior was sending out "teams" of senior officials to the bureaus in each of the proposed 12 unified regions in an effort to "gather data" on which agency official in each region should be a regional facilitator (E&E Daily, Aug. 29).

By streamlining the 49 Interior bureau regional boundaries into a dozen and developing a coordinated approach in which the bureaus work together as a unified Interior, she said in August that "it is going to be easy for everybody in the regions, and I think for county commissioners and mayors who want to know who to call at all levels."

It’s also going to be easier for Interior employees to do their jobs, Combs said in the email to staff today. She said Interior is "planning town hall meetings to help provide you with information and answers to your questions."

The goal, she wrote, "is to have this Reorganization shaped by all of you. Your input is critical and will help build Unified Regions that stand the test of time. Unified Regions will make it easier for our partners and the public to work with us and ultimately, it will be easier for you to do your jobs as we transition to increased decision-making at the Regional/local level."

She concluded, "Let’s make Reorganization a success together."