4 deadlines to watch on Capitol Hill this fall 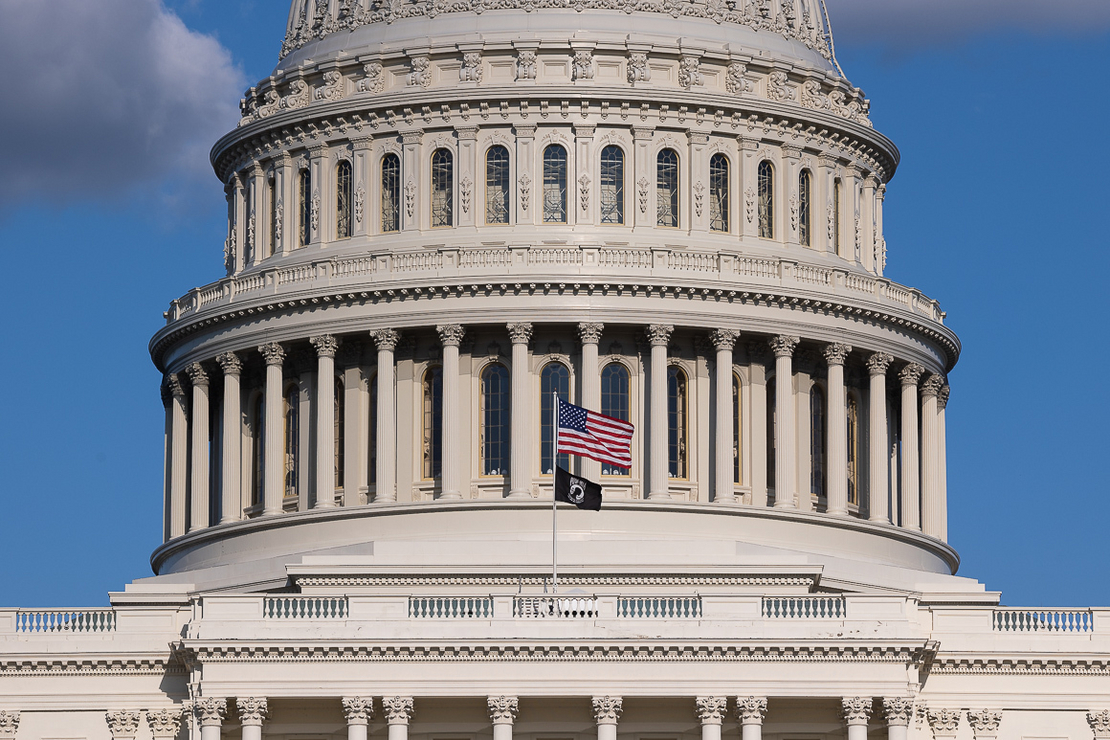 Lawmakers have an intense agenda for the coming weeks, including preventing a government shutdown and raising the debt ceiling. Francis Chung/E&E News

As Congress starts to return from summer recess, lawmakers will face a series of deadlines in the coming weeks that they will have to meet to avert a government shutdown and implement President Biden’s climate agenda.

Here are the dates to watch in coming weeks on Capitol Hill as both chambers enter a high-stakes legislative period that could set the course for the administration’s handling of energy and environmental issues over the next three-plus years.

House and Senate Democratic leaders are pressing to have their $3.5 trillion plan for carrying out Biden’s domestic goals ready to move to the floor by mid-September.

Both chambers are planning to assemble various bills into a single budget reconciliation package that would be able to pass the Senate with only 50 votes, meaning it could not be filibustered. It’s expected to contain a clean energy payment program, invest heavily in electric vehicles, create a Civilian Climate Corps and overhaul the energy tax code (E&E Daily, Aug. 12).

House Democrats are marking up their versions of the bill this week and next in committee — including the Natural Resources and Ways and Means committees today (see related story). The Senate is expected to compile its version mostly behind closed doors.

The sequencing and composition of the legislation on the floors will be crucial, even as there is no near-term deadline for passing reconciliation. Leaders would like to move it this fall rather than risk pushing votes on the partisan plan into an election year.

House Democratic leaders will need to balance competing progressive and moderate interests, while in the Senate a single Democratic defection could sink the package.

Senate Energy and Natural Resources Chair Joe Manchin (D-W.Va.), a fossil fuel ally, rattled Democrats last week when he called a “strategic pause” in reconciliation, saying he does not support the $3.5 trillion spending goal and warned against setting artificial deadlines (Greenwire, Sept. 3). He’s raised similar concerns in the past, often to position himself as a dealmaker.

Majority Leader Chuck Schumer (D-N.Y.) took the latest warning from Manchin in stride, saying yesterday “we’re moving full speed ahead,” though adding, “Without unity, we’re not going to get anything.”

Speaker Nancy Pelosi (D-Calif.) meanwhile, only got House Democrats on board with the budget framework last month by agreeing to a demand from moderates that the chamber vote on a bipartisan infrastructure bill no later than Sept. 27.

Centrist Democrats are anxious to get the Senate’s $1.2 trillion infrastructure bill — backed by many Republicans — signed into law. But House progressives have said for months they won’t support the bipartisan funding for road, bridges and other assorted infrastructure until they first are assured that the Senate will back the far larger $3.5 trillion reconciliation effort.

For Pelosi, a legendary vote counter, balancing those interests could be one of the biggest challengers of her speakership. She can lose no more than three Democratic votes in the narrowly divided House and cannot rely on any Republican votes.

Pelosi yesterday said the House reconciliation bill would be marked up to $3.5 trillion but acknowledged there would be negotiations with the Senate and that figure could eventually change. She said Democrats should be touting the bill’s policy initiatives, like combating climate change, rather than haggling over price.

Congress faces its annual crisis of not having new spending in place with another new fiscal year beginning on Oct. 1.

Lawmakers have yet to send any of the 12 spending bills to the president, and it’s a long shot any will make it into law before the new fiscal year begins. Indeed, both chambers are only in session for 10 days this month, and leadership is likely to be consumed by moving ahead with budget reconciliation.

As a result, Congress will need to pass stopgap spending legislation, known as a continuing resolution, that would fund agencies at current levels until at least late November. While a CR averts a government shutdown and buys time for a year-end agreement, level funding frustrates agency heads who won’t be able to start new programs and will have little flexibility to move existing dollars.

The White House earlier this week asked Congress to attach at least $24 billion in emergency spending to the legislation for relief and recovery efforts tied to Hurricane Ida and other natural disasters and Afghanistan refugee resettlement (E&E News PM, Sept. 7).

Democratic leaders have signaled they support the add-ons.

Additionally, the CR is expected to extend a host of federal programs that would otherwise expire at the end of the fiscal year, including the federal flood insurance program.

Yellen said that sometime in October, the U.S. Treasury will run short of options for paying it debts, which would force the nation into default. She said that could be averted by having lawmakers agree to raise the nation’s debt ceiling for the first time in two years.

“A delay that calls into question the federal government’s ability to meet all its obligations would likely cause irreparable damage to the U.S. economy and global financial markets,” Yellen wrote in a letter to Pelosi.

Congress has been sparring over raising the debt ceiling for months. Democrats insist it must be a bipartisan effort, while GOP leaders have said they won’t back adding to a cap estimated at $28.5 billion and blame Democrats for increased spending.

Pelosi told reporters yesterday Democrats would not attach a debt increase to the reconciliation package, but did not rule out adding it to the CR.

Republican lawmakers might be hard-pressed to oppose the increase if it were attached to a CR that also averts a shutdown and provides relief for several traditionally “red” states hit hard by Ida. Yesterday, Louisiana GOP Rep. Garret Graves urged Democrats not to "play politics" with the debt limit and disaster relief (E&E News PM, Sept. 8).

Pelosi said there are “several options” for raising the ceiling without naming them, adding she hopes the GOP goes along and stressing that Democrats increased the limit three times under the Trump administration.