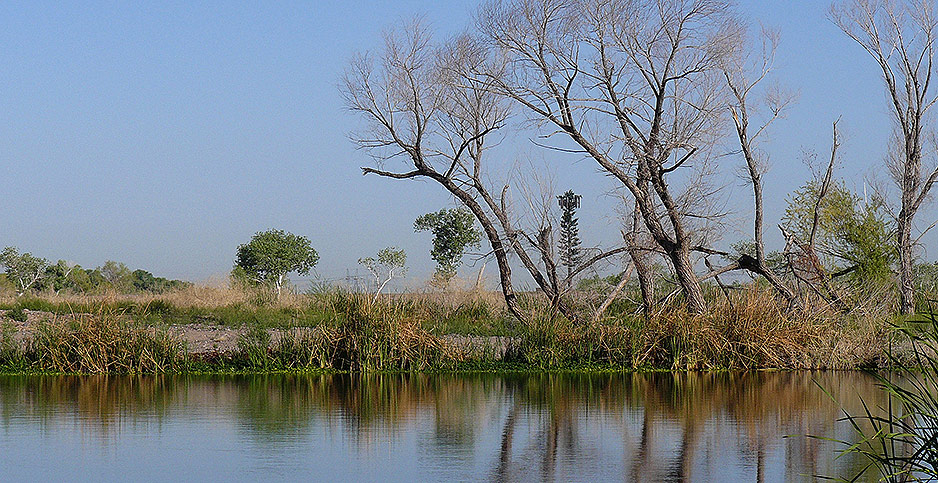 A view of Tres Rios Wetlands in Arizona. docentjoyce/Flickr

Arizona is evaluating whether to strengthen water regulations in the face of federal rollbacks from the Trump administration that could leave 93% of the state’s stream miles unprotected by the Clean Water Act.

Arizona has long supported the Trump administration’s efforts to rewrite Clean Water Act jurisdiction, with Gov. Doug Ducey (R) agreeing in a 2017 letter to EPA that "the original intent of Congress was not to use the Clean Water Act as a blanket regulation to cover all waters."

But the rule, which won’t take effect for a few months, could have a huge impact in arid states like Arizona, where waterways are dry most of the time but can flow in torrents after winter storms.

What’s more, 98% of point-source pollution permits discharge into those waterways, meaning limits on those polluters could disappear when the federal rule changes.

"ADEQ acknowledges that the new definition creates a gap in protection for many Arizona waterways and supports developing a ‘local control approach’ at the state level to protect Arizona’s important and precious water resources," the agency wrote on its website.

"Our new rule recognizes this relationship and strikes the proper balance between Washington, D.C., and the states and clearly details which waters are subject to federal control under the Clean Water Act and which waters fall solely under states’ jurisdiction," EPA Administrator Andrew Wheeler told reporters last week. "Many states already have a robust network of regulations that protect their state waterways."

"This isn’t the 1970s and 1980s; the states have robust environmental programs," he said. "They value and cherish their resources. This is not a rule that presumes that if the federal government doesn’t regulate, there is no regulation."

California’s new wetlands regulations finalized just last year, for example, were the result of more than a decade of work that began in response to a pair of Supreme Court rulings issued near the turn of the century (Greenwire, Feb. 4, 2019).

That’s alarming to Chris McVie, who sits on the board of the Coalition for Sonoran Desert Protection and said, "In the meantime, there is the potential for your mom-and-pop dry cleaner to just dump their waste wherever they see fit."

It’s also not even clear whether the state will ultimately finalize any changes and if new state protections would be comparable to those being lost under the Clean Water Act.

ADEQ spokeswoman Erin Jordan wrote in an email that there’s a limit to how much the state agency can do without approval from the state Legislature.

For example, ADEQ could decide to create water quality standards for waterways that are no longer federally protected, but creating a new permitting program to control pollution to those waterways would require lawmakers’ approval.

McVie said the state’s struggle to regulate groundwater pumping as its population grows — despite widespread acknowledgement that the state’s water supply is limited — makes her believe the Legislature won’t strengthen water protections for waterways that are often dry.

She questioned ADEQ’s statistics for the number of waterways that will lose federal protections, saying many don’t count as "waterways" because they are actually dry for most of the year.

"There is just no point in regulating waterways that don’t have water," she said. "That would be the state of Arizona basically controlling land use instead of water quality."

But Smallhouse said she doubts them, in part because her group has asked ADEQ for maps of unprotected waterways and hasn’t seen any.

"I think what they are doing is basically trying to scare people to say this rule has been reversed and now nothing will be protected, which is just not true," she said. "They have not produced maps, so it’s difficult to know where they are coming from when they make these statements that we now have unprotected water, when they won’t show you where this unprotected water is or if it has water in it."

Smallhouse’s group supports the new WOTUS definition and believes the state should similarly only regulate waterways with permanent or intermittent flow.

"We support state jurisdiction over the state’s waters, but we also support clarity in the rules, which govern our clean water," she said.