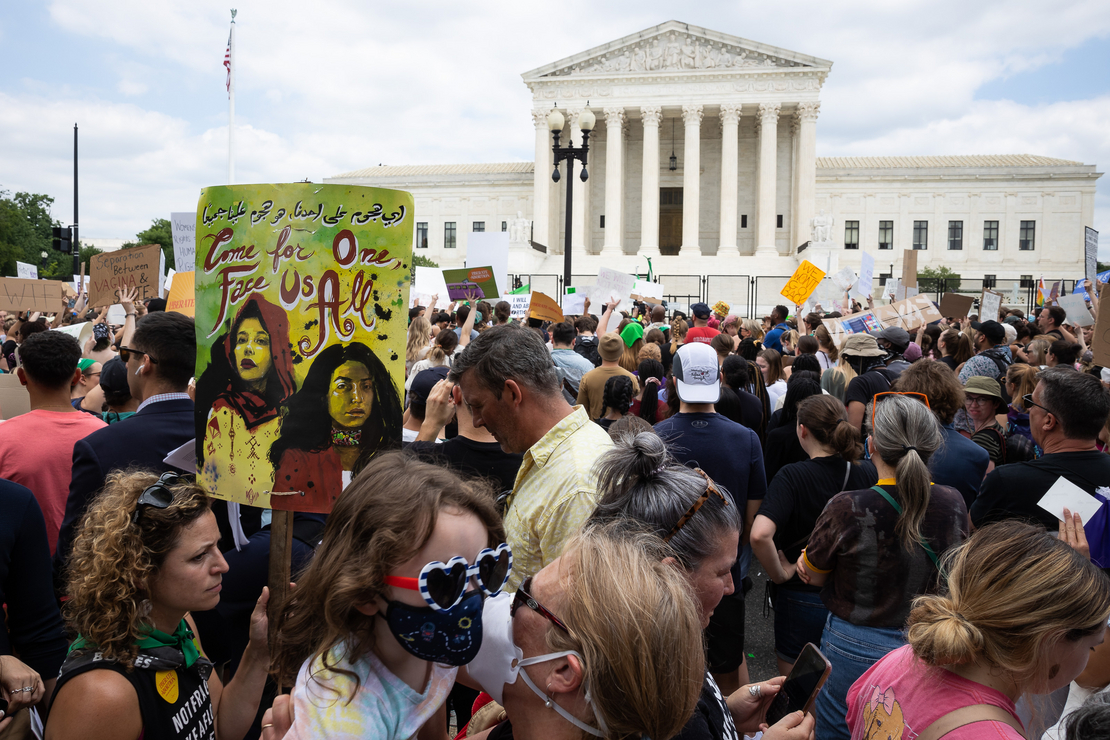 Sen. Elizabeth Warren is offering new details on her call for the Biden administration to use public lands to ensure access to abortion services, proposing abortion clinics in tents staked inside national parks.

“They could put up tents, have trained personnel — and be there to help people who need it,” the Massachusetts Democrat told a Washington Post reporter yesterday. “It’s time to declare a medical emergency.”

Her comments indicate that she and other Democrats are thinking broadly about how the federal government should expand abortion services in states that ban or restrict the procedure in the wake of last week’s Supreme Court ruling that the Constitution doesn’t confer the right to abortions.

That could potentially include clinics on the 606 million acres managed by the Forest Service, Bureau of Land Management, Fish and Wildlife Service, and National Park Service, although experts say that would almost certainly require congressional approval and is extremely unlikely.

Rep. Alexandria Ocasio-Cortez (D-N.Y.) is also publicly calling on Biden to open abortion clinics on federal lands in red states. Neither Warren’s nor Ocasio-Cortez’s offices responded to requests for further details about their proposals (Greenwire, June 27).

The Biden administration appears to have conflicting views about the idea.

“I think that what is most important right now is that we ensure that the restrictions that the states are trying to put up that would prohibit a woman from exercising what we still maintain is her right, that we do everything we can to empower women to not only seek but to receive the care where it is available,” Harris initially told CNN in an interview.

White House press secretary Karine Jean-Pierre likewise said today that Warren’s proposal is “well-intentioned” but warned “it could actually put women and providers at risk.” Jean-Pierre made the comments to reporters on Air Force One, according to a transcript provided by the White House.

“And importantly, in states where abortion is now illegal, women and providers who are not federal employees — as you look at the federal lands — could be potentially be prosecuted. And so … as we understand why they would put forward this proposal, there’s actually dangerous ramifications to doing this.”

“We’re looking at an array of other options,” she added.

But Health and Human Services Secretary Xavier Becerra refused to write off that possibility.

“There is no magic bullet, but if there is something we can do, we will find it and we will do it at HHS,” Becerra said in a press conference announcing the agency’s new website on abortion rights.

Asked specifically about whether the Biden administration could offer abortion care on NPS-managed lands or via facilities like Veterans Affairs hospitals — which are not currently permitted to offer abortion services — Becerra added: “We are aware of a number of ideas and proposals, many of which we have been considering internally ourselves. We have made no decisions yet.”

“As I said, every option is on the table, we will take a look at everything we can, and everything we do will be in compliance with the law,” he concluded.

The National Park Service did not respond to a request for comment, and the Interior Department previously referred questions about the proposals to the White House.

Beyond looking to federal land management agencies, the executive branch could theoretically push for expanded abortion services from agencies that currently provide health care, including the Department of Veterans Affairs and the Defense Department.

Currently the Hyde Amendment prohibits the use of federal funds for abortions for active duty military, and the 1992 Veterans Health Care Act prevents abortion services for military veterans or retirees

But while Democrats scramble for options in the wake of the blockbuster ruling, congressional and legal experts say it’ll be extremely difficult — if not impossible — to pull it off.

“If you believe that doing nothing is not an option, what’s going on here now is folks are just trying to throw stuff out there and see what sticks,” said Jim Manley, a Democratic strategist and former aide to Senate Majority Leader Harry Reid (D-Nev.).

Former Rep. Jim Moran (D-Va.), a longtime member of the House Appropriations Committee, said of setting up abortion clinics in national parks, “I doubt that it’s going to happen, and I think that it’s somewhat impractical.”

Abortion clinics “generally need to have access to medical facilities,” he said. “Putting them in national parks is about as remote from a medical facility as you can find. I think that the National Park Service is going to push back very strongly.”

“At every large DOD facility, you have substantial medical facilities,” he said. “If DOD was willing to do that — and they’re not going to be anxious to do that — but if a majority of the Congress tells them to, they’ll comply.”

“There’s a reason why the administration has been hesitant to embrace this idea and that is it will never get out of the Senate,” Manley said.