An agriculture-industry-backed group that urged Oklahoma Attorney General Scott Pruitt (R) to investigate the Humane Society of the United States for allegations of misleading advertising is thanking him for following through.

But the Center for Consumer Freedom (CCF), which has campaigned against animal rights activists, says it urged Pruitt to investigate HSUS. And yesterday it thanked him for following through.

The probe has come to the fore as Pruitt goes through the confirmation process on Capitol Hill to be U.S. EPA administrator under incoming President Donald Trump.

Pruitt’s office has said consumer complaints in the aftermath of the devastating 2013 Moore tornado prompted its scrutiny, but aides have not responded to questions about who made the complaints or what evidence the investigation found.

HSUS has denied fundraising for the tornado, and Pruitt’s office dropped the investigation in 2016 after the group sued him for harassment.

CCF Research Director Will Coggin yesterday explained how the investigation came about. “We sent many attorneys generals some of our research material on [HSUS] saying we wanted to alert them to the problem, and Pruitt obviously took action over it,” said Coggin.

CCF is one of a number of groups tied to Berman and Co., a firm run by former lobbyist and well-known Washington, D.C., operative Richard Berman. CCF has received funding from large livestock and farm companies, including Tyson Foods Inc.

Coggin says CCF took issue with an email blast sent by HSUS on May, 23, 2013, just three days after the tornado. The message describes an HSUS raid on a puppy mill in Tylertown, Miss., earlier in the week. It asks for donations to support dogs like those rescued in the raid and other animals in need.

At the top of the email, however, is a separate paragraph from HSUS animal rescue team responder Tia Pope regarding the tornado.

“Our thoughts are with those affected by the devastating tornado that struck Moore, Oklahoma,” the message says. “We’ve offered our assistance and are in regular contact with local agencies to determine how we can best help.

“Our team is on standby and will deploy if requested. In the meantime, I wanted to share this update with you from another crisis that affected our animal friends this week.” 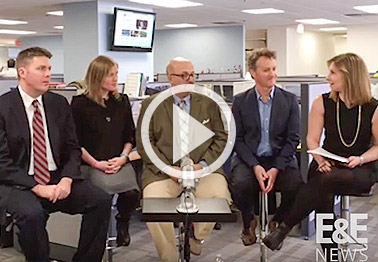 Coggin says the email shows that HSUS’s claim that it did not use the Moore tornado in fundraising “certainly seems to be false based on this email.”

HSUS President and CEO Wayne Pacelle disagrees. He says HSUS decided against fundraising for animals stranded by the May 2013 tornado after consulting local groups that said they could take care of the need.

The short message in the May 23 email “is not a fundraising solicitation,” Pacelle said, but “a fabrication” promoted by Pruitt and CCF.

“You can see it is a very neutral statement,” he said. “We are constantly communicating with our constituents through our magazine and through emails and direct mail. This was a one-time mention to give a real-time update that the issue was on our radar screen and we would give more information later.”

CCF’s admission that it complained to Pruitt about HSUS came the same day as the Oklahoma attorney general’s Senate confirmation hearing.

In the lead-up to the hearing, Pacelle met with lawmakers to discuss Pruitt’s investigation and wrote an op-ed in The Hill newspaper on Tuesday arguing that Pruitt “would continue to defame opponents on behalf of special interests” at the helm of EPA.

CCF struck back with an ad in Roll Call yesterday targeting Pacelle and thanking Pruitt for his investigation.

It shows Pacelle as a Pinocchio with an extended nose, saying members of Congress should not listen to his criticism of Pruitt because he has previously lied to Congress about HSUS’s advertising practices, among other things.

“Wayne Pacelle approaches lawmakers much like he cons donors who believe their money goes to local humane societies,” says the ad. “The best antidote for his disception [sic] is public servants like Attorney General Scott Pruitt, who have exposed HSUS and its racket. Drain the swamp — starting with Pacelle.”

Coggin said the organization decided to pay for the ad in response to an article published by E&E News last month detailing Pruitt’s investigation into HSUS.

Coggin said Pacelle “is trying to make himself out to be some kind of victim of a Scott Pruitt witch hunt, which is totally bogus. We wanted to set the record straight on what is going on here.”

This is the second time CCF has publicly praised Pruitt for the investigation. In 2014, the organization launched a weeklong advertising campaign in Oklahoma against HSUS just hours after Pruitt issued a consumer alert on the animal welfare group, Tulsa World reported.

Pacelle denied all of the allegations. He said CCF and other HSUS opponents often misrepresent the group’s spending by only looking at funds spent on animal shelters instead of other work, including animal rescue efforts like the puppy mill raid.

Pacelle reiterated his position that CCF and Pruitt had worked to discredit HSUS in advance of pursuing Oklahoma’s “Right to Farm” ballot question, which would have prevented state and local governments from curtailing the agriculture industry without demonstrating a “compelling state interest.”

Pacelle said, “This is all part of a bigger smear campaign.” 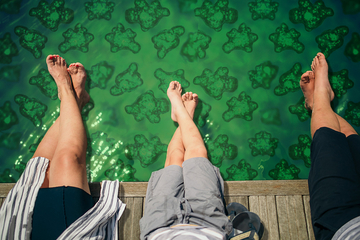 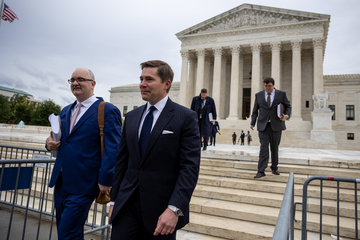 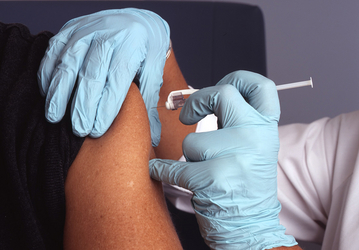 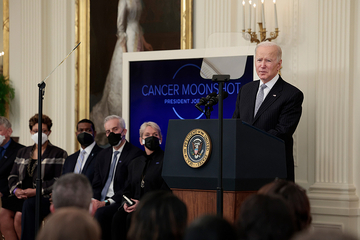 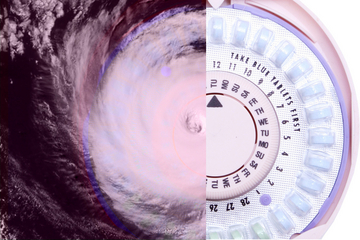