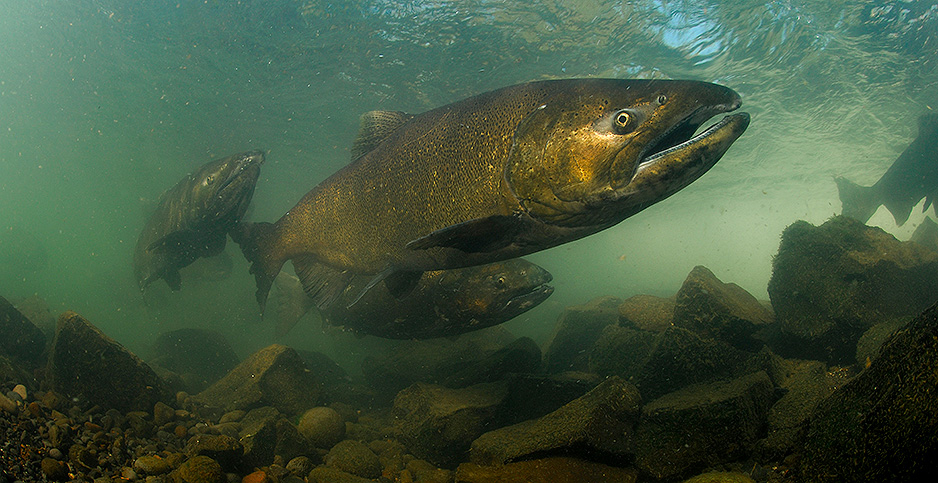 Now, the Trump administration is moving to divert more water from the Sacramento-San Joaquin River Delta through California’s massive system of pumps and dams, which sends it to millions of homes and farms. Those water deliveries come at the expense of fish, fowl and other creatures that need the water, too. The Trump administration dismissed those concerns last week in analyses that found endangered species could survive more pumping.

Trump’s effort hit a hiccup earlier this year when federal scientists found that more pumping would jeopardize the existence of four species listed under the Endangered Species Act. A so-called jeopardy finding would have upended the president’s effort, so officials withheld the document and brought on a new team to finish the analysis, according to reporting by the Los Angeles Times.

The agency explained the turnover as a matter of scheduling. Officials acknowledged in the analysis that the future is grim for some species, even if there’s no official jeopardy finding.

Delta smelt, the tiny fish that live where salt water and fresh water mix, were already being pushed to near-extinction by invasive species and habitat change. The extra stressors of climate change and more water pumping promise to hurt them even more, experts say. California Central Valley steelhead, a kind of rainbow trout that moves between fresh and salt water, have dwindled to such low numbers that they probably couldn’t withstand another long-term disruption, "particularly widespread stressors such as climate change," says the biological opinion by NOAA Fisheries.

The Trump administration says it’s undertaking extra measures to help wildlife valued at more than $1 billion, like real-time monitoring as well as flexible pumping regimes that would ramp down when vulnerable species are nearby. The feds are also investing in habitat restoration and hatcheries.

"We have tremendous new science now that we didn’t have a decade ago," Paul Souza, director of the Fish and Wildlife Service’s Pacific Southwest Region, said last week on a media call.

While the government’s own analysis outlines the harms from more pumping, officials say they’re sufficiently offset by the extra conservation measures.

Conservationists and fishermen say that’s a smoke screen. Real-time monitoring works when fish are abundant but not so much when rare fish are the target of observation, they say. Meanwhile, they say more pumping will devastate the ecosystems downstream from the dams, as less water means it’s easier for the rivers to get too hot for cold-water fish like salmon.

There’s a mismatch between the proposed pumping program and the federal government’s own admission that the ecosystem needs more protection amid climate change, said Doug Obegi of the Natural Resources Defense Council.

The federal analysis also relies on watered-down climate models, he said. NOAA Fisheries says it anticipates the most drastic emissions scenario, known as RCP 8.5, but it doesn’t have data to model this project under that scenario, so its findings represent a "best-case scenario" through 2030.

"They’re putting their heads in the sand," Obegi said.

The Bureau of Reclamation will use these biological opinions as part of the National Environmental Policy Act review for next year’s water allocations. Officials expect to make initial water allocations early next year.

Eyes will turn to California Gov. Gavin Newsom’s response. The state successfully pressed the Trump administration earlier this month to forgo extra water deliveries to farmers (Greenwire, Oct. 2). But the Democratic governor also vetoed a bill in September that would have codified Obama-era species and water regulations into state law.

"If the state government didn’t want this, we wouldn’t have it," Oppenheim said.