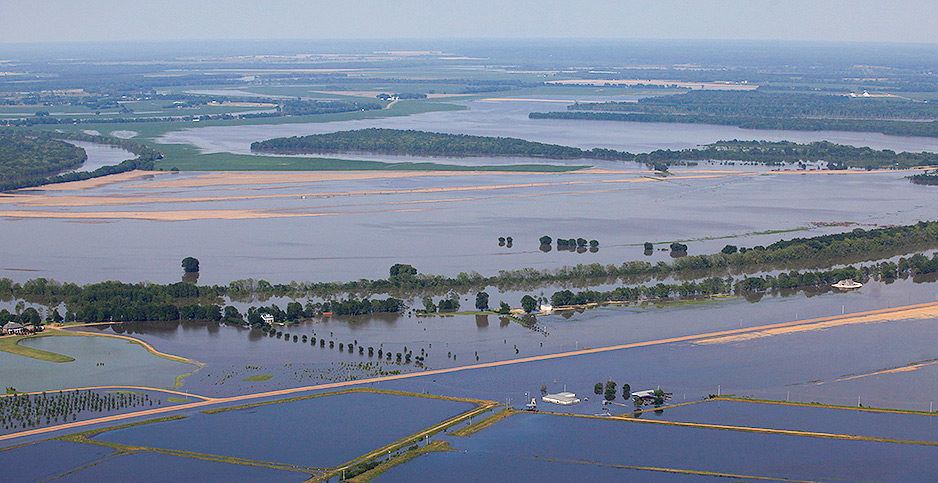 The Army Corps of Engineers has been pushing EPA to reopen its veto of a controversial flood protection project in Mississippi over the past year, according to documents received under a Freedom of Information Act request.

The Army Corps Vicksburg District has done a new analysis of the wetlands that would be affected if the controversial Yazoo Backwater Area Pumps Project were constructed, which it believes justifies EPA taking a second look at the project, according to a January letter from then-Vicksburg District Cmdr. Maj. Gen. Richard Kaiser to EPA Region 4 chief Mary Walker.

When the George W. Bush EPA vetoed the Yazoo Pumps project under the Clean Water Act in 2008, EPA said the benefits of protecting 1,000 homes, businesses and farms from flooding weren’t worth the destruction of between 67,000 and 200,000 acres of floodplain wetlands critical to migratory birds’ habitat.

The decision was later upheld by the 5th U.S. Circuit Court of Appeals, but that hasn’t stopped proponents from lobbying for the project as the Mississippi River Valley continues to flood each spring.

Now, the Army Corps says it has "additional wetlands data and analyses" developed since 2008 showing the wetlands in question are fed by precipitation — not flooding of the Yazoo River, meaning the impacts of pumping water off the wetlands when the river floods would be less than what was calculated a decade ago.

"The magnitude of potential adverse effects to wetland resources may be lower than indicated in 2008," Kaiser wrote.

His letter was, in part, motivated by intense lobbying by Mississippi lawmakers to revive the Yazoo Pumps project. It describes how more than 440,000 acres of the Yazoo backwater area flooded in spring 2018 and that about $377 million in damage has occurred there between 2008 and 2018.

"It is vital that we have a complete and common understanding of the stakeholder interest, continued significant flooding in the Yazoo backwater area and additional scientific information available since the issuance of the [veto] in 2008," he wrote.

While EPA has been consulting with the Army Corps, Walker’s August response to the Vicksburg District shows the agency resisting pressure to reopen the veto until it receives more information.

EPA staff in August visited the Vicksburg District, where the Army Corps showed them some new information assessing wetland functions and hydrology in the Yazoo Backwater Area.

But, Walker writes in her letter, the Army Corps has yet to share its new computer modeling system calculating the changes. She asked the corps to provide five types of new information.

"Based upon our initial review of the information provided by the Corps, we agree that circumstances may have changed since the 2008 [veto], but believe revisions to the following technical data, analyses, interpretations, and conclusions previously provided by the Corps are needed to fully understand the differences between the new information and [what was provided in 2008]," she wrote.

Walker notes that while EPA has modified previous vetoes under the Clean Water Act, the agency has never withdrawn a final veto.

When EPA issued the veto in 2008, she said, it was based on a mountain of information compiled by the Army Corps and the Fish and Wildlife Service on how the pumps would affect the wetlands at issue. Undoing a veto, she wrote, would require a similar quantity of information and quality of review.

"The information provided by the corps thus far touches on various aspects of the project, but it is not sufficiently comprehensive in the context of the analysis conducted in the [2008 process] to provide the type of record that would be required to evaluate a potential modification or withdrawal," she wrote.

EPA spokesman James Pinckney said the agency has an "ongoing dialogue" with the Army Corps and most recently met with it in Mississippi at the end of last month. The agency also held a listening session in Mississippi "to hear first-hand from residents" about the project, he said.

"The EPA recognizes the disruptive impacts of the recent flooding along the lower Mississippi River and the Yazoo Backwater Area on the day-to-day lives of Mississippians and the economy of the area," he wrote in an email. "We remain committed to working actively and cooperatively with the corps concerning our Clean Water Act programs to support a long-term viable solution."