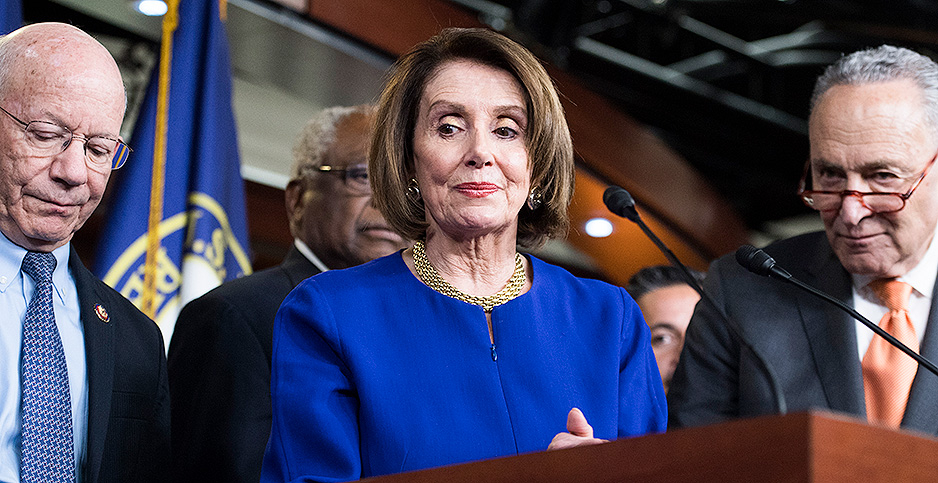 After a White House meeting on infrastructure fell apart yesterday, lawmakers were left picking up the pieces, with the odds of Congress passing a broad package looking slimmer than ever.

Instead, it seems likely Congress will pursue a narrower surface transportation bill. That would happen through the reauthorization of the Fixing America’s Surface Transportation Act, which is set to expire in October 2020.

Sen. Shelley Moore Capito (R-W.Va.) told E&E News she wasn’t surprised that a surface transportation bill would end up being the preferred legislative vehicle for infrastructure.

"I thought infrastructure and the highway bill was going to be nearly impossible to do at the same time, so I’m not surprised things fell apart," Capito said in an interview.

"I see them as kind of separate, quite frankly, because I think they were running on separate tracks," she added. "I don’t think this will derail the highway bill, and in some ways, it might give it a more robust look if we can’t get a full infrastructure package, which would be nice, but a pretty big lift."

Instead, Trump abruptly launched into a tirade about Democrats’ ongoing investigations into Russian interference in the 2016 presidential election.

He then left for a previously unannounced White House Rose Garden event in which he denounced the Russia probe as a "hoax" (Greenwire, May 22).

At a news conference in the Capitol after the meeting, Pelosi and Schumer denounced the president for seemingly lacking a genuine interest in bipartisan collaboration on infrastructure.

"We are interested in doing infrastructure. It’s clear the president isn’t. He is looking for every excuse," Schumer told reporters, noting he was prepared to hand Trump a 35-page plan detailing Democrats’ funding ideas.

Pelosi said Democrats came to the meeting "with heft, with commitment, with knowledge, with hope for a shared vision of creating this great jobs initiative for our country, and the spirit of President Eisenhower when he instituted the interstate highway system."

"We had hoped that we could do something comparable," she told reporters. "Unfortunately, the president isn’t ready for that."

As early as Tuesday, however, Trump had appeared to indicate that he preferred a surface transportation bill.

In a letter to Schumer and Pelosi on the eve of the meeting, Trump noted a recent Congressional Budget Office analysis showed the Highway Trust Fund’s transit account will soon be drained of money unless Congress intervenes (E&E Daily, May 22).

"The highway trust fund is essentially bankrupt and needs to be reauthorized by September 2020," the president wrote. "Hence, we believe that reauthorization is the best vehicle to achieve our goals."

Energy and Commerce hammers on climate

House Democrats have made climate change a top priority in the 116th Congress, and infrastructure is no exception.

The package, dubbed the "Leading Infrastructure for Tomorrow’s (LIFT) America Act," would specifically provide more than $33 billion for clean energy, including $4 billion for the deployment of more renewables on the grid.

In an instance of unfortunate timing, the measure was the subject of an E&C hearing yesterday morning, before the meeting at the White House fell apart.

Similarly, Sen. Ed Markey (D-Mass.) released a vision for a "green infrastructure" package, along with a water infrastructure bill, at around the same time.

Democrats on the House panel spoke in optimistic terms about passing major infrastructure legislation that would address the climate crisis.

"Two of our committee’s top priorities are strengthening the economy and combating climate change," E&C Chairman Frank Pallone (D-N.J.) said in his opening statement. "One of the best ways for Congress to address both of these priorities now is by rebuilding and modernizing our nation’s crumbling infrastructure."

Rep. John Sarbanes (D-Md.) said at the hearing an infrastructure deal should address the grid.

"Modernizing our electric grid is a smart investment, from helping obviously to address carbon emissions to promoting reliability and affordability," he said.

And Rep. Kathy Castor (D-Fla.), chairwoman of the Select Committee on the Climate Crisis, said a deal should build momentum toward a clean energy economy.

After the news broke that the White House meeting had unraveled, E&C Democrats offered competing reactions. Some said they would still push for climate components in an infrastructure deal, while others acknowledged the new political reality.

Rep. Paul Tonko (D-N.Y.), chairman of the E&C Subcommittee on Environment and Climate Change, said he does not expect the White House blow-up to affect his panel’s efforts to push "green" infrastructure proposals.

Some of those ideas were outlined in the package, while others can move separately, Tonko said. "We’re just saying we need to do our thing for the green element of the infrastructure bill so that when it happens, if it happens, we are there at the table defining what our perspective is," he added.

But Castor acknowledged that the odds of passing a robust package with climate components had narrowed. "It’s pretty murky now," she said.

‘Not the last opportunity’

Top lawmakers on the Senate Environment and Public Works Committee said they would continue chugging along on their own surface transportation bill.

"We’re continuing to move ahead with a highway infrastructure bill," said EPW Chairman John Barrasso (R-Wyo.). "We’ll continue in a bipartisan way. We’ve made a lot of progress in the committee."

Sen. Tom Carper (D-Del.), ranking member on the EPW Committee, said the panel was still on track to approve the five-year highway bill by the end of July.

"This is not the last opportunity," Carper said. "We are going to be in recess for a week, and hopefully cooler heads will prevail [when we return] and we will get serious about this."

"Democrats remain committed to an historic infrastructure package that is big, bold and bipartisan; green, future-focused and comprehensive; and jobs-creating," she wrote.

"Our outstanding Committee Chairs will continue to work relentlessly on bold, transformative infrastructure solutions that will create good-paying jobs, regardless of the President’s behavior."