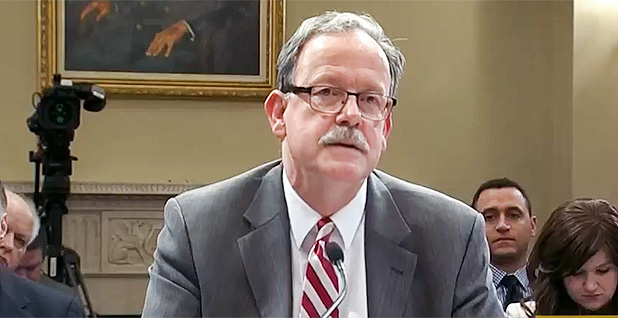 Democrats and Republicans this week expressed concerns over the Trump administration’s attacks on the Congressional Budget Office analysis of the House GOP health care bill, saying such criticism could undermine an essential, if not always popular, foundation of the legislative process.

Top White House officials have been bashing CBO daily over the office’s Monday estimate that the House’s repeal of President Obama’s signature legislative achievement would result in 24 million people without health insurance over the next decade.

"Good morning from Washington, where, according to the CBO, it’s sunny and 75 degrees this morning," OMB Director Mick Mulvaney said on CNN on Tuesday, when a late-winter snowstorm brought a few inches of snow and blustery cold to the nation’s capital. He repeated the joke later in an appearance on MSNBC, where he added, "I don’t believe the facts are correct" in the CBO’s report.

"I’m not just saying that because it looks bad for my political position. I’m saying that based upon a track record of the CBO being wrong before, and we believe the CBO is wrong now," Mulvaney told "Morning Joe" host Mika Brzezinski.

White House spokesman Sean Spicer has also castigated the CBO for its estimates — a piling-on that followed unusual administration criticism ahead of the report’s release that was seen as an attempt to downplay numbers that Republicans knew would complicate their push to unravel the Affordable Care Act.

Longtime observers of the CBO says it’s hardly unusual for the budget scorekeeper to face criticism from Congress. But, they say, the intensity and timing of the sparring over health care legislation differs from past scoring fights.

G. William Hoagland, a senior vice president for the Bipartisan Policy Center who worked for the CBO in the mid-1970s and regularly dealt with the agency as a director of both the Senate Budget and Appropriations committees, said what bothers him most is that the attacks appear coordinated and came before the CBO even issued its assessment.

Hoagland called it "unbelievably ignorant" for Spicer to suggest there was no need for the CBO to even score the plan.

"CBO’s role is not to advance anyone’s agenda, but try to present as best they can truth to power," said Hoagland, who said he did not always agree with CBO scores when he worked on Capitol Hill but never questioned the agency’s professionalism.

Alice Rivlin, the first director of the CBO who would go on to fight with the agency as Clinton’s budget director during the ill-fated push for health care reform, acknowledged those differences but offered a strong defense of the agency in an op-ed in The Washington Post this week.

"Congress is an independent branch of government that needs its own team of neutral experts before it decides on legislation," said Rivlin, who praised the CBO as a "valuable resource" for both parties.

"Since its creation forty-three years ago, the CBO has offered both Democratic and Republican majorities its expert analysis with independence and professionalism," Hoyer wrote. "There are times, particularly in the heated debates surrounding major legislation, when it is understandable that Members of Congress may disagree with the results of its analyses. Such disagreements, however, must not undermine its role as an independent arbiter on the estimation of policies’ economic and fiscal impact."

Energy legislation has also been affected by CBO scores.

Hoagland noted the late Alaska Sen. Ted Stevens, a Republican, often butted heads with agency officials over their assessments of the value of resources that could be found in the Arctic National Wildlife Refuge if it were opened to drilling. Stevens believed their assessments were too low.

Additionally, revenue generated from Strategic Petroleum Reserve sales has in recent years been used as a way to cover the costs of legislation. The CBO has sometimes come under fire for using figures that critics say do not fully account for drops or increases in oil prices when scoring those plans.

The CBO’s scoring methods for years also have dogged efforts to promote energy efficiency, including through the use of energy performance management contracts, which allow agencies to retrofit buildings to make them more efficient (E&E Daily, June 20, 2013).

The CBO counted savings through the contracts as mandatory spending, until 2015 when a legislative fix directed the office to use new criteria in weighing the budget effects.

Sen. Cory Gardner (R-Colo.), who helped push the budget fix through after pressing the issue for years, said this week it was a frustrating experience.

"We were just simply saying, ‘Hey, we know this is going to work,’ and so we were able to direct a fix to the [CBO]," he said. "It’s just the rules of the CBO scorekeepers prevented them from doing that."

But Gardner said CBO scores come with the legislative territory.

"I’m not going to try to nitpick the issue of the [CBO]," he said. "I think what we have an obligation to do is to find a policy that will work, unlike the Affordable Care Act."

A push by Gulf of Mexico lawmakers to increase state shares of federal offshore oil and gas revenues under a 2006 law is another case in point. Because steering federal revenues to state governments is counted as a loss to the federal Treasury, proponents delayed many of the payments past the 10-year budget window the CBO uses to assess the deficit impacts of legislation.

Louisiana lawmakers, including Sen. Bill Cassidy (R), have since tried to expedite the payment schedule to no avail.

Cassidy this week said it was a fair question to ask why the CBO’s past estimates of coverage under Obama’s health care law — a point that GOP critics have repeatedly pointed to — were so wrong. But he also called it important for Congress to have a nonpartisan scorekeeper.

"We have to have an umpire even if the umpire occasionally gets it wrong because otherwise you are only accepting analysis from people with motivations to find certain answers," he said in an interview. "And so I am very reluctant to disregard what the CBO score is. If Democrats were disregarding, Republicans would rightly be upset."

Sen. Debbie Stabenow (D-Mich.) offered a similar assessment. She and Sen. Gary Peters (D-Mich.) spent months trying to identify offsets to pay for aid for Flint, Mich., to help upgrade its water infrastructure to limit lead contamination in the town’s water supply, a push that was complicated by the CBO’s scoring of their various legislative proposals.

"There’s always challenges around CBO’s assumptions," she said in an interview this week. "We have to have an objective arbiter. While we may debate various assumptions, in the end, we live by the numbers because we need a bipartisan arbiter, that’s what we do."

The CBO also had a cameo during the House’s 2009 debate over a comprehensive cap-and-trade climate bill sponsored by then-Reps. Ed Markey (D-Mass.) and Henry Waxman (D-Calif.).

Eben Burnham-Snyder, a former spokesman for Markey, took to Twitter this week to defend the CBO. He recalled disagreeing with the CBO in 2009 over its scoring of the House’s cap-and-trade bill to reduce emissions, saying backers of the measure felt it underestimated savings from more efficient energy use.

"But did @SenMarkey or @WaxmanClimate say to trash @USCBO? Nope. We respected their analysis overall," tweeted Burham-Snyder, who said critics of the CBO are "lying" to pass the health care repeal.

Stan Collender, a budget expert who serves as vice president for Qorvis MSLGROUP, a communications firm, says congressional Republicans could try to punish the CBO by cutting its budget or passing legislation to diminish its role. But, he said, the recent dust-up has "enhanced CBO’s credibility and authority with everyone but the true believers."

Hoagland agreed, saying the recent flap is likely to end up "elevating" the standing of the CBO.

But powerful critics of the agency remain, like former House Speaker Newt Gingrich (R-Ga.), who frequently clashed with the CBO over how it scored deficit projections in the 1990s and now advises the Trump White House.

Gingrich wants to abolish the CBO, which he blasts as a left-wing, socialist organization that favors big government. He wants it replaced with outside scorers who would provide three to five scores for all pieces of legislation with lawmakers able to weigh each and pick the best option.

Until then, Gingrich said in a recent blog post, "every reform effort will get a false score from CBO."

Gardner this week said he was unaware of any current discussions about reforms to the CBO but said such a push might be ill-timed at the moment.

"There have been conversations over the years about dynamic scoring, static scoring, different ideas to better reflect the impact of a policy," he said. "You can have those discussions probably at a time when you’re not deep in the heart of a very contentious issue debate like we’re having right now."