Biden doubles down on climate, spending goals ahead of COP 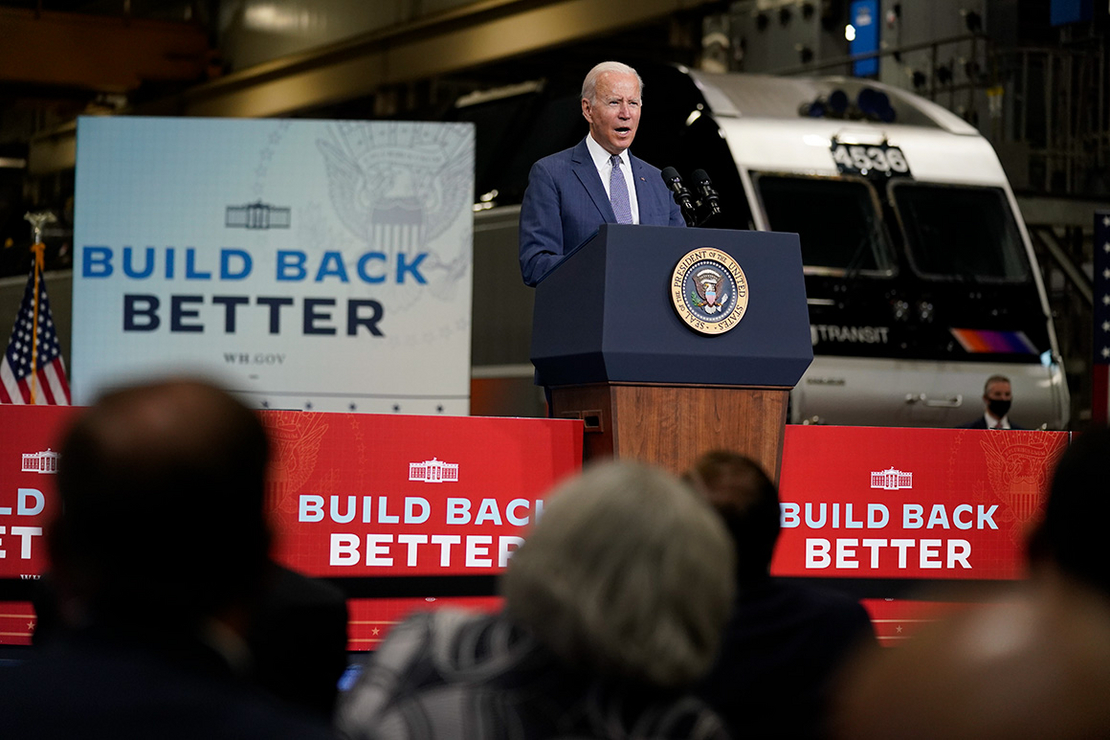 President Biden doubled down on his spending and climate agenda today, saying he was confident lawmakers on Capitol Hill would move forward with two pieces of major legislation.

“These bills are going to change the lives of hundreds of millions of people across the country for better and for years to come,” he said during a press event in New Jersey to promote his “Build Back Better” plan.

Democrats yesterday said they were optimistic they can garner enough votes to pass a sprawling reconciliation bill by the end of the week, despite disagreements on climate provisions, among other issues. They are also eyeing passage of the bipartisan Senate infrastructure bill, which is less contentious but has become tied to the reconciliation measure.

A priority and sticking point is how to replace a $150 billion program called the Clean Energy Performance Program (CEPP) to decarbonize the power sector after centrist Sen. Joe Manchin (D-W.Va.), the chair of the Energy and Natural Resources Committee, effectively vetoed it (E&E Daily, Oct. 25).

Biden today expressed confidence in his administration’s and lawmakers’ ability to address the climate crisis.

“Our plan is going to build our roads higher, our levees stronger, our power grids more durable, all to withstand the ever increasing ferocity [and] intensity of extreme weather,” he said ahead of the upcoming COP 26 climate summit in Scotland.

“And with my Build Back Better plans, we’re going to address the root cause of ever increasing extreme weather and destruction: the climate crisis. We have a climate crisis.”

Democrats have said they can reallocate the CEPP funding to other climate provisions, but progressives are pushing to ensure that whatever replaces the CEPP goes far enough to meet Biden’s pledge to reduce emissions 50 to 52 percent under 2005 levels by 2030.

Biden also downplayed lawmakers’ squabbling over how much money to invest. The original reconciliation package had a price tag of $3.5 trillion. Moderate Democrats have been fighting to slash that number nearly in half.