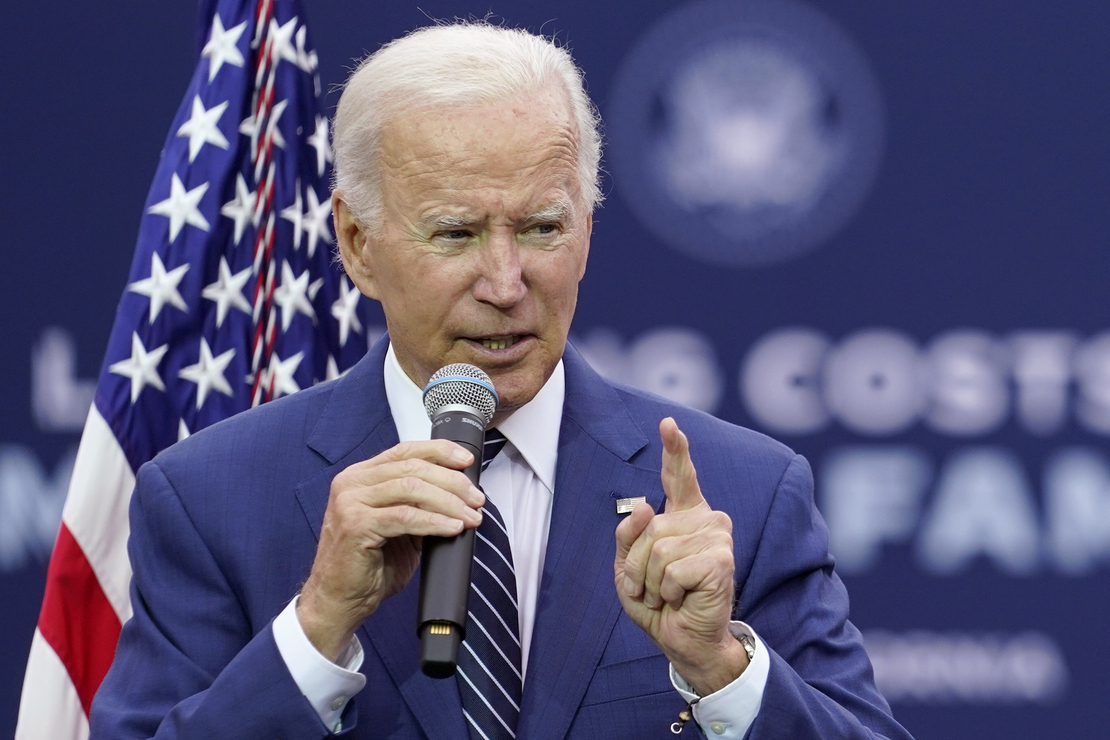 President Joe Biden will release an additional 15 million barrels of oil from the United States’ emergency reserves, in an effort to lower gas prices ahead of next month’s midterm elections.

Additional releases from the Strategic Petroleum Reserve are possible this winter, “if needed due to Russian or other actions disrupting global markets,” according to the White House.

The sale — which will take place in December — completes the 180-million-barrel drawdown that Biden authorized in March, roughly a month after Russian President Vladimir Putin launched his invasion of Ukraine. Senior administration officials detailed plans for the sale in a call with reporters Tuesday on the condition that they would only speak anonymously.

Even with the new release, officials said, the SPR remains “the largest strategic reserve,” with about 400 million barrels remaining.

“DOE remains very able, very vigilant” and will keep an eye on supply and affordability challenges, said one official. “We’ll have additional opportunity with the SPR if we need to do more sales into the future beyond that December time period.”

Some lawmakers have argued that a ban on oil or gas exports would lower domestic energy prices. Asked Tuesday if the White House is considering a fuel export ban, an official said the administration is keeping “all tools on the table.”

Biden’s decision to tap the stockpile comes roughly two weeks after OPEC and its allies voted to cut production by 2 million barrels per day, a decision the White House has repeatedly panned as shortsighted and disappointing (Energywire, Oct. 6).

While members of the OPEC cartel, including Saudi Arabia, have insisted the decision was not driven by politics, White House press secretary Karine Jean-Pierre stressed Tuesday that by making the decision, OPEC “sided with the Russians.”

Analysts have said Biden has limited options to address gas prices, which are averaging $3.87 per gallon, according to AAA (Energywire, June 2).

In a fact sheet released Tuesday evening, the White House noted that average gas prices are “down by about $1.15 per gallon since their peak in June,” adding that prices have declined 15 out of the last 18 weeks. Still, prices are roughly 55 cents higher than this time a year ago, according to the AAA website.

Biden administration officials said Tuesday they plan to replenish the SPR when world oil prices have fallen at or below $67 to $72 a barrel. Oil prices were around $90 per barrel as of Tuesday evening.

The White House took aim again Tuesday at refining companies, saying the “retailer margin over the refinery price is more than 40 percent above the typical level.”

DOE also finalized a rule on Tuesday that will allow it to enter “fixed-price” contracts with oil producers. That enables the agency to agree to a set price for its future purchases of crude to replenish the SPR; conventional purchase contracts rely on market prices.

On the call with reporters, administration officials noted that while oil production levels are going up in the United States, it’s still not at pre-Covid-19 levels.

“The short answer is that production levels [are] increasing, we want it to increase further, that’s helpful and that’s stabilizing, but we’re not quite there yet, especially with the additional volatility that continues to come from Russia’s invasion,” one senior official said Tuesday.