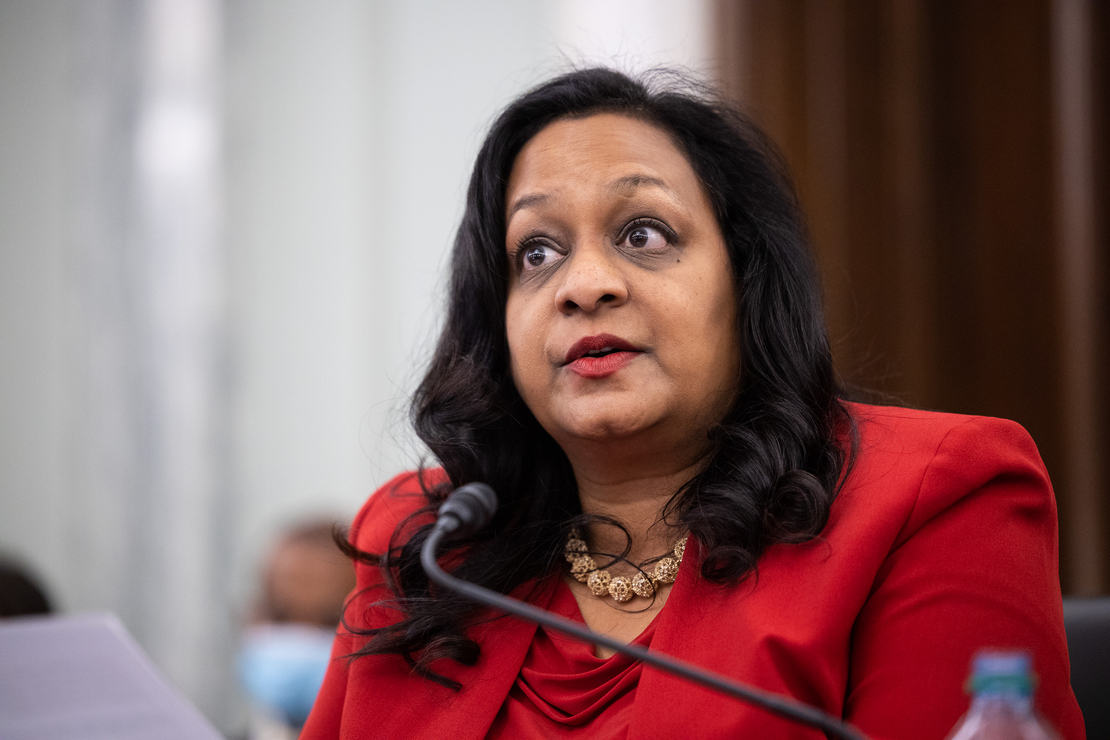 The Biden administration today finalized its definition of which wetlands and waterways are protected by the Clean Water Act.

The rule from EPA and the Army Corps of Engineers largely revives a definition of “waters of the United States,” or WOTUS, coined during the Reagan-era, updated to accommodate limits the Supreme Court has placed on federal jurisdiction during the intervening 36 years.

The latest definition is an effort by the Biden administration to find a “durable” solution for protecting wetlands and streams — an issue that has been hotly debated since the Clean Water Act’s passage in 1972. Through the years, the question has triggered regulatory back-and-forth, intense lobbying, and legal and political brawls among developers and agricultural and environmental groups.

EPA water chief Radhika Fox said the rule’s link to regulations dating back to the 1980s would be familiar to those seeking Clean Water Act permits.

“It’s grounded in our longstanding authority provided by Congress, and we really learned from the 45 years of implementation as we developed this final rule so [it] balances the needs for clean water protections with the needs of all water users,” she said in an interview. “I think we found that middle ground and that place with this rule.”

Still, water policy observers and advocates anticipate a legal backlash from farmers, developers and businesses that will argue the regulation is inconsistent with the Clean Water Act.

The new rule would give federal protection to large waterways, like interstate rivers and streams and wetlands that are adjacent to them.

Wetlands would be considered adjacent if they are connected to those larger waterways with “relatively permanent” surface water connections, or if they have a “significant” hydrologic or ecological “nexus” to those protected tributaries.

Those terms are rooted in a 2006 Supreme Court case, Rapanos v. United States, which splintered the justices 4-1-4 and resulted in two competing tests to determine if property is beholden to Clean Water Act permitting requirements.

The “significant nexus” test, penned by Justice Anthony Kennedy in his concurrence, is more expansive and has been largely adopted by federal courts. That hasn’t stopped conservatives from arguing that federal jurisdiction should be limited to the more restrictive surface water connection approach from the late Justice Antonin Scalia.

The new regulation also appears to answer a question that plagued the high court more recently in Sackett v. EPA.

During oral arguments this fall, the justices floated the idea of whether a new test is needed to best identify federally protected waters (Greenwire, Oct. 4).

“Is there another test that could be more precise and less open-ended than the adjacency test or the significant nexus test that you use?” Justice Sonia Sotomayor asked at the time.

Other colleagues asked whether EPA could put a distance-based limit on when wetlands would no longer be considered adjacent or affect water quality.

The final rule does not include any distance requirements for adjacent wetlands to be protected by the Clean Water Act, but explains that protected wetlands must be “reasonably close such that the wetland can modulate water quantity or quality” in another protected waterway.

The Biden administration decided against setting distance limits in the rule, it says, because wetlands’ effects on downstream waters “depends on regional variations in climate, landscape and geomorphology.”

“While bright-line rules, (for example, wetlands that are more than a specific number of feet from a jurisdictional water are not ‘adjacent’) are easiest to understand and implement, convenience is not the only goal the agencies must consider in administrating the Clean Water Act,” the rule states.

It explains that “a more nuanced approach is required” because a wetland’s impact on larger waterways can vary by region and climate.

For example, the rule says, wetlands in the arid West, where rainfall is lower and evaporation rates are higher, might need to be much closer to larger waterways in order to be considered “adjacent” than wetlands located in areas with flat topography, large floodplains and higher annual rainfall.

Still, the rule says, “The agencies can state based on nearly 45 years of implementation of this definition that in a substantial number of cases, adjacent wetlands abut (touch) a jurisdictional water.”

“And, on the whole, nationwide, adjacent wetlands are within a few hundred feet from jurisdictional waters,” it says.

A fact sheet accompanying the rule says “parts of the Florida Everglades” could be considered adjacent wetlands, though it does not specify which areas.

Parts of the east Everglades have been at the center of federal wetlands fights for decades, though Fox clarified that the fact sheet only lists waters that are “likely to be jurisdictional.”

“We are not saying if they are jurisdictional or not,” Fox said.

The Biden administration’s decision against placing distance limits on which wetlands are federally protected marks a change from both prior administrations.

Though the Obama and Trump administrations vastly differed on how expansive federal jurisdiction over wetlands should be, each wrote regulations they hoped would make the question of Clean Water Act protections easily predictable on the ground, with Trump administration officials even promising that farmers would be able to look at a wetland on their property and instinctively know whether it was federally regulated.

The new rule would protect more wetlands and streams than the regulation finalized by the Trump administration, which followed the Scalia test in Rapanos. That Navigable Waters Protection Rule only regulated wetlands and streams with relatively permanent surface water connections, excluding at least 18 percent of streams and a whopping 51 percent of wetlands nationwide from Clean Water Act protections (Greenwire, Dec. 11, 2018).

The Biden regulation likely protects fewer wetlands than the Obama administration’s 2015 regulation, which sought to draw “bright lines” of federal jurisdiction. The Clean Water Rule protected any wetlands that were located within the 100-year floodplain or 4,000 feet of a navigable water or tributary, and opened the door for “isolated wetlands” not near larger wetlands to be included.

Under the Obama rule, such isolated wetlands, like prairie potholes, western vernal pools, Carolina Delmarva bays, Texas coastal prairie wetlands and pocosins were to be considered for federal protection on a case-by-case basis but also as a system, meaning regulators would assess the importance of an individual pothole on its own and as part of a broader ecosystem in combination with other potholes in the watershed (Greenwire, Dec. 12, 2018).

The degree to which such isolated wetlands would be protected under the Biden rule is not clear, but the fact sheet accompanying the final Biden rule suggests that each wetland would be evaluated individually, not as part of a broader ecosystem as the Obama rule did.

The document says “additional waters” that do not meet the definition of adjacent wetlands or tributaries “are jurisdictional if they meet either the relatively permanent standard or the significant nexus standard.”

Asked about such isolated wetlands, Fox said the new rule does not include a specific category for considering their jurisdiction as the Obama-era rule did.

“It does include a practicable and reasonable approach for some prairie potholes and isolated wetlands to be in jurisdiction when there is that connection back to a larger navigable water,” she said.

As with both the Obama and Trump definitions of WOTUS, the final rule makes clear that ditches without relatively permanent flows of water, waste treatment systems, and artificial lakes or ponds are not subject to federal permitting rules.