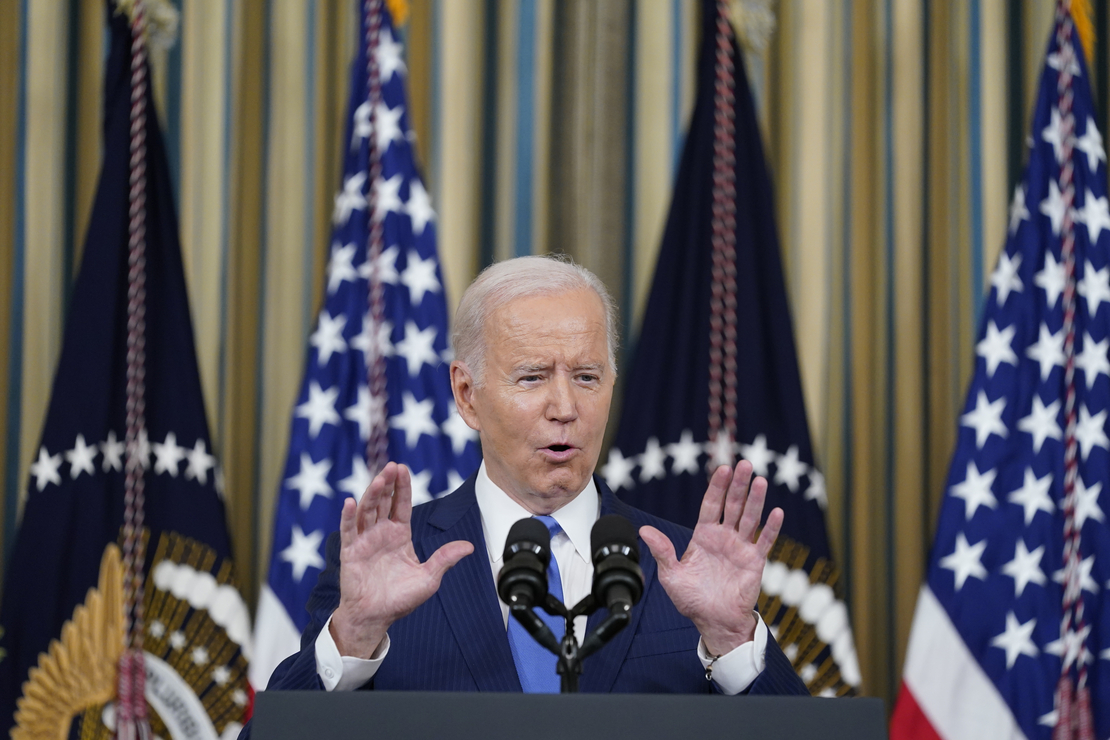 SHARM EL-SHEIKH, Egypt — President Joe Biden will arrive at this Red Sea enclave Friday to vaunt the climate victories he won half a world away.

But many officials here will be expecting him to deliver more than rhetoric about American carbon cuts.

“The thing about climate change is everyone’s affected. It’s just climate-vulnerable economies are impacted more and don’t have the means [to deal with it],” said Sara Jane Ahmed, an adviser to finance ministers for some of the world’s most imperiled countries.

Biden will land in this desert beach town days after other global leaders spoke urgently about their new climate pledges or offered spirited appeals to act quickly against rising temperatures. Biden’s visit follows pivotal U.S. elections that showcased his unpopularity and the likelihood that the influence of his political party is ebbing, for now, in the Capitol that three months ago was the site of his biggest climate win: passage of legislation that funneled $370 billion into a clean energy transformation.

But that money is for America — not for the nations that are asking for financial help from wealthy countries that released most of the greenhouse gases in the atmosphere.

The Inflation Reduction Act — the massive spending package for climate — puts a down payment on the U.S. pledge to halve emissions by 2030.

But it doesn’t help the United States meet its commitments to finance efforts to reduce fossil fuels and build climate resilience in poor countries. And it doesn’t answer growing calls from peril-prone countries for funding to compensate people for lost homes and livelihoods from unavoidable climate impacts.

The White House official said Biden would be prepared to “demonstrate how we’re mobilizing unprecedented levels of public and private finance.”

Senior White House adviser John Podesta, who Biden tapped to coordinate implementation of the climate law, said the administration is trying to persuade Congress to support its request for $11.4 billion in climate finance for fiscal 2023. That amounts to Biden’s promise to quadruple U.S. climate aid for developing countries by 2024.

It comes as the elections are poised to put Republicans in control of the House, making it highly unlikely that the funding would be approved after the expected change of power in January.

Podesta said the White House is focused on including international climate aid in omnibus spending legislation between now and December.

“It’s a top priority for our team to try and secure the request that we made,” he said.

David Waskow, director of the World Resources Institute’s international climate program, said it would be important for Democrats to make climate funding a reality.

The omnibus spending bill “will be a critical moment in terms of really leaning into climate finance,” he said.

House and Senate Democrats arriving in Sharm el-Sheikh on Thursday can expect to be quizzed about plans to deliver climate money.

Sen. Sheldon Whitehouse (D-R.I.), who is making the trip with Democratic Sens. Ben Cardin of Maryland and Ed Markey of Massachusetts, told E&E News in an interview Wednesday that Democrats hadn’t yet formulated a strategy for doing that.

Republicans in Congress are “particularly hostile” to climate aid, he noted, and can block legislation in the Senate.

“Until we knew what the election was going to turn out to be, it’s hard to define priorities,” Whitehouse said. “So, I don’t want to speak for the caucus or the leader or the Speaker on their priorities.”

House Speaker Nancy Pelosi (D-Calif.) is leading her own delegation to the Egyptian resort town this week. She has more leverage than anyone in Congress to insist on funding for climate aid. Her office didn’t respond to a request for comment.

Beyond budgetary requests, the United States is also pushing for reforms within the World Bank and other global international financial institutions to extend more climate finance. On Wednesday, climate envoy John Kerry outlined a plan that would allow companies to purchase carbon credits to fund transitions from fossil fuels to renewables in developing countries (Climatewire, Nov. 9).

“All of that is recognizing that the U.S. has an obligation to step up to the plate to meet a global commitment to fund just energy transitions not just in the U.S., but globally,” Podesta said.

The summit comes at a particularly perilous time, following a year of climate-driven catastrophes that killed thousands of people and wracked up billions of dollars in damages. At the same time, rising energy costs and food insecurity have stretched countries’ budgets. Climate action has suffered, with report after report showing that the world has barely moved the needle on emissions cuts.

That’s put a new item on the agenda: compensation for unavoidable climate harms. The issue, known in U.N. parlance as loss and damage, is meant to provide money to poor countries that bear the greatest impacts of climate change driven by emissions from richer ones.

It has also opened up debate on who should be responsible for paying for those damages — the countries that have contributed the most emissions throughout history or also those doing so today.

“It’s clear that this is a global obligation,” said Podesta, noting that “China is the largest emitter now.”

U.S-China relations have grown increasingly tense since last year’s climate summit in Glasgow, Scotland. It was there that the United States and China sealed a deal to deliver strategies by this year to reduce their emissions of methane, a potent greenhouse gas (Climatewire, Nov. 11, 2021).

But China suspended climate discussions with the U.S. earlier this year following Pelosi’s visit to Taiwan, stirring concerns about what it could mean if the world’s two largest climate polluters weren’t talking to one another (Climatewire, Aug. 8).

Podesta, who recently spoke with China’s lead negotiator Xie Zhenhua, said China has a preliminary plan that would include methane in its climate targets. He encouraged Xie to finalize it.

“That would be a very good thing for the system and the integrity of the Paris process,” Podesta said.

But a formal dialogue has not resumed between Beijing and Washington.

“We would encourage them to get back to the table,” said Podesta. Even in the midst of intense competition, “it’s still important that we understand what each other’s strategy is, what we’re trying to do, how we’re moving forward on goals.”