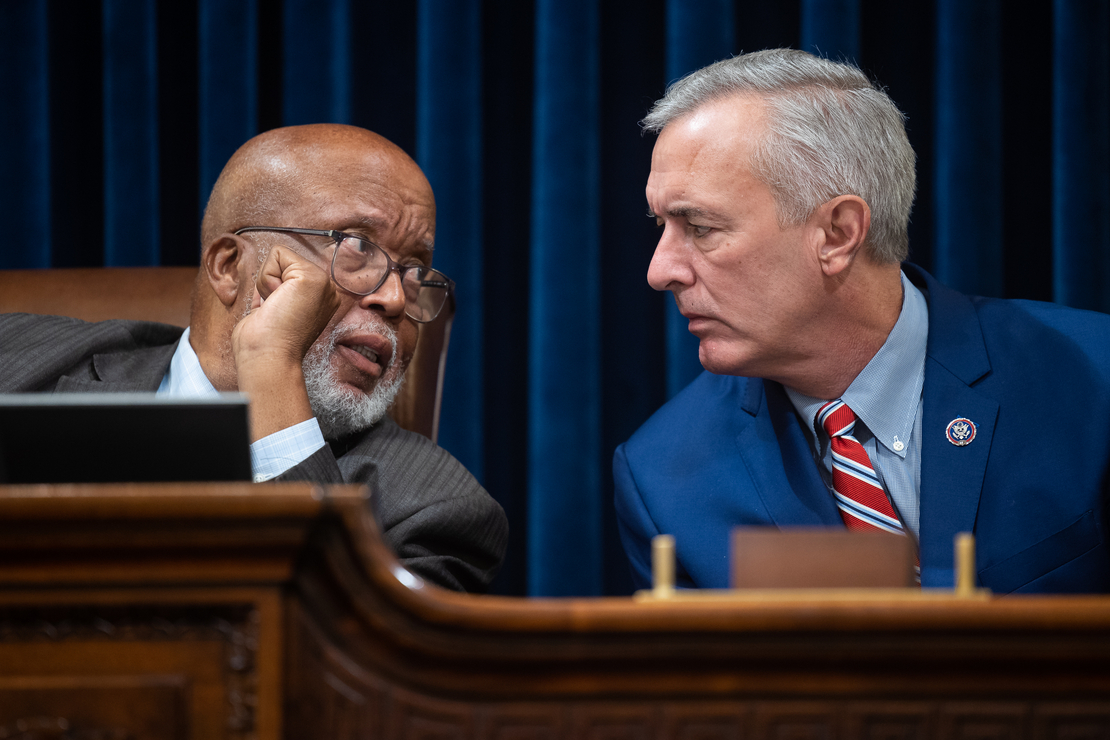 Bipartisan leaders of the House Homeland Security Committee said Wednesday that Mississippi’s Republican leaders should appear on Capitol Hill to discuss whether the city of Jackson was starved of funds, a factor that’s been blamed for fueling a water crisis there.

“How does a city that size not get the funding that is sent to the state on a routine basis to shore up its system? … How do the leaders let that happen?” Rep. John Katko of New York, the committee’s top Republican, asked members at the oversight hearing.

“Maybe we can learn the details of possible racism involved, obvious incompetence and malfeasance, and make sure we fashion things going forward worthwhile,” he said. “These people shouldn’t be let off the hook.”

Democratic Rep. Bennie Thompson of Mississippi, the panel’s chair whose district includes large swaths of Jackson, later addressed Katko’s comments and said he looks forward to having a review of how the state’s capital city was treated by both the state and federal agencies and why there was a lack of funding.

“There’s no question about it,” said Thompson. “The data will reflect what is and what is not, we look forward to having that review.”

The hearing amplified Thompson’s earlier assertions that Mississippi’s leadership stood in the way of federal funding streams from reaching the majority-Black city (Greenwire, Sept. 2). The city was plunged into crisis late last month when water plants there suffered from flooding and equipment failures, leaving about 150,000 people without reliable, clean drinking water.

Thompson is reportedly pushing for up to $200 million in emergency funds for the city as part of a stopgap measure to fund the government past Sept. 30, according to POLITICO. Instead of moving through state revolving funds that Mississippi would ultimately oversee, the money would go through a separate financing mechanism.

Some members pointed directly to the involvement of Mississippi Gov. Tate Reeves (R), who did not immediately respond to a request for comment.

“I think we need to reinforce the fact that the state of Mississippi, the governor in particular that gave no great answers, was really at the center point, the focal point of not directing funds,” said Democratic Rep. Sheila Jackson Lee of Texas.

While Jackson’s water system has long been plagued with maintenance issues, staffing woes and a string of federal violations and notices, an outstanding issue has been the city’s ability to secure enough funding to upgrade its O.B. Curtis plant and offer competitive wages to retain skilled workers.

Abre’ Conner, director of environmental and climate justice at the NAACP, told the committee that Mississippi since 1996 has received federal funding for drinking water systems, but the city of Jackson has received allocations of federal funding in just two of the last 25 years.

“When federal funding became available as a part of the bipartisan infrastructure law, Jackson received only a small sum of funds with limitations on its use, despite the city’s crumbling infrastructure,” she said.

Earlier this month, the White House said the city of Jackson could dip into $450 million set aside in the American Rescue Plan Act for the state of Mississippi, including $20 million specifically for water (Greenwire, Sept. 2).

The state is also slated to receive $75 million through the infrastructure law for the current fiscal year, about $19.4 million going directly into the general state revolving fund for drinking water in the form of grants, according to an agency memo. In addition to that is about $429 million for the state over the next five years.

The committee yesterday probed ideas for how to ensure money is reaching underserved communities. Conner said federal dollars should be flowing directly to cities or municipalities in need instead of states.

Conner also said there are data issues as it relates to toxins and pollutants in disadvantaged communities, which makes it difficult for the public to know what pollution is plaguing their community. She also said that federal dollars need to first go to communities like Jackson that have experienced “deliberate disinvestment.”

Jim Craig, director of health protection for the Mississippi State Department of Health, said in an email that the city of Jackson currently has two open Drinking Water State Revolving Fund loans: A $12.9 million loan awarded in 2019 and a second loan for $27.5 million awarded in fiscal 2021, which still has about $4 million remaining. The city is working on submitting a request for a 2023 Drinking Water State Revolving Fund loan, according to Craig.

Craig also said that the state’s intended use plan for fiscal 2022 outlines criteria for a “disadvantaged community” that would allow the city of Jackson to qualify to receive some form of principal forgiveness or subsidy under the bipartisan infrastructure plan.

“Yes, the city of Jackson is considered a disadvantaged community per this criterion,” Craig wrote.