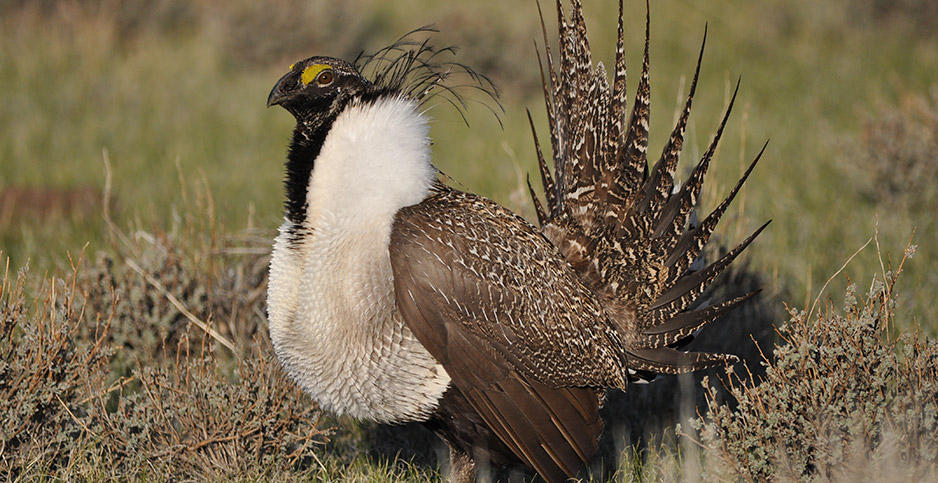 BLM has completed six draft supplemental environmental impact statements (EISs) that correct problems identified by Judge B. Lynn Winmill in the U.S. District Court for the District of Idaho, according to multiple sources familiar with the situation.

The agency will publish the draft documents in the Federal Register, likely on Friday, the sources said.

Sources told E&E News that BLM’s goal is to persuade Winmill to lift the order, which kept the original plans finalized in 2015 "in effect" until litigation brought by a coalition of environmental groups is resolved.

If not, the Justice Department has already notified the 9th U.S. Circuit Court of Appeals that it plans to appeal Winmill’s ruling. But DOJ recently filed for 30-day extensions to file briefs with the 9th Circuit outlining in more detail the legal basis for its appeal, sources said.

That was done, in part, sources said, to give DOJ more time to gauge Winmill’s response to the supplemental EISs. It’s not uncommon for DOJ to file a notice of appeal to reserve that option but to later drop the appeal.

But the Trump administration’s decision to publish already-completed draft supplemental EISs without first opening a public scoping period is certain to rile conservation groups and congressional Democrats opposed to the revisions.

So is the fact that the draft documents are not expected to contain any significant new analysis but rather will outline in greater detail to Winmill the roughly two-year process to revise the plans and how it complied with NEPA mandates.

Among other things, Winmill wrote that it is "well-within the agency’s discretion" to tweak the Obama-era plans but criticized BLM for not taking a "hard look" at the impacts of the revisions to the grouse as required by NEPA.

"Certainly, the BLM is entitled to align its actions with the State plans, but when the BLM substantially reduces protections for sage grouse contrary to the best science and the concerns of other agencies, there must be some analysis and justification — a hard look — in the NEPA documents," Winmill, a Clinton appointee, wrote in the order.

He concluded, "It is likely that plaintiffs will prevail on their claim that this hard look was not done with respect to all six" final EISs that evaluated the grouse plan revisions. BLM used those six reviews to justify the final changes to the plans early last year.

Winmill’s order stemmed from a lawsuit filed by a coalition of groups — the Western Watersheds Project, WildEarth Guardians, the Center for Biological Diversity and the Prairie Hills Audubon Society — challenging the revisions (Greenwire, April 22, 2019).

The groups, and many other critics, have argued that the revisions weaken protections for the bird and will ultimately drive it toward extinction. Among other things, the Trump administration’s changes give BLM the option to allow drilling and other development closer to sensitive sage grouse breeding grounds, called leks.