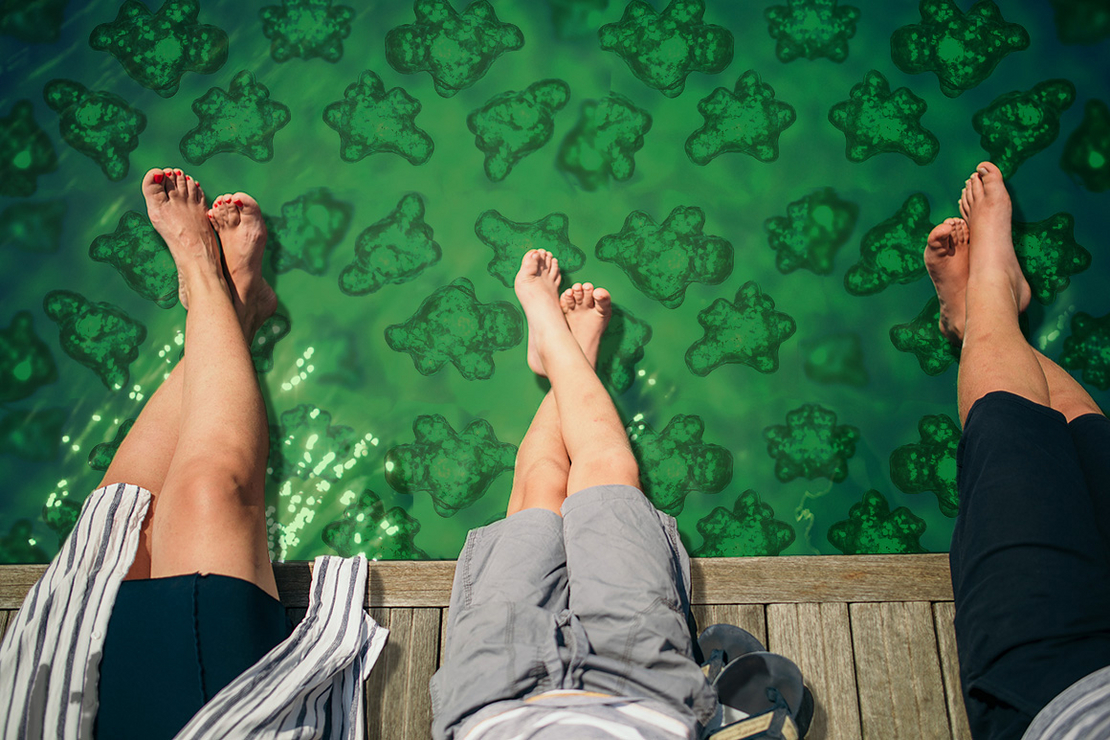 The death of a Nevada boy who contracted brain-eating amoeba after swimming in Lake Mead this fall is highlighting how climate change can fuel the spread of the usually rare infection.

Naegleria fowleri, known colloquially as a brain-eating amoeba, lives in warm, fresh water and can enter the human body through the nose, traveling up to the brain, where it starts destroying tissue, causing an infection known as primary amebic meningoencephalitis. Climate change-induced warming means the amoeba can now be present in areas of the country where it didn’t used to be, like in the north and west. It’s also extending the amoeba’s life span past the summer months.

The Nevada boy died after swimming on the Arizona side of Lake Mead “at the beginning of October” and developed symptoms about a week later, according to the Southern Nevada Health District, which did not release any other information about the child other than that he was younger than 18 years old and a resident of Clark County.

“My condolences go out to the family of this young man,” District Heath Officer Dr. Fermin Leguen said. “While I want to reassure the public that this type of infection is an extremely rare occurrence, I know this brings no comfort to his family and friends at this time.”

Indeed, the Centers for Disease Control and Prevention says there have been just 154 people infected by the amoeba between 1962 and 2021, and just 31 cases since 2012. But infection is nearly always fatal, with just four known survivors in the past six decades.

Still, the rarity of infection is one reason the National Park Service has decided to continue allowing swimming in Lake Mead following the boy’s death.

“The National Park Service, working with the NPS Office of Public Health, has made the decision to continue to allow recreational swimming at Lake Mead National Recreation as the organism exists naturally and commonly in the environment but disease is extremely rare,” said U.S Public Health Service officer Maria Said. “However, recreational water users should always assume there is a risk anytime they enter warm, fresh water.”

NPS cited the CDC in recommending that people swimming in Lake Mead can take precautions to avoid infection, like avoiding jumping or diving into bodies of warm, fresh water, especially during the summer, holding their nose shut, using a nose clip or keeping their head above water, and avoiding stirring up the sediment in shallow warm, fresh water.

But it is the first confirmed fatality caused by Naegleria fowleri at Lake Mead National Recreation Area — a place that has become a poster child of the impacts of climate change this summer as drought has shrunk the lake to just 27 percent of its capacity, revealing multiple sets of human remains as previously covered lakebed dries up (E&E News PM, Aug. 18).

Those conditions are perfect for encouraging the amoeba to grow. And when warm weather drives people into the water, it creates more opportunities for infection, Gerba said. He added that while the amoebas are often present in fresh water, infections become more likely as water warms above 86 degrees Fahrenheit, because that’s when the amoebas become prevalent enough to infect people.

“The lower the water tables, the water is shallower, and it warms faster and be more conducive to the amoeba’s growth,” Gerba said.

Though infections are still quite rare, the CDC warns that “it is possible that Naegleria fowleri infections will become more common because of climate change.”

It used to be that such infections were limited to Southern states, like Texas and Florida. But now, the CDC says, “evidence suggests that the range of Naegleria fowleri is expanding northward, which is possibly a result of climate change and warmer temperatures.”

One 2021 study by the CDC found that even though infection rates have remained steady, the amoeba has moved from Southern states to Northern and Western states like Nebraska, Iowa, Minnesota, Indiana, Maryland and Northern California, suggesting that climate change is increasing the amoeba’s ability to survive in areas where it previously couldn’t.

Gerba also said that the Lake Mead infection was one of the latest cases of Naegleria fowleri he has heard of, noting that “this is usually something you only see in July and August.”

“It’s very concerning, and it must mean that the water is staying warmer longer,” he said.

Though most infections in the United States have been attributed to people swimming in warm lakes, one known outbreak in Arizona stemmed from the use of warm groundwater, with the amoeba growing in a well, said Gerba, who 10 years ago reviewed all known cases of the amoeba in Arizona. Other cases have also involved contaminated water used in backyard slip-and-slides or improperly chlorinated swimming pools.

The brain-eating amoeba isn’t the only waterborne pathogen that’s been expanding thanks to climate change. CDC data has also shown a rise in cases of flesh-eating bacteria, or Vibrio vulnificus, since the early 2000s (Greenwire, Oct. 30, 2020).

“Anybody with small children should be really concerned” when it comes to Naegleria fowleri, Gerba said. He said that wading in warm, fresh water is perfectly safe, but he advised against swimming or “immersion” activities.

“If your child really wants to swim or jump in warm, fresh water, they should really wear a nose clip,” he said. “The infections are extremely rare, but with a 98 percent mortality rate, you don’t want to take any chances.”