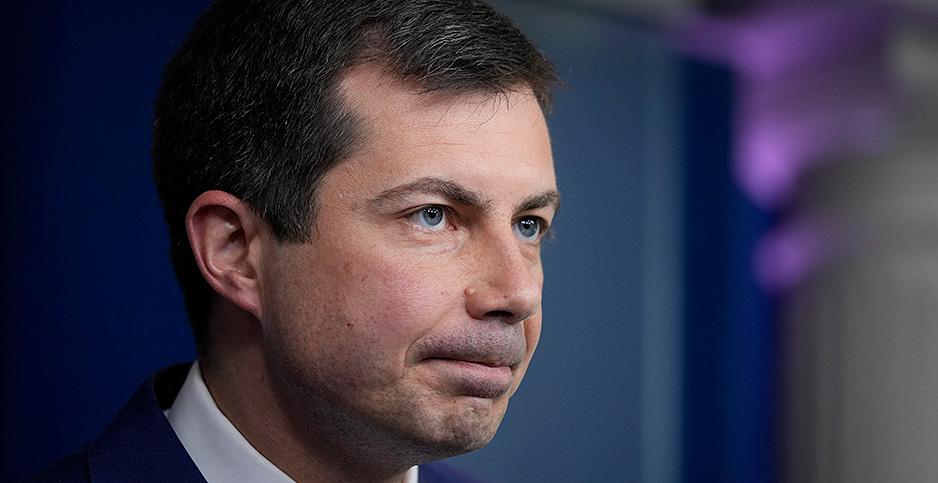 Secretary of Transportation Pete Buttigieg suggested new regulations may be necessary in the wake of the Colonial pipeline hack. Drew Angerer/Getty Images

"There does need to be a very high standard, and that includes reporting and accountability," Buttigieg said today during a live interview with The Washington Post.

"The president’s executive order speaks to that. We may need further policy moves to make that possible."

President Biden yesterday issued an executive order aimed at boosting the federal government’s defenses against cyberattacks like the one that ultimately disrupted fuel delivery up and down the East Coast. The order calls for tougher standards for federal contractors and a cyber review board that would analyze lessons learned from major breaches (Energywire, May 13).

While the executive order does not apply to private companies unless they are government contractors, Buttigieg said accountability for private companies is crucial. Eighty-five percent of the nation’s critical infrastructure is owned and operated by the private sector.

The cyberattack caused Colonial to close its 5,500-mile network, suspending daily deliveries of 100 million gallons of jet fuel, gasoline and other fuels to the Southeast and East Coast and causing a fuel shortage crisis from Alabama to Virginia.

While the pipeline is back up and running, it’s moving around 5 miles an hour — slower than usual. In order to ensure the fuel supply, the Biden administration has directed federal agencies to ease trucking and shipping regulations.

A Department of Homeland Security spokesperson today announced the administration has issued a temporary waiver of the Jones Act for a second company. The first company waiver, which allows foreign-flagged ships to deliver to U.S. ports, was issued yesterday.

"This decision was made after careful consideration and consultation with interagency partners across the federal government as part of the whole-of-government response President Biden directed to address the impacts of the Colonial Pipeline shut down," the spokesperson said in a statement.

Biden has faced increasingly strident calls from industry to issue a blanket waiver of the Jones Act, the 1920 law that requires commodities moving within U.S. ports to do so on vessels mostly owned and crewed by Americans.