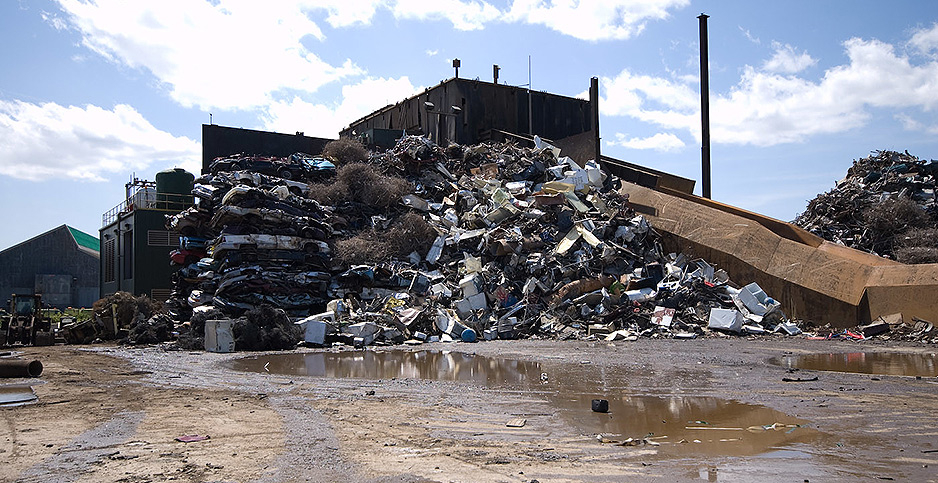 Community leaders on the southeast side of Chicago have filed a civil rights complaint accusing the city of pushing heavy industry into Black and Latino communities while enabling luxury developments in wealthy parts of the city.

The Fair Housing Act complaint with the federal Department of Housing and Urban Development centers on the Chicago City Council and Mayor Lori Lightfoot’s recent approval of moving a recycling facility from the city’s wealthy Lincoln Park neighborhood to southeastern Chicago.

In 2016 the city approved new land-use plans meant to enable luxury development within the Lincoln Park neighborhood. The next year, the city’s zoning ordinances were changed to create "receiving corridors" where industry displaced from Lincoln Park could relocate.

Those corridors include the southeast side of the city, which the complaint says has more residents of color than 81% of other Chicago neighborhoods.

City spokesperson Jordan Troy wrote in an email that Lightfoot is taking the claim seriously, and noted that the mayor’s office has already launched an "Air Quality Reform Agenda … to identify regulatory gaps [and] create new ordinances at the City Council that will reform zoning related to industrial and polluting uses, establish an environmental equity working group, and enact further reforms aimed at alleviating these conditions."

Troy also noted that General Iron has not yet received a permit from EPA for its planned expansion.

"If it does, the City will hold [the company] to the highest standards of environmental controls, and will be looking for these measures to be reflected in their proposal as anything less is unacceptable," she wrote.

The General Iron facility has a long-standing history of pollution, according to the complaint. In May, there were two explosions at the recycling plant, one of which "knocked out" pollution control equipment that had been installed in response to an EPA enforcement action.

"The City actions enabling the removal of an entity repeatedly cited for violating environmental regulations from the Lincoln Park neighborhood, a gentrified and further-developing predominantly white community, to a location on Chicago’s Southeast Side will result in significantly greater impacts from the resulting negative externalities due to the cumulative effects felt by the Southeast Side residents," the complaint says.

Cheryl Johnson, executive director of People for Community Recovery, said her neighborhood on the city’s far South Side has been nicknamed "the toxic doughnut."

"We always are talking about the City of Chicago just using our community as a dumping ground for so many years," she said. "Why do we always have to get polluting industry in our area?"

Salazar accused the city of listening to Lincoln Park residents’ concerns about pollution while ignoring the same concerns from Black and Latino communities on the southeast side of Chicago.

"Those actions are clearly discriminatory and demonstrate an environmental racism when the receiving community is already overburdened by industry and protests the relocation," she said.