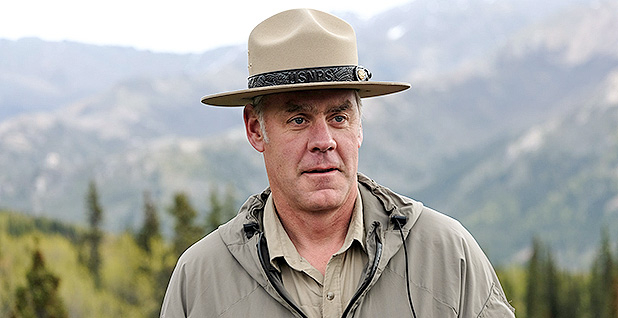 A climate change science advisory group assembled by the Obama-era Interior Department is dead for now. If it’s revived by the Trump administration, it will likely have a new mission.

The Advisory Committee on Climate Change and Natural Resource Science was established in 2013 to offer advice to the Interior secretary about climate change. Its 25 members included federal scientists, state experts, environmentalists and business representatives.

But that group is now in limbo. A scheduled meeting planned for April was canceled. The panel’s charter was allowed to quietly expire in June. And the committee’s website refers to the group in past tense.

Interior officials say the panel has been stalled as the new administration considers what to do with advisory groups more broadly. If it’s revived, Interior officials signaled it will have fewer members and a different objective.

The committee’s charter was slated to expire two years after its inception on June 17, 2015, unless it was renewed.

After Trump’s November election, some members wondered about the fate of the group, but they were hopeful it would survive.

At the group’s last meeting, held right after the election, members generally thought the committee and its efforts to inform Interior’s Climate Science Centers would continue.

Some former participants recalled being told there was "no doubt" their individual two- or three-year terms would be reauthorized.

"We recognized that climate change mitigation might not be a big priority with the administration, but we thought there might be an interest in climate change adaptation," said Aimee Delach, a senior policy analyst for Defenders of Wildlife and former committee member. "Unfortunately, I think that is not proving to be the case."

The panel had prepared an extensive action plan for 2017 and beyond and had a meeting on the books for April of this year.

"After the election, they said, ‘Hold off, we don’t know what’s going to happen. Don’t buy any tickets yet,’" said Paul Beier, a professor with the School of Forestry at Northern Arizona University and former committee member.

But two weeks before the scheduled meeting date, Beier said, members were told to go ahead and buy tickets. Days later, in April, an email advised members the meeting was canceled.

After the cancellation, T. Douglas Beard, then chief of the National Climate Change and Wildlife Science Center, told committee members that Interior "would like us to redevelop a charter with a slightly different tasks and a reduced membership that brings more professional societies onto the committee."

"The revised committee will focus its efforts on science priority development, stakeholder and partner engagement and operation as network," he said in an email sent April 28.

Then in July, Beier and others abruptly received a letter thanking them for their service.

"It raised some concerns that the committee was being particularly singled out," former Chairman Bruce Stein, the chief scientist for the National Wildlife Federation, said in an interview.

Interior Department officials say the move came as part of a broader departmental review of its 200-plus advisory committees.

"Final decision on the boards will not be made until we thoroughly review each board and conclude the review period in September or thereafter," Interior spokeswoman Heather Swift said.

Stein said he believes "there is still support within the Interior Department for reconstituting the committee," adding that he hopes it happens because "it’s been really helpful."

Some former committee members are worried about how an overhauled panel would be structured under the new administration.

"Obviously, this administration has been, among other things, exceptionally slow in addressing all manner of issues related to science and informing policy and federal agencies," said former committee member Peter Frumhoff.

Frumhoff, who’s now director of science and policy at the Union of Concerned Scientists, said officials may be "undermining the straightforward way in which climate science might inform public lands and public policy."

Some of the anxiety seems to stem from the Trump administration’s proposed budget cuts to Interior’s Climate Science Centers. In the fiscal 2018 budget, the White House slashed their budget by 34 percent and proposed eliminating half the facilities.

The administration is requesting $17.4 million for the "National and Regional Climate Adaptation Science Centers" in fiscal 2018, about $8 million less than what the hubs received for fiscal 2017. The fiscal 2016 enacted funding level for the climate science centers was $26.4 million, which the April omnibus reduced to $25.3 million (Greenwire, June 7).

Former committee member Beier said that in his mind, it’s clear the disbandment of the advisory committee is directly tied to the Trump administration’s stance on climate change. Otherwise, he asked, why dissolve a working group that costs basically nothing?

"A few airplane tickets to get 20 smart people working for you — what a deal," he said.

Many of the Interior Department panels under review deal with parochial and low-profile issues, like the Captain John Smith Chesapeake National Historic Trail Advisory Council. The climate change and science panel, with its authorized 25 members, was different. It could find itself immersed in high-profile scientific and political issues.

Officials, for instance, made what former committee member Kyle Powys Whyte, a professor of philosophy and community sustainability at Michigan State University, said was a "concerted effort to have at least two members who represent and can speak to tribal interests regarding climate science."

"This led to some very compelling sections of reports and documents … that improved the way in which tribes can exercise their voices in actionable science and have better access to the benefits of climate science," Whyte said.

The committee advised the Interior secretary on the U.S. Geological Survey National Climate Change and Wildlife Science Center and on Interior’s eight Climate Science Centers. Its last three-page charter, adopted in 2015, stated as its first priority: "Advising on the contents of a national strategy identifying key science priorities to advance the management of natural resources in the face of climate change."

Its 2015 recommendations — the first deliverable the group was tasked with — included suggestions for boosting communication across Interior agencies on climate change, supporting tribes in their efforts to adopt science-based adaptive strategies and prioritizing the production of actionable science that would be useful to land managers on the ground.

The advisory committee was also gearing up to develop a detailed science agenda, with a focus on providing resource managers with concrete adaptive strategies, according to a strategic planning update the committee posted from its November 2016 meeting.