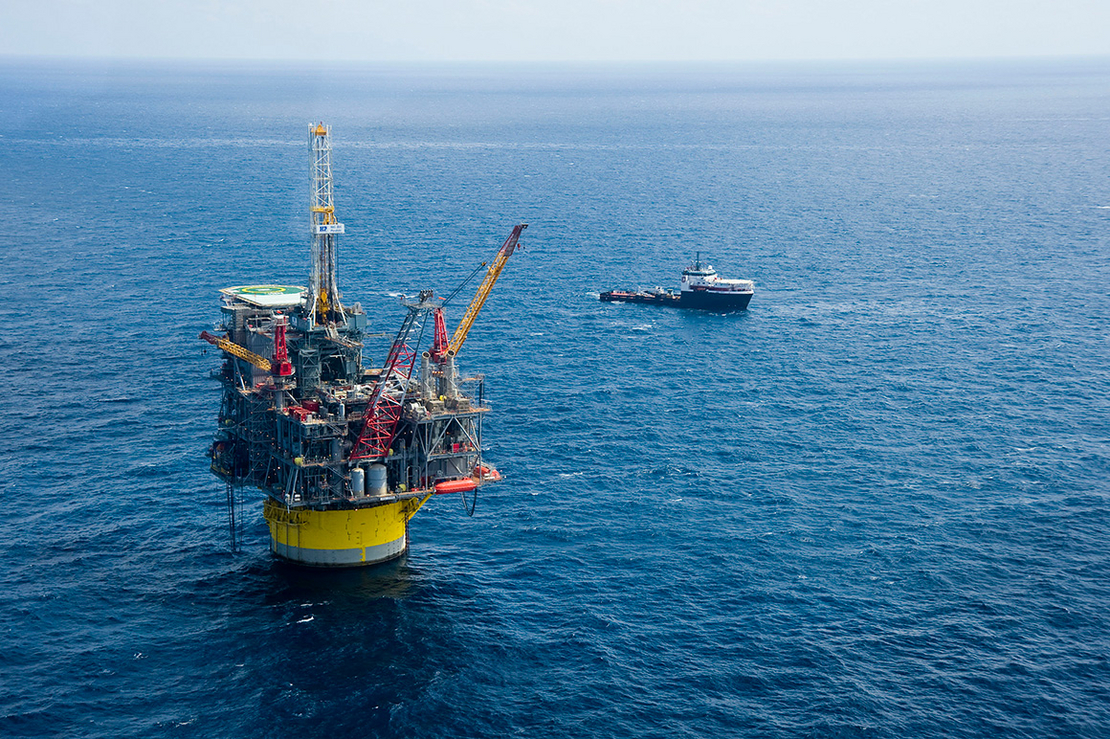 The Perdido deepwater offshore production platform in the Gulf of Mexico in 2010. Bureau of Safety and Environmental Enforcement/Flickr

A court ruling yesterday cleared the way for President Joe Biden to once again pursue one of his earliest climate actions: A pause on federal oil and gas leasing designed to give the government time to study the program’s contributions to planet-warming emissions.

But can a new ban actually be implemented?

Not likely, observers say, because yesterday’s decision from the 5th U.S. Circuit Court of Appeals came one day after the president signed the Inflation Reduction Act, a major climate law committing the federal government to millions of acres of new onshore and offshore lease sales.

The act is a “legislative mandate that now needs to be followed by [the Department of the] Interior,” said Kyle Tisdel, climate and energy director at the Western Environmental Law Center.

He added: “At least for the next 10 years, how [Interior] manages its leasing program is sort of a done deal.”

Among the provisions of the Inflation Reduction Act is a requirement that the Interior Department revive the massive and controversial Lease Sale 257 in the Gulf of Mexico, which another court previously rejected for inadequate environmental analysis.

The act also requires Interior over the course of a decade to lease 2 million acres of public lands per year, or half of the acreage drillers nominate, whichever is smaller. Offshore, the agency is directed to offer 60 million acres of federal waters each year. These requirements are part of a provision for granting certain wind and solar energy permitting.

Yesterday’s 5th Circuit ruling “does not change our existing expectation for the Biden Administration to pursue the smallest number of onshore and offshore lease sales necessary to enable green energy development on federal lands under requirements imposed by the” Inflation Reduction Act, said ClearView Energy Partners LLC in a note to clients.

The 5th Circuit decision also follows Interior’s November 2021 release of its climate analysis of the leasing program — the impetus for Biden’s pause.

Nicholas Bryner, a law professor at Louisiana State University, said the 5th Circuit ruling didn’t appear likely to change much on the ground when it comes to leasing, especially after the passage of the new climate law.

He noted that the act required BOEM to grant Lease Sale 257 to the highest bidder 30 days after the law’s passage. The sale, which had been specifically referenced in the 5th Circuit leasing litigation, had been tossed out by another court for violating the National Environmental Policy Act — a decision the oil and gas industry is now fighting in the U.S. Court of Appeals for the District of Columbia Circuit.

In a court filing yesterday in the D.C. Circuit, the Justice Department said that the passage of the IRA was relevant to the litigation, but it was still reviewing the scope of the law’s impact on the legal fight.

BOEM is also in the process of developing a new five-year leasing plan for 2023 to 2028, which will lay out areas in the outer continental shelf available for oil and gas development.

As for public lands, the Bureau of Land Management held a sale of 173 parcels earlier this summer. The agency has said it held the sale in response to the court order that the 5th Circuit scrapped yesterday.

The BLM sale is already the subject of litigation from environmental groups who questioned the analysis of its environmental impacts — illustrating the pressure Biden faces to simultaneously open up new acres for development and close down a major source of planet-warming emissions (Energywire, June 30).

Although the 5th Circuit yesterday opened a door for Biden to reinstate his leasing pause, that doesn’t mean he will, said James Goodwin, senior policy analyst at the Center for Progressive Reform.

“Given all the near-term uncertainty,” he said, “I suspect Biden will prefer to just stick with the status quo.”

‘We are in a climate emergency’

Last year’s order blocking Biden’s leasing pause was a major victory for Louisiana and other Republican-led states that had argued the administration did not have the authority to stop all new sales.

But the 5th Circuit found yesterday that the order from the U.S. District Court for the Western District of Louisiana violated procedural law by not being specific enough about what final action it was blocking, and it sent the order back to the lower bench (Greenwire, Aug. 17).

Even though the 5th Circuit struck down the district court’s order on procedural grounds — rather than the substance of the Biden administration’s defense — the ruling yesterday affirmed that Interior has a lot of discretion when it comes to managing oil and gas activity, said Kristen Monsell, a senior attorney at the Center for Biological Diversity.

Congress did not take away that discretion when it enacted the IRA, she added.

“I think that it’s all the more important that Interior needs to start focusing on production on existing leases and phasing that down,” Monsell said.

Yesterday’s ruling was an indication that Interior should act quickly to reform the federal fossil fuel program, said Drew Caputo, vice president of litigation at Earthjustice.

“We are in a climate emergency and cannot afford any new leasing that will further entrench the fossil fuel industry’s hold on our country’s energy future and inflict harm on communities and ecosystems both onshore and offshore,” he said in a statement.

Louisiana Attorney General Jeff Landry, who helmed the legal challenge by Republican-led states, did not say yesterday whether he would fight the 5th Circuit ruling, but he promised more legal challenges were in the works.

“It’s unfortunate we have to continue litigating policies by Biden that cause pain for American families, especially those crushing us at the pump,” Landry said in a statement.

Risk of a new injunction?

The 5th Circuit ruling didn’t settle the question of whether the Biden administration had acted within its authority when it issued the leasing pause.

Kathleen Sgamma, president of the Western Energy Alliance, said in an email that the 5th Circuit’s decision to send the case back to the Louisiana district court could mean that the lower bench could issue a new injunction or reach a decision on the substance of the case.

The 5th Circuit decision also does not affect the Western Energy Alliance’s separate challenge against Biden’s leasing pause in the U.S. District Court for the District of Wyoming, she said.

“We’re hoping the judge rules soon, since the Interior Department has not taken any actions for regular, quarterly onshore lease sales as required by law,” Sgamma said. The case in the Wyoming court was argued in May.

But the fact the Biden administration resumed onshore leasing in June likely moots the underlying the arguments in both the Wyoming and Louisiana district court cases, said Tisdel of the Western Environmental Law Center.

“I don’t know that there’s going to be that much of an active issue,” he said.

Clarification: This story has been updated to reflect additional information about the minimum number of acres of public lands the Interior Department must offer for lease sales under the Inflation Reduction Act.