Climate will touch ‘every single piece’ of Biden’s budget 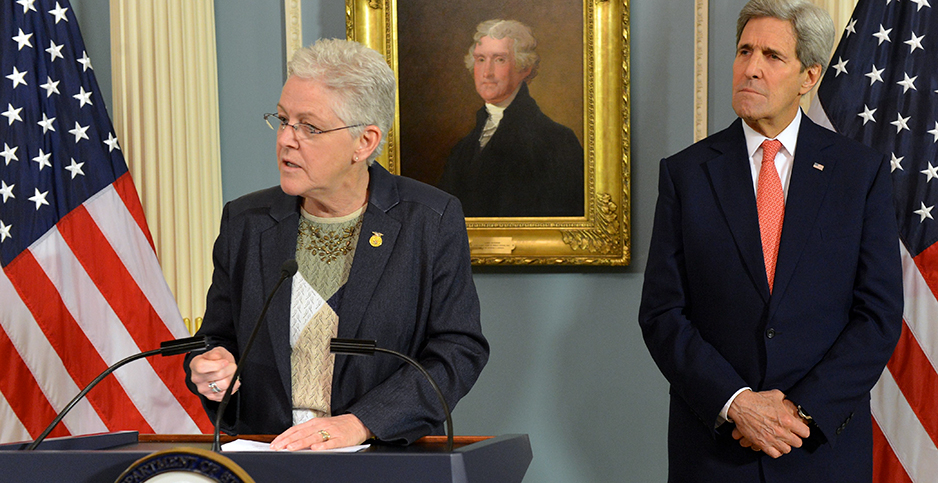 President Biden’s two top climate advisers promised a whole-of-government approach to reducing greenhouse gas emissions and adapting to a warmer planet, with an effort extending beyond the traditional environmental agencies.

"We want every single piece of the federal budget to be looked at," Gina McCarthy, the former EPA chief and Biden’s domestic climate czar, said during a virtual event Saturday at the U.S. Conference of Mayors’ Winter Meeting.

"We are going to sit down and work with local communities every step of the way to understand what their needs are, so that we can help to use the federal budget to advance those needs, and how we can leverage opportunities in the private sector and lower costs through our procurement power," McCarthy added.

But an even broader response, including infrastructure and COVID-19 relief legislation from the Democratic Congress, would fit with what Biden promised on the campaign trail — and heighten tensions in the political battles over climate change that are already playing out on Capitol Hill.

For that reason, the administration should make a point of selling climate action to the public through, for example, clean energy demonstration projects in states like West Virginia and Kentucky, John Kerry, Biden’s international climate envoy, said during the Conference of Mayors event.

"We’re going to have to persuade Americans that this is not what some of the deniers and obstructionists have wanted people to believe," Kerry said. "It is not a diminishment of lifestyle."

The next round of COVID-19 relief, and a potential infrastructure bill in the coming months, will offer opportunities to sell green investments as a job creator, Kerry said.

But it’s the international realm, he added, that will be key to preventing "catastrophic" climate change. While that picture is bleak, given China’s continued emissions increases and four years of regulatory rollbacks in the United States, action in cities and the private sector offers hope for the energy transition, Kerry said.

"We are working already to bring the private sector to the table to get the major banks, major asset managers, investment houses to guarantee they’re going to be putting very significant amounts of money into not just [environmental, social and corporate governance] and sustainable development goals, but putting it directly into climate-related emissions reduction," Kerry said.