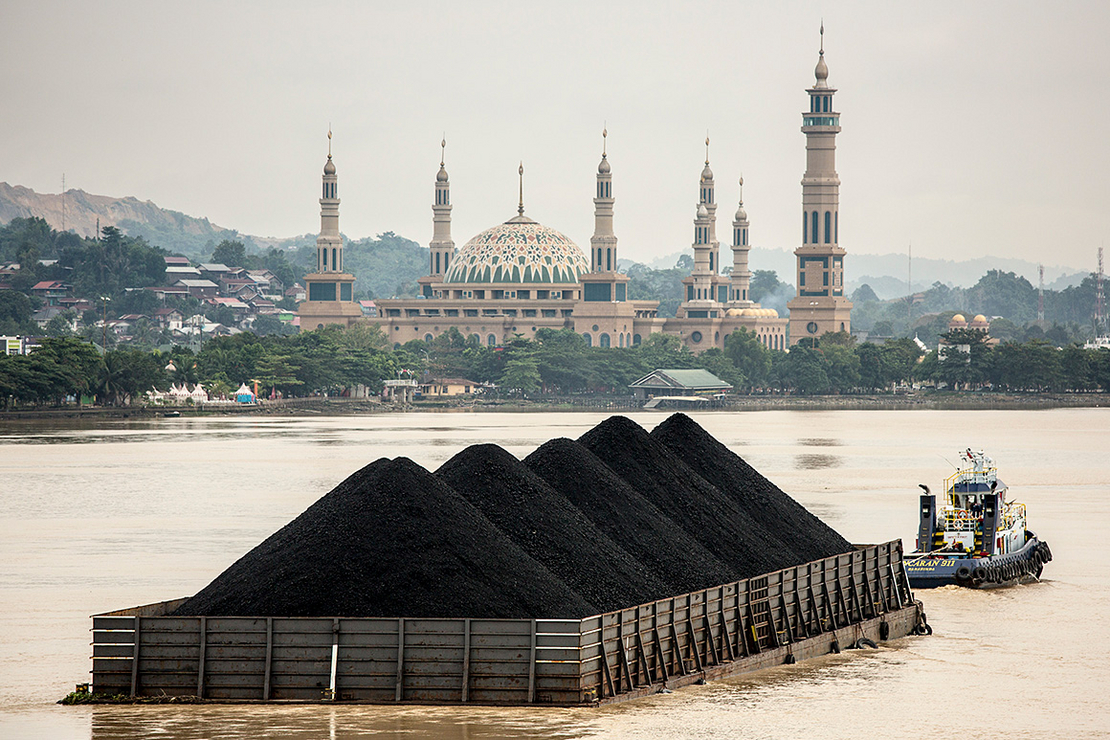 Coal and cash are colliding at climate talks in Glasgow, Scotland, where a collection of private- and public-sector finance plans are being unveiled to help bring an end to the world’s most polluting fossil fuel.

The money is geared toward closing coal-fired power plants, supporting coal-dependent communities as they shift to cleaner energy, and generating investment in renewable alternatives.

“The story has always been about how the economics are changing and that clean energy is more competitive. The big challenge is that most of these coal plants are operating in markets where they don’t feel competitive pressure,” said Tyeler Matsuo, a senior associate at RMI, a nonprofit focused on energy systems.

“It’s these types of financial mechanisms that address these structural and contractual barriers to coal phaseouts to be able to accelerate the coal transition globally,” she added.

One of the initiatives being launched today is the Asian Development Bank’s Energy Transition Mechanism (ETM), a partnership aimed at accelerating the retirement of coal power plants in Southeast Asia through a dual-track fund that would help shutter old coal plants while encouraging clean energy investments.

It will start with pilot projects in the Philippines and Indonesia, both of which depend on coal for more than half of their energy generation. Once at full scale, the goal is to retire 50 percent of the coal fleet in those countries over the next 10 to 15 years.

“We need to demonstrate with the ETM that we can do this, and we can do this in a way that is managed by cost, manages all the just transition elements, and doesn’t disrupt the secure power supply so they can continue to grow their economies,” said David Elzinga, a senior energy specialist at the Manila-based ADB.

Such efforts are not without challenges, however.

A report released by RMI today assessed a number of financial mechanisms. Those include blended finance approaches like the Energy Transition Mechanism and other ideas — like one that would compensate coal plant owners for early closures by monetizing the benefits of emissions cuts.

It found that while such initiatives have potential, they also carry risks.

Among them is making sure they’re not providing excessive profits to coal plant owners. Another has to do with ensuring that public money is used efficiently.

A report by the Sierra Club said that retirement mechanisms must be intentionally designed to focus on equity and impact. “That requires both clear policies for avoiding ineffective or inequitable outcomes, and inclusive and transparent processes for negotiating solutions and defining overall objectives,” it stated.

They matter because energy demand in Asia is set to double by 2030, and coal plants there are far younger than those in more industrialized economies.

According to the International Energy Agency, coal plants in Asia have been online for an average of 13 years, versus 40-plus years for the average coal plant in the United States (Climatewire, Nov. 2).

There are big questions to be answered, said Joe Thwaites, a climate finance expert at the World Resources Institute. “But accelerating coal retirement is a really, really important piece of the puzzle.”

More announcements about reducing fossil fuel financing is on the table at the climate talks known as COP 26.

A progress report released this morning said that $130 trillion in private capital is available to help decarbonize the globe over the next 30 years. About 450 banks and other financial institutions are rapidly increasing their commitments to transition the global economy away from fossil fuels, according to the Glasgow Financial Alliance for Net Zero.

The alliance also announced that Michael Bloomberg, the billionaire climate advocate, will co-chair the group with Mark Carney, a former central banker who founded the Glasgow Financial Alliance for Net Zero in April.

“Ramping up adoption of clean energy and other sustainable infrastructure fast enough to avoid the worst impacts of climate change will require trillions of dollars in new investment — likely in the ballpark of $100 trillion,” the co-chairs wrote in a Bloomberg op-ed. “Most of that will have to come from the private sector, especially after the enormous toll that the pandemic has taken on governmental budgets.”

The United Kingdom, France, Germany, the United States and the European Union announced yesterday that they would pool $8.5 billion over the next three to five years to help South Africa more quickly transition its coal-dependent economy toward clean energy and transportation.

The partnership is expected to prevent up to 1.5 metric gigatons of carbon emissions over the next 20 years, according to a statement from the U.K. government. Details of how the plan will operate will be released in the coming months, it said.

Ursula von der Leyen, president of the European Commission, said it could serve as a “template” for coal phaseouts in other countries.

South Africa is the largest emitter on the fast-growing African continent thanks to its heavy reliance on coal.

In September, it increased its emissions reduction target for 2030 to be in line with longer-term plans to reach net zero by midcentury. That same month, delegates from the countries involved in yesterday’s announcement went to South Africa to begin negotiating the deal (Climatewire, Sept. 30).

According to the IEA, coal will need to be phased out globally by 2040 if the world is to keep global warming to the 1.5-degree limit stated in the Paris climate agreement.

“We can’t make the Paris Agreement’s [goals] and meet our climate goals without an emphasis on phasing out coal. It’s not enough to focus on renewable energy capacity,” said Mafalda Duarte, CEO of the Climate Investment Funds. “And it’s a massive undertaking because we literally have to phase out 100 gigawatts of coal every year … until 2040. That’s like a coal power plant every day.”

The Climate Investment Funds, a $10.5 billion multilateral development instrument, will announce funding for four countries — including as much as $500 million to South Africa — as part of its Accelerating Coal Transition Investment Program on Thursday.

The world’s 20 largest economies said they would stop financing international coal projects by the end of this year, and a growing number of financial institutions have withdrawn their support for coal, as well. They’ve been slower to commit to an end for fossil fuel financing more broadly, however.

More private sector announcements will be on the table today as the climate talks enter their third day. There are also pending issues to be resolved and missing money to make up.

“This COP is handling the largest finance agenda that the intergovernmental process has ever had,” said Lorena González, a senior associate for U.N. climate finance at the World Resources Institute.

And in that way, she said, there are lots of things making this a “finance COP.”