Colleges commit to carbon neutrality. Getting there is hard 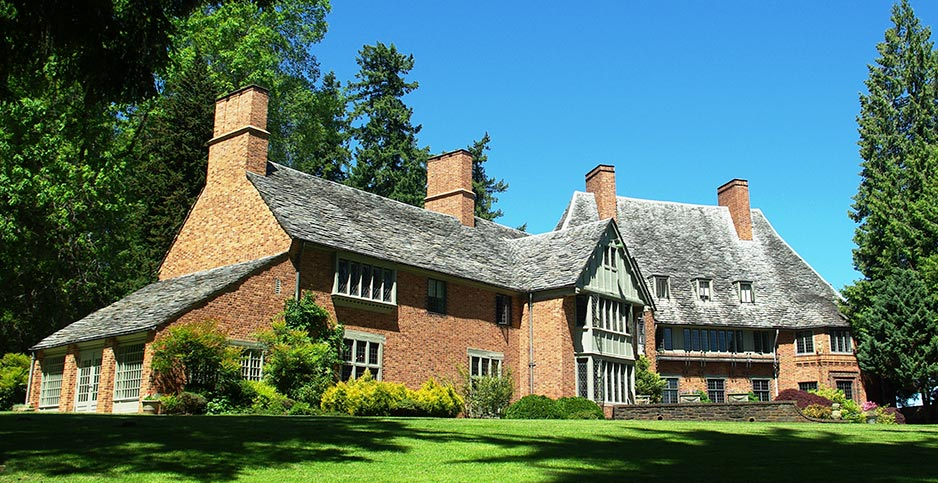 Lewis & Clark College has the nation’s top environmental law program and regularly produces alumni who are climate hawks on the state and federal level. But it’s still struggling to achieve carbon neutrality.

Part of the problem is the private institution’s location on 137 acres in Oregon outside Portland’s city center, said Wim Wiewel, the college’s president. Public transportation is limited, so students and faculty inevitably have to drive to campus. Faculty and leaders often fly to conferences that require air travel.

"This is irony, that I’ll be going to Chile [for a climate change conference] with other people, and as you know, flying causes a lot of carbon dioxide emissions," Wiewel said.

Lewis & Clark highlights both a broader trend of colleges committing to carbon neutrality and the difficulties that can arise in trying to attain that goal.

More than 450 colleges and universities, including Lewis & Clark, have signed onto the Presidents’ Climate Leadership Commitments, a project started in 2007 to spur institutions of higher education to take the lead in climate action.

By signing on, college and university presidents agree to work toward carbon neutrality, build resilience and get students involved in creating climate solutions.

But progress has been slow going. Only seven institutions have announced they’ve reached carbon neutrality over the past decade: American University in Washington, D.C.; Colgate University in New York; Middlebury College in Vermont;, the University of San Francisco; and Bowdoin College, Bates College and Colby College in Maine.

A 2017-18 impact report from the leadership commitments’ main supporting organization Second Nature shows 33 signatories are working to go carbon neutral by 2020. An additional 372 are scheduled to reach carbon neutrality by 2050.

"It’s hard," said Tim Carter, president of Second Nature. "We don’t want to pretend like the schools that are committed to doing this are all going to be able to do it."

Other than transportation challenges, another difficulty is that carbon neutrality is a long-term goal that requires dedication through changes in leadership. Carter said he ensures that schools that fail to progress on the commitments’ goals are removed from the program.

"We actually want schools to reflect that commitment in the way they operate and act, not just because they signed a piece of paper 10 years ago," he said.

The difficulties are reflected in the fact that all of the institutions that say they are carbon neutral have achieved this goal by buying carbon offsets. While carbon offsets can support projects that reduce greenhouse emissions, that industry has received criticism over being used as the easy way out (Climatewire, Sept. 10).

Lewis & Clark’s current climate action plan, released in 2009, states it wants to cut its own emissions as much as possible before resorting to offsets. The school has a program where students can voluntarily opt-in to the purchase of sustainable energy at $20 per student. The program had about 95% participation in 2008, allowing the college to purchase an additional 22% of its electricity from wind sources.

When it comes to reducing emissions, the college employs a mix of solar panels and LEED-certified buildings. It subsidizes a shuttle bus system that helps reduce single-occupancy vehicles on campus. Still, the college says its greenhouse gas emissions remain at 18,000 metric ton equivalents of carbon dioxide without the consideration of hydropower as a renewable energy source. The college is scheduled to release a new climate action plan this year.

Virginia Wesleyan University is another signatory of the climate leadership commitments, and its goal is to become carbon neutral by 2050. University President Scott Miller said he feels the challenge to reaching carbon neutrality and other climate goals is that some institutions don’t want to seem political.

"Some state institutions and other institutions, in a time with a questioning presidential administration, are reluctant to come out in a position that is contrary to D.C.," Miller said.

While the universities that have achieved carbon neutrality are mostly small, private schools, larger institutions have set similar goals to reduce emissions.

Both institutions are part of the University Climate Change Coalition that Second Nature launched in 2018. The coalition is comprised of research universities across North America that work to reduce their own emissions while working with local leaders and industries to lower emissions in the community.

Despite the difficulties, universities are optimistic. Wiewel of Lewis & Clark said there is another tool to combat climate change: the students themselves.

"We have a unique leveraging role because we do train people who go to work in business, industry, not-for-profits and government where they will continue to be able to make the changes that are necessary," he said.

Big names that have passed through Lewis & Clark include the former Portland Mayor Charlie Hales and current Oregon Gov. Kate Brown (D). During his tenure, Hales and the city government passed a resolution opposing new fossil fuel storage and transportation. Brown has pursued an aggressive climate agenda, including pushing for an economywide carbon cap-and-trade program.

"When we say we’re serious about educating people to go out and make these kind of changes, those are just a few examples," said Roy Kaufmann, Lewis & Clark’s public relations director.

Students are expected to learn about the environment no matter their major at VWU’s Batten Honors College. Miller said by educating students on all environmental issues, they can be good stewards of those resources for the current generation and for generations to come.

"We want them to know why we’re acting the way we are and why we want to make a difference," he said.