Court sides with WOTUS foes as legal fight gets messier 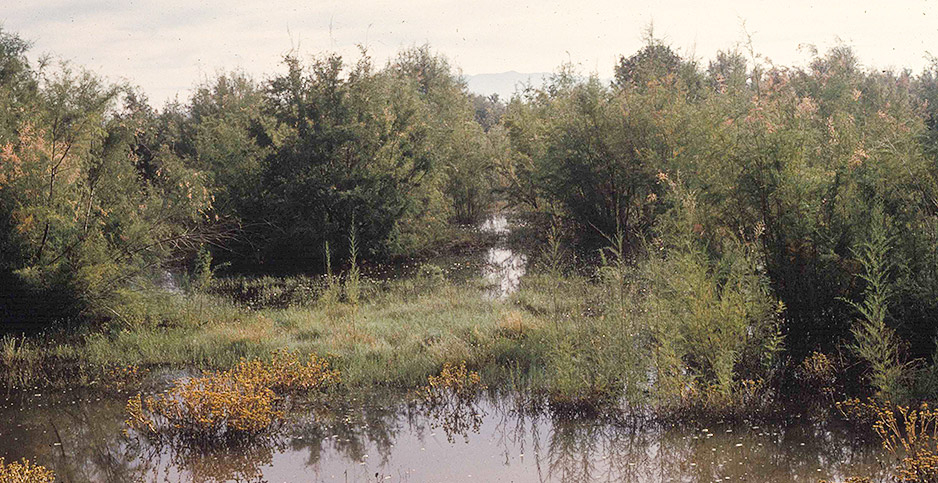 The Obama administration violated the law when it issued its embattled definition of "waters of the United States," a federal court ruled yesterday.

In a long-awaited decision, the U.S. District Court for the Southern District of Texas sided with three states and a coalition of agriculture and industry groups that have been trying to take down the joint EPA and Army Corps of Engineers rule since 2015.

The Trump administration is working on plans to rescind and replace the Obama-era Clean Water Rule, but the regulation — which defines which wetlands and waterways are covered by the Clean Water Act — is still in effect in almost two dozen states, and it’s still being debated in a tangle of lawsuits.

Judge George Hanks Jr. ruled that Obama officials violated the Administrative Procedure Act by issuing a final regulation that was too different from the proposed version — depriving the public of a meaningful opportunity to comment.

The final rule, known as WOTUS for short, included physical limits on how far wetlands could be from waterways and still be regulated, a "substantial change" from the proposed version of the rule, Hanks found. Further, he wrote, EPA and the Army Corps issued a final version of a key scientific report after the public comment period for the Clean Water Rule had closed.

At issue is the definition of "adjacent" wetlands. The proposed rule would have included all wetlands adjacent to jurisdictional waterways, including those in a riparian area or floodplain or with surface or shallow subsurface connections to waterways.

The final rule, however, put limits on how far away wetlands could be from waterways and still be considered "adjacent." It would regulate waters within 100 feet of waterways and those within the 100-year floodplain of a waterway or waters 1,500 feet from the Great Lakes.

Hanks, an Obama appointee, noted that the final rule "was the first time that the agencies gave notice that they intended to define adjacency by precise physical distance-based criteria — rather than the ecologic and hydrologic criteria in the proposed rule."

"The change is significant — it alters the jurisdictional scope of the act," he wrote.

While the proposed rule did ask for comments on whether it should set some kind of geographic limitation on "adjacent" waters, Hanks found it was too vague for the public to comment on.

"The [Administrative Procedure Act] does not envision requiring interested parties to parse through such vague references like tea leaves to discern an agency’s regulatory intent regarding such significant changes to a final rule," yesterday’s decision said, noting that the change between the proposed and final versions "could not have been reasonably anticipated."

The public also was not able to comment on the final version of a 300-page "Connectivity Report," which reviewed how wetlands and small streams can affect water quality of larger downstream waters, Hanks wrote, calling the report "the most critical factual material used to support the final rule."

Hanks remanded the WOTUS rule to EPA and the Army Corps in light of the administrative inadequacies. The agencies are already working on a plan to officially scrap the Obama regulation as soon as August and finalize a replacement at the end of the year.

"This ruling affirms the appropriate action already underway at the EPA to correct a deeply problematic regulation that impermissibly expanded federal jurisdiction to virtually any standing body of water — from roadside drainage ditches to groundwater to local recycling facilities," the National Mining Association said in a statement.

Texas Attorney General Ken Paxton (R) called the decision "a major victory for the people of Texas’ ability to regulate their own natural resources, including ponds, puddles and streams on private property."

The Texas judge left in place a preliminary injunction issued last year that blocks the Obama rule from going into effect in Texas, Louisiana and Mississippi.

The ruling does not affect several other pending lawsuits challenging WOTUS. Experts note that district courts handling those cases may find the Texas court’s reasoning persuasive, but they will not be bound by it.

Pacific Legal Foundation attorney Tony Francois, who is fighting the rule in separate litigation, said the Texas ruling "is welcome progress" but does not delve into many unresolved Clean Water Act questions.

Is WOTUS still on hold in New Mexico?

Other WOTUS litigation has become even more complicated than before.

In a separate multistate lawsuit in federal district court in North Dakota, recent state withdrawals have resulted in changes to where the Obama rule is effective.

In March, Colorado and New Mexico, both under new Democratic leadership, asked to bow out of the case. The court granted their requests this month and stipulated that an earlier preliminary injunction of the Obama rule is no longer in effect in Colorado.

New Mexico is more complicated. After the two state agencies involved in the lawsuit moved to withdraw, a coalition of New Mexico and Arizona counties asked to join the case.

In its request, the Coalition of Arizona/New Mexico Counties for Stable Economic Growth — which includes 10 counties in New Mexico — argued that the court should continue to enjoin the Obama rule across the state.

When the court granted the New Mexico agencies’ request to withdraw, it specified that the "preliminary injunction remains in effect as to Intervenor-Plaintiff Coalition of Arizona/New Mexico Counties for Stable Economic Growth."

There remains confusion about whether the injunction applies only to the 10 New Mexico counties in the coalition or throughout the state.

Francois, the PLF lawyer who represents the coalition, argued that because the coalition also includes individual members scattered across New Mexico and because the group asked the court to preserve the injunction in its request to intervene, the WOTUS freeze still applies statewide.

"Our reading of the Court’s Order is that it preserves the preliminary injunction in the entire state of New Mexico," New Mexico Environment Department spokeswoman Maddy Hayden said in an email.

"When that party moved to intervene … they expressed their interest in the injunction remaining in effect in the entire state, not just the ten member counties of their organization," she added. "Based on that, and the fact that no party opposed either of those requests, our reading of the Order is that the preliminary injunction against the 2015 WOTUS Rule going into effect in New Mexico remains in effect."

But federal government lawyers want the court to clarify what it meant and question whether the injunction should be in effect anywhere in New Mexico.

In a Friday filing, Justice Department attorneys said the extension of the injunction was "premature" because the county coalition never made a formal request for one and cannot be covered by one now.

"Nor have the counties advised the Court of the authority they have to seek injunctive relief where the State regulatory entities have withdrawn from the case," Justice Department lawyers told the district court. "The Agencies thus seek clarification of the applicability of the Court’s 2015 preliminary injunction with respect to the ten counties in New Mexico that are part of the Coalition of AZ/NM Counties."

The county coalition has until June 7 to respond.

In yet another recent development in the legal fight over the Obama water rule, two Eastern states are preparing to take their fight to an appeals court.

The U.S. District Court for the Southern District of Ohio in March refused a request from Ohio and Tennessee to block the Clean Water Rule in those states (Greenwire, March 26).

The states filed notice last night that they are challenging that ruling at the 6th U.S. Circuit Court of Appeals.

The nonstop legal twists come as the Trump administration works quickly on rescinding and replacing the Obama-era regulation. Finalization of those efforts would likely sideline all the existing WOTUS litigation.