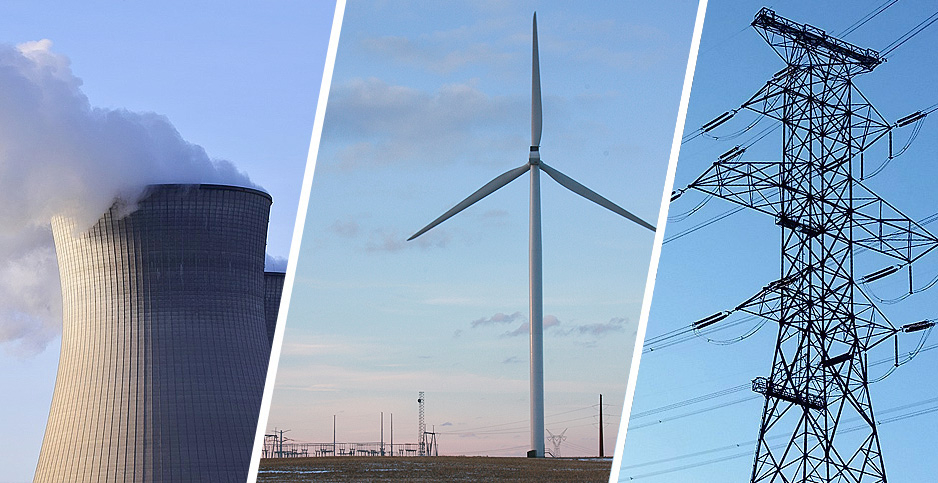 States such as Illinois, New Jersey and Maryland inch nearer each day to being locked into new federal rules that threaten to drive up costs and make it harder for them to achieve climate goals.

PJM’s capacity market is meant to ensure there’s enough generation available to meet demand during the peak hour of the year. The market is run through an auction, typically held three years in advance.

But there’s been no auction for the last two years after Federal Energy Regulatory Commission declared in June 2018 that state subsidies for nuclear plants and renewable energy were distorting the PJM market. FERC followed up last December with an expanded minimum offer price rule (MOPR) that established a floor for state-subsidized generation (Energywire, Dec. 20, 2019).

The rule has spurred multiple lawsuits and uncertainty about the future of a market that, ironically, was meant to provide certainty.

Among the key questions states and generators are grappling with are ones involving the timing and impact of FERC’s expanded price rule. Also up in the air is when FERC will approve auction rules proposed by PJM, something that could happen as soon as next month.

Illinois has been out in front among states that have begun to evaluate plans to opt out of PJM’s capacity market. Under such plans, utilities would remain part of the larger energy market, but they could elect to supply their own capacity needs (Energywire, March 1, 2019).

But doing so takes time, and in Illinois’ case, it requires legislation. Gov. J.B. Pritzker (D) made clean energy a policy priority for this year’s legislative session. But like elsewhere, COVID-19 shifted the state’s focus, and the Legislature recessed yesterday without passing a bill.

"There’s a lot of stresses right now," said Andrew Barbeau, a Chicago-based energy consultant working with an Illinois coalition pushing for withdrawal from the PJM market as part of broader clean energy reforms. "A lot of people are very disappointed that this had built up so much momentum to get done this spring. But like so many things during the pandemic, there didn’t seem to be an opportunity for a comprehensive energy bill."

Barbeau and others in Illinois said the urgency is growing to avoid being locked into the PJM market through mid-decade and be saddled with millions of dollars in additional costs for fossil generation the state doesn’t need or want.

For instance, consumers in Commonwealth Edison Co.’s service area in and around Chicago paid about $1.75 billion for capacity under the most recent auction in 2018. Those payments would likely grow to more than $2 billion a year under MOPR, he said.

And depending on when PJM restarts capacity auctions and when the Legislature reconvenes and passes legislation, it’s possible the state will be committed to PJM’s capacity market through at least mid-2025.

In a March filing with FERC, PJM proposed a deadline of today for states to pass legislation that would enable them to opt out of the capacity market.

Critics of FERC’s MOPR say doing so would enable states to pursue clean energy goals by subsidizing renewable energy development or existing nuclear plants without driving up costs for consumers.

Tom Rutigliano, a senior advocate for the Sustainable FERC Project, said the deadline is moot because FERC hasn’t acted on the proposal. "It’s an idea that would never come to be," he said.

Peter Peretzman, a spokesman for the New Jersey Board of Public Utilities, called the June 1 deadline "arbitrary and completely unworkable."

"The board has formally filed its objection to the auction timeline that PJM put forward," he said in an email.

New Jersey, a state with ambitious clean energy targets, has opened a formal investigation to evaluate alternatives to the PJM capacity market after it became clear the expanded rule could stop certain renewable projects from clearing the auction. For example, MOPR would likely block offshore wind developers from participation, albeit not for some time.

Gov. Phil Murphy (D) has pledged 7,500 megawatts of installed offshore wind by 2035, up from an earlier pledge of 3,500 MW. That installation would have displaced 1,800 MW of fossil generation in the capacity market (Energywire, May 13).

Peretzman said the board has sought comments on the issue and may hold technical conferences or hearings.

"The board anticipates receiving staff’s recommendations regarding capacity market alternatives by the end of the year," he said.

But he’s adamant that New Jersey isn’t locked into participating in the next capacity auction and cast doubt on whether there would be an auction this year as some generators have sought.

"PJM’s filing says that a December 2020 auction required FERC action by mid-May. And no action was taken to approve the PJM compliance filing in mid-May," he said.

Jason Stanek, who chairs the Maryland Public Service Commission, has said that if his state decides to exit the capacity market, he would insist that the move be done through the Legislature (Energywire, May 15).

As concerns over the pandemic intensified in March, the Maryland General Assembly adjourned almost three weeks early, the first time it’s done so since the Civil War. Therefore, the earliest change to state law would come in the next legislative session in 2021, Stanek said.

Stanek declined to comment on the proposed deadline of today, but commission spokeswoman Tori Leonard said the General Assembly is unlikely to reconvene a special session. This means the state will likely be locked into the next capacity market auction.

Leonard said it’s unclear how MOPR will affect Maryland, given the "great deal of uncertainty as to what the actual rules will be."

Not everyone is convinced that states will benefit by opting out of the PJM capacity market.

Joseph Bowring, who heads Monitoring Analytics, PJM’s independent market monitor, has said doing so could lead to even higher prices. Bowring, who has voiced support for FERC’s controversial rule, found that if New Jersey exits the capacity market, customers could see as much as a $386.4 million rate hike, which is about a 30% increase.

The reports, however, have received pushback for what critics see as false underlying assumptions, including not assigning value for avoiding emissions and protecting public health.

"The PJM Market Monitor’s reports are based on misleading and flawed analyses that wrongly conclude that Fixed Resource Requirement would result in higher prices and ignore both the cost and public health benefits of expanding clean energy to meet state climate goals," Elizabeth Keating, a spokeswoman for Exelon Corp., said in a recent email.

States weighing whether to opt out of the PJM capacity market are looking beyond just the next auction covering the 2022-23 planning year.

PJM’s proposal is to hold the next auction and 6 ½ months after FERC rules on the grid operator’s compliance filings and then conduct subsequent auctions every six months until the auction calendar is back on schedule.

If it is approved by FERC, PJM would hold three auctions within two years.

Rutigliano said states like Maryland and New Jersey may opt to delay a market exit for the next few auction cycles, as the impacts of MOPR aren’t going "to hurt for the first couple years," he said.

But in Illinois, the Citizens Utility Board, environmental groups and Chicago-based Exelon are hellbent on exiting the PJM capacity market.

Barbeau, the consultant, has weighed multiple scenarios for action by FERC and the Illinois Legislature.

The best-case scenario, he said, involves the General Assembly passing a bill during a special session this summer and the state being subject to just one more PJM capacity auction. So far, though, the governor hasn’t indicated a summer session will happen.

But it’s still uncertain the Legislature, whenever it convenes next, will pass a bill authorizing the state to pull out of the PJM capacity market.

And it’s also unclear if FERC will approve auction rules proposed by PJM, which would ease MOPR’s impact on clean energy development.

Said Barbeau: "It doesn’t seem to be what FERC had actually intended — to have the MOPR mitigated to the point of irrelevancy."