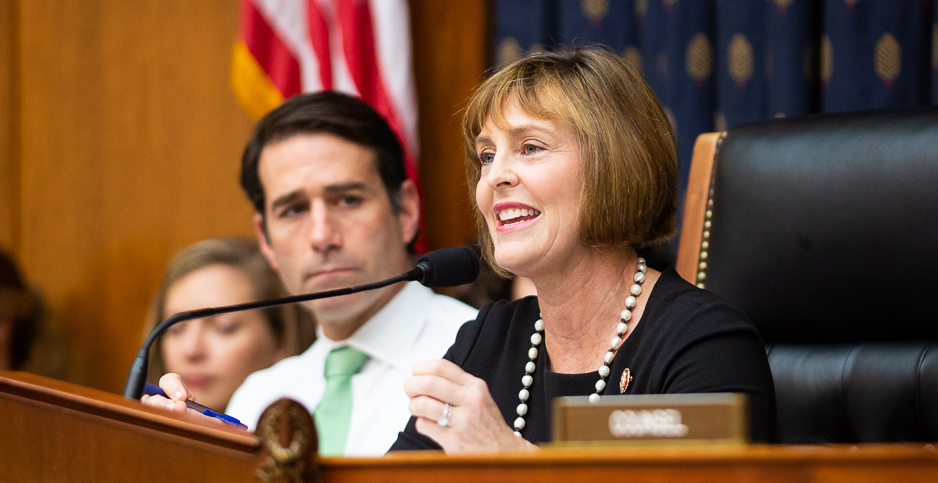 Two Democrats are asking House Speaker Nancy Pelosi (D-Calif.) to revive the Select Committee on the Climate Crisis next year, amid uncertainty about the panel’s future.

Reps. Don Beyer (D-Va.) and Alan Lowenthal (D-Calif.) said in a letter to House leadership last week that the committee is "well positioned to analyze the holistic work needed and provide resource support to the Congressional response" to climate change.

"The temporary nature of a select committee is contingent on completion of its designated duties, and it is becoming increasingly clear that this fight will not be over soon," wrote Beyer and Lowenthal, who co-chair the Safe Climate Caucus but do not sit on the select panel.

Pelosi set up the select committee at the beginning of the 116th Congress and tasked it with drawing up a wide-ranging report on climate policy.

The committee published the 500-plus-page majority staff report earlier this year, effectively wrapping up its work, but lawmakers said Pelosi could bring the panel back next year with a broader role (E&E Daily, July 1).

"I don’t want to put the cart before the horse," Chairwoman Kathy Castor (D-Fla.) said during an event last week with the U.S. Green Building Council when asked whether her committee would be reestablished.

"It hasn’t been re-upped by the speaker officially, but the good news is that we’re pretty united in the Democratic side in the Democratic caucus for ambitious action on clean energy and environmental justice and jobs," Castor said.

Another member of the select committee — Rep. Jared Huffman (D-Calif.) — said yesterday that he expects the panel to come back next year, potentially to coordinate climate policy and play "air traffic control" across jurisdictions.

"My understanding is that it is going to be reinstated," Huffman said in an interview.

While conversations about the committee’s role are ongoing, Huffman said it could return to "have hearings that can really spotlight critical climate issues with a depth and a focus that more broadly constituted committees can’t provide."

"There’s been talk about a measurement tool where we would take the recommendations in our Climate Action Plan and kind of track legislation as moving through the House and see which of our recommendations are being moved forward," Huffman said.

The select committee was the subject of considerable controversy after the 2018 midterms. Pelosi had created a similar panel — the Select Committee on Energy Independence and Global Warming — during her first term as speaker, and she pledged to revive it when Democrats retook the House.

Progressives, however, demanded that the panel be tasked with developing the Green New Deal, while standing committee chairs, particularly Energy and Commerce Chairman Frank Pallone (D-N.J.), were incensed by the idea of a new committee that could siphon off their jurisdictional power.

The select committee was ultimately given no legislative or subpoena power. Its mandate was simply to study climate policy and deliver reports to the House by the end of 2020.

With that task complete, environmental groups and Democratic allies have largely stayed silent on whether the panel should come back for the 117th Congress, but Beyer and Lowenthal argued that it is "imperative that we have an organizing tool" to coordinate climate policy across jurisdictions.

Huffman said it helps that there was ultimately little friction between the select panel and standing committees with jurisdiction on climate issues, such as Energy and Commerce and Natural Resources.

"I think there was actually pretty good coordination between the select committee and the standing committees," Huffman said.

"Having achieved that," he added, "there’s probably less opposition or resistance from the standing committee chairs going into the next Congress than there might have otherwise been."

Beyer and Lowenthal, meanwhile, argued that it is "imperative that we have an organizing tool" to coordinate climate policy across Capitol Hill.

"The continued existence of the Select Committee on the Climate Crisis will be to continue to develop and cultivate the policy recommendations that address and avert a lethal threat to our ecosystem and existence," they wrote.

Castor similarly said that building public support will be critical to Democrats’ climate ambitions, assuming they’re able to scrape away with a Senate majority after next month’s runoff elections in Georgia.

"We have a lot of bipartisan support on certain elements, but we’ve got to build a broader support," Castor said. "And there’s nothing like a public sentiment to help push a lot of our GOP colleagues."