Democrats put scrapping Trump rules on the back burner 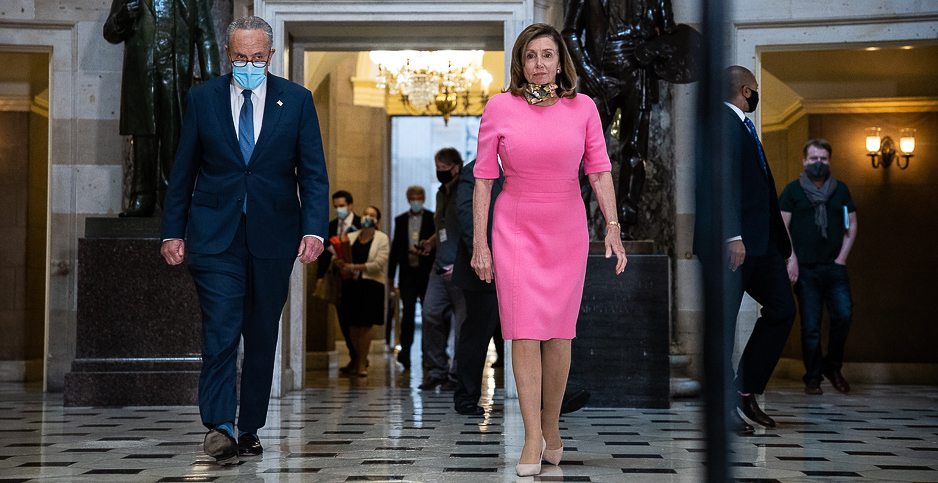 Talk about the Congressional Review Act flared in early January, after Democrats won the Georgia Senate races and secured the chamber majority.

The once rarely cited 1996 law was thrust into the national spotlight as Democrats and regulatory policy wonks speculated about which Trump regulations might be quickly repealed.

Now, talk about using the law has subsided.

Democrats have in recent weeks been distracted by other priorities, including coronavirus relief legislation and the impeachment trial of former President Trump.

Sources on and off Capitol Hill say using CRA to revoke rules on environment and public health impacts has not disappeared entirely. Rather, it’s still early.

The act allows lawmakers and the White House to reverse regulations finalized in roughly the last six months with a simple majority vote in Congress.

As a practical matter, it’s only useful when there is a change in administrations and one party controls both chambers of Congress and the White House.

"We hope and expect Congress will use whatever tools in the toolbox to get rid of these Trump rollbacks of environmental protections and take transformative climate action needed to protect us from the worst impacts," said Matthew Davis, a lobbyist with the League of Conservation Voters.

The window for lawmakers to introduce CRA resolutions opened on Feb. 5, and it closes in 60 legislative days, which is longer than 60 calendar days. So there’s still plenty of time.

But in general, Democrats tend to be wary of the law, which inherently favors Republicans, who tend to be more hostile to federal regulations.

In early 2017, with Trump in the White House and the GOP in control of both chambers of Congress, Republicans overturned a striking 16 Obama regulations ranging from mining water pollution rules and wildlife takings to safeguards for teachers.

"It got a lot of attention in 2017," Todd Gaziano, a director at the conservative Pacific Legal Foundation, said at a recent web event hosted by the Federalist Society. "A lot of news reports said it was an obscure law. I’m not sure if that denigrates it. But it is obscure no more."

That’s a clear contrast to 2009, when Democrats last held Congress and the White House, and declined to invoke the law at all. The only other time it has been used was in 2001, when Republicans deployed it to undo a worker safety rule.

Today, the value of Senate floor time, including for Biden administration nominations, is huge, said Stuart Shapiro, an associate dean of faculty at Rutgers University.

"So I’m not hearing much," he wrote in an email.

Indeed, the Obama administration focused its early attention on filling Cabinet positions and other political appointees, according to a paper by Bridget Dooling, a George Washington University research professor who served on President Biden’s White House regulatory and budget transition team.

Another consideration for Democrats is a provision in the law that bars agencies from promulgating laws in the future that are "substantially the same."

Some experts are more worried than others about the lasting implications of that provision. Those who tend to be more cautious fear that repealing the Trump EPA methane rule, for instance, could bar the agency from imposing stronger methane rules in the future.

Others dismiss that concern, reasoning that the standard would just go back to what was in place during the Obama era.

In addition, there is more than one way for the Biden administration to undo what are known as "midnight regulations," or rules that were finalized at the end of the last term. One is to let rules die in court by refusing to defend them against legal challenges.

The ruling may have led folks on the Hill to rethink the CRA strategy, said James Goodwin, an analyst at the Center for Progressive Reform.

"Recall that the ‘censored science’ rule was one of the top CRA targets, and the court did the hard work for Congress," he said.

A former White House official who spoke on the condition of anonymity said he hasn’t "gotten the sense of whether the Biden administration has come up with a developed CRA strategy and whether or not they are intending to use it."

"I have heard not much about it at all, and I assume that’s because they have been able to take care of a lot of Trump issues through rescinding executive orders, addressing rules under the ‘Stop order’, and seeking abeyances and altering litigation positions in court," the former official wrote.

Similarly, Brett Hartl, the Center for Biological Diversity’s government affairs director, said he doubts there are many high-priority CRA items that could not be dealt with through other means.

"Obviously, they have until April or May," he said. "But I think they are hoping the ones they are already targeting will already have been dealt with by then. I don’t think they were planning to do that many at all."