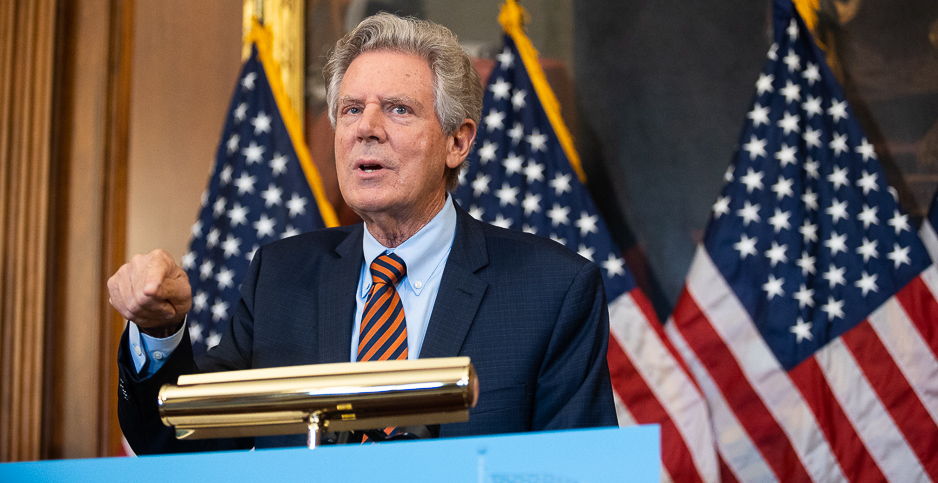 The Democrats, led by House Energy and Commerce Chairman Frank Pallone (D-N.J.), joined a growing chorus of critics who have argued the move conflicts with EPA’s mission of cleaning up pollution and hazardous waste in places that have been disproportionately affected for decades.

"We are concerned that EPA’s decision to suspend these events may undermine its mission by discounting the underlying factors, including systemic racism, that contribute to unequal environmental and health conditions," wrote Pallone.

He was joined by Reps. Diana DeGette (D-Colo.), chairwoman of the Oversight and Investigations Subcommittee, and Paul Tonko (D-N.Y.), chairman of Environment and Climate Change Subcommittee.

The lawmakers noted that in 2018, EPA completed a study that found that Black Americans — regardless of income level — are exposed to 1.5 times more dirty air from soot pollution than the general population. And pollution is linked to premature death and disease.

"Where a person lives has a profound impact on the environmental conditions — good or bad — that they encounter. An understanding of the structural, and sometimes racial, influences on housing decisions is crucial to EPA’s environmental justice mission of ensuring equal protection from health hazards," wrote Pallone, DeGette and Tonko.

"EPA itself recognized the importance of these issues when it previously advertised the speaker series, explaining that ‘addressing structural racism is indeed highly relevant to EPA’s mission and key to advancing the integration of [environmental justice],’" the lawmakers said.

EPA spokesman James Hewitt responded in a statement that the "administration is committed to helping environmental justice communities that have long been ignored by previous administrations."

"Chairman Pallone is conflating two separate issues for political purposes as the WH directive aims to ensure we are appropriately using taxpayer money," he wrote.

Since the memo was released, OMB Director Russ Vought made several appearances on conservative talk radio to hype the effort. He also set up an email address so federal employees could alert his office of any such training sessions.

Earlier this week, President Trump doubled down on the White House edict by signing an executive order expanding the scope of the order to include federal contractors and grantees.

Critics said that could have huge impacts on universities — which often have diversity training for staff — as well as economic opportunities in many regions where federal contracting jobs are prevalent (Greenwire, Sept. 23).