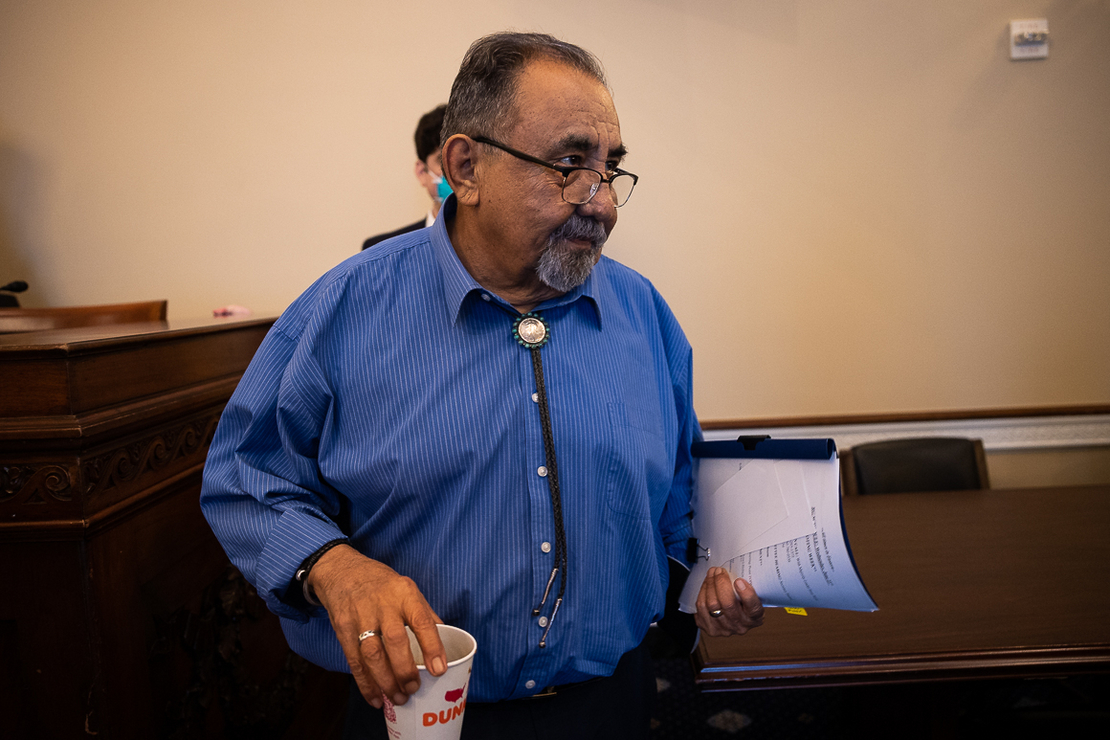 As Democrats prepare their reconciliation package in the House, the Natural Resources Committee is proposing to halt drilling in the Arctic National Wildlife Refuge, overhaul the federal oil and gas leasing program, and strengthen environmental review, according to a Democratic memo obtained by E&E News.

The internal document, outlining the panel’s plans for its portion of the $3.5 trillion reconciliation package released ahead of a planned Sept. 2 markup, reveals the scale of progressive climate ambitions of House Democrats.

It also shows the resolve of Chair Raúl Grijalva (D-Ariz.) to enact as much of his committee’s own legislative agenda as possible into the reconciliation bill. Many of the line items and revenue raisers listed in the memo mirror pieces of legislation he has shepherded through hearings and markups over the past year.

Many of the details remain unknown, and a committee spokesperson declined today to comment on the document, which laments the relatively modest, $25.6 billion allocation the panel received while expressing hope for getting a larger top-line number later on.

“We will continue to advocate for additional funding through this process,” the memo reads. “It continues to be our understanding that the Senate plans to spend far more money in our space than what we have been allocated.”

But many of the priorities listed in the four-page document should not come as a surprise. Conversations have ramped up recently on repealing the language from the 2017 GOP tax bill — which was also accomplished through reconciliation — that set in motion the sale of two ANWR leases by 2024 (E&E Daily, Aug. 25).

The Democratic memo estimates it will need to spend $40 million on the ANWR drilling repeal, along with $50 million to ban drilling in the Atlantic and Pacific oceans and the eastern Gulf of Mexico.

The plan’s proposal to raise $6 billion through various funding streams includes imposing a “carbon pollution fee,” royalties on onshore and offshore operations — including all extracted methane, and various other fees for the oil and gas industry.

The memo also specifically mentions instituting new bonding requirements for oil and gas leases and the elimination of noncompetitive leasing. Those two priorities, among others, have been the subject of bills that have been marked up by the committee over the last several months (E&E Daily, May 6).

Another proposal echoing Natural Resources’ agenda is a $350 million investment to shield Oak Flat, a holy site of the Apache people in Arizona, from copper miners. Oak Flat has become a centerpiece in partisan disagreements over how to balance environmental protection with the desire to achieve domestic energy dominance (Greenwire, May 21).

And the plan also highlights environmental review under the National Environmental Policy Act, or NEPA, a tool that could be instrumental to fighting environmental injustice — a centerpiece of Grijalva’s agenda on Natural Resources (E&E Daily, Feb. 25).

The memo calls for directing $150 million to “NEPA consultations,” an amount environmentalists say would seriously improve the currently fraught process at federal agencies.

Brett Hartl, government affairs director with the Center for Biological Diversity, noted that the Government Accountability Office and others "have always said the best way to deal with the perceived NEPA delays is to stop starving the agencies of funding.” He added, “Having staff to do NEPA work is the best way to get these projects going and not just putting them on fast track because they still don’t have any staff.”

Much of the committee’s plan focuses on the Interior Department, but it also would allocate $12 billion to NOAA. Those include programs on “shovel ready” restoration, sea-level rise, fisheries electronic monitoring and reporting, and Pacific coastal salmon recovery.

House Natural Resources Committee Democrats are also prepared to fund elements of the Civilian Climate Corps, a massive green jobs training and placement program that will be supported by a number of congressional committees with reconciliation instructions.

It’s also placing $100 million in the Outdoor Recreation Legacy Partnership program, a competitive grant program administered through the Land and Water Conservation Fund specifically for urban parks, and $100 million in the Every Kid Outdoors program, which supports free access to national parks for all fourth graders and their families.