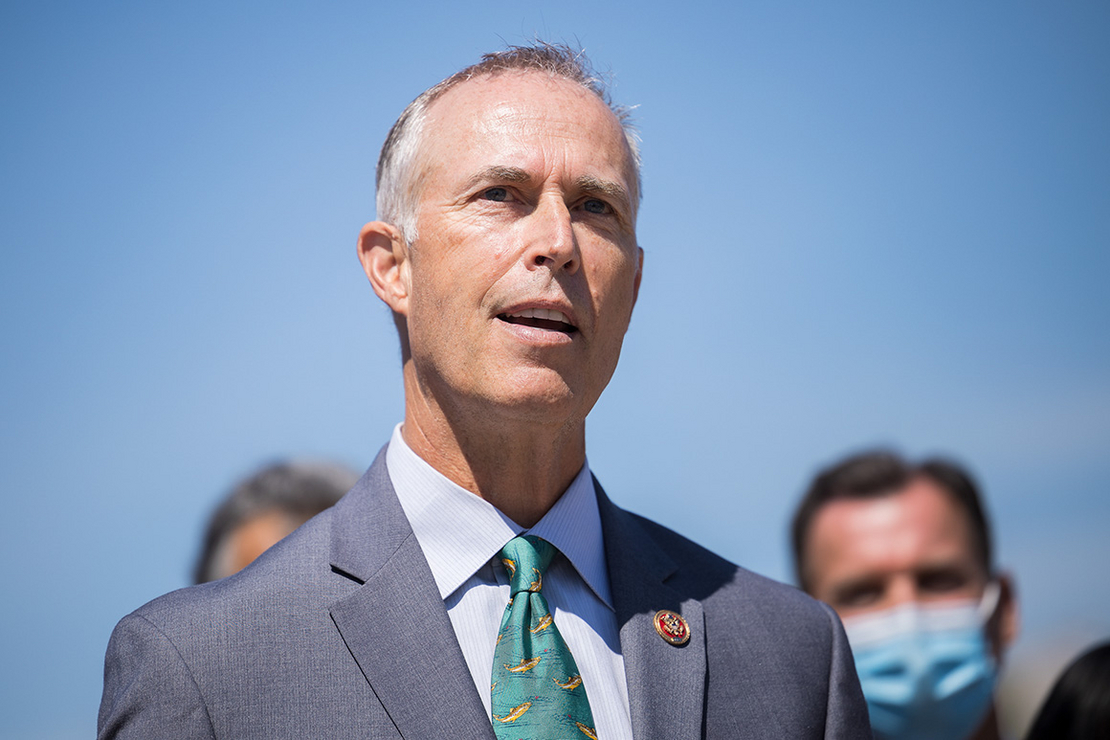 Congressional Democrats and their environmentalist allies are increasingly confident they’ll be able to stop drilling in the Arctic National Wildlife Refuge in the reconciliation process.

According to several sources who spoke to E&E News this week, conversations were taking place at the highest levels of House and Senate leadership as lawmakers prepare to mark up portions of the $3.5 trillion infrastructure spending bill as early as next week (see related story).

On the House side, the effort is being championed by Rep. Jared Huffman (D-Calif.), the chair of the House Natural Resources Subcommittee on Water, Oceans and Wildlife, who has sponsored legislation to stop ANWR lease sales slated for 2024.

“I’d rather not be very specific,” Huffman said of conversations he’s had with leaders regarding the negotiations, “but let’s just say I think it’s in play and I’m hopeful.”

Collin O’Mara, president and CEO of the National Wildlife Federation, said there is “strong support from leadership and from key allies on the Hill, so we’re optimistic it will be included.”

This push comes as environmental groups and congressional Democrats are also pursuing a host of other reforms to the government’s oil and gas drilling program, including increasing century-old royalty rates for onshore federal leases and strengthening bonding requirements — the amount that oil companies must secure in order to drill for federal minerals (E&E Daily, Aug. 24).

The League of Conservation Voters, alongside NWF, was among the 33 groups that signed a letter to House and Senate leaders Monday night calling for reconciliation to address these policies. However, LCV President Gene Karpinski conceded that environmental advocates might have a better chance in securing a repeal of the 2017 ANWR leasing language.

“They can make a lot of changes with executive authority and they don’t need Congress,” Karpinski told E&E News — by, for instance, raising royalty rates. “But you can’t fix the Arctic drilling without Congress,” he said.

In 2017, the Republican-controlled Congress put language in the Tax Cuts and Jobs Act — which was passed and signed into law through the reconciliation process — to lift the ban on oil and gas drilling in ANWR’s coastal plain.

Specifically, the provision authorized the Interior Department to conduct at least two lease sales of 400,000 acres each by the end of 2024. Republicans argued that the revenue would help offset the bill’s massive tax cuts.

The Congressional Budget Office estimated at the time that opening ANWR to drilling would bring in roughly $1.1 billion over the next decade to the federal government after it split the revenue with Alaska. The nonpartisan agency based its estimates on an assumption that a total of $2.2 billion would come in between 2018 and 2027 from oil and gas drilling.

Critics, however, have countered that the CBO’s study was flawed, and that in fact, the revenue collected from drilling in the area would be significantly lower than the initial projections. They also continue to argue that the practice is unethical, in any case, to put a price on an activity that will destroy the environment.

Karpinski said environmental groups and their allies on Capitol Hill are now looking to use the current reconciliation vehicle to “put money to buy back the handful of leases that were leased at ridiculous, rip-off prices, and then stops any future permitting.”

With the reconciliation process poised to begin in the House before moving over to the Senate, advocates are expecting that Huffman and the chair of the full Natural Resources Committee, Rep. Raúl Grijalva (D-Ariz.), will prioritize the ANWR issue in the portion of the spending package under their jurisdiction.

The panel’s Senate counterpart, the Energy and Natural Resources Committee, could be a harder sell. Across the Capitol, Chair Joe Manchin (D-W.Va.) could feel obliged to keep the provision out of his piece of the reconciliation package as a favor to his close friend, Sen. Lisa Murkowski, the Alaska Republican who four years ago authored the language allowing ANWR leasing to commence.

Spokespeople for neither Manchin nor Murkowski responded to requests for comment yesterday, but Karpinski confirmed that Manchin was aware that the anti-ANWR drilling campaign was well underway.

“We’re not hiding it from him,” Karpinski said of Manchin, whose support for the reconciliation package will be critical to getting the measure signed into law.

O’Mara said that advocates would count House inclusion of the ANWR provision as a victory that could pave the way for its survival in a conference committee.

If the provision makes it that far in the process, however, it’s not clear how hard the White House will push for it to remain in the final product. While Republicans aren’t expected to vote for the reconciliation measure, the Biden administration might still decide it can’t afford to permanently alienate Murkowski, a critical swing vote for the Democratic president’s legislative agenda and nominees.

And the White House has already raised her ire on several energy policy fronts in the last eight months.

Immediately upon being sworn into office in January, President Biden put a prohibition on all oil and gas activity until further notice, effectively halting the ANWR lease sale former President Trump had presided over just weeks earlier. By June, the Biden Interior Department had explicitly halted these ANWR leases. Then, earlier this month, the agency announced it would conduct an entirely new environmental review of the ANWR program.

But the White House has also made some significant concessions on energy matters for Murkowski’s benefit.

First, the administration nixed its original choice for deputy Interior secretary in favor of a longtime Alaska oil ally Murkowski had personally recommended, then, it announced it would defend the ConocoPhillips oil exploration project against legal challenges, prompting outcry from every climate hawk on Capitol Hill.

It’s not clear how greenlighting a reversal of the 2017 ANWR language would affect this delicate relationship.

Elsewhere across the three-member, all-Republican Alaska congressional delegation, Sen. Dan Sullivan did not respond to a request for comment on the matter through his press office. Rep. Don Young, meanwhile, said in a statement to E&E News that he is taking this challenge to ANWR seriously.

“I’ve successfully fought for over four decades to open up a small portion of ANWR’s Coastal Plain to resource development. All environmental requirements and reviews have been met, and lease sales have been carried out,” Young said. “Unfortunately, Democrats trying to move the goal posts and reverse the progress we’ve made in ANWR is nothing new. I will continue to fight any attempt by House Democrats to hold our energy sector back by locking up ANWR.”

Heather Richards contributed to this report.