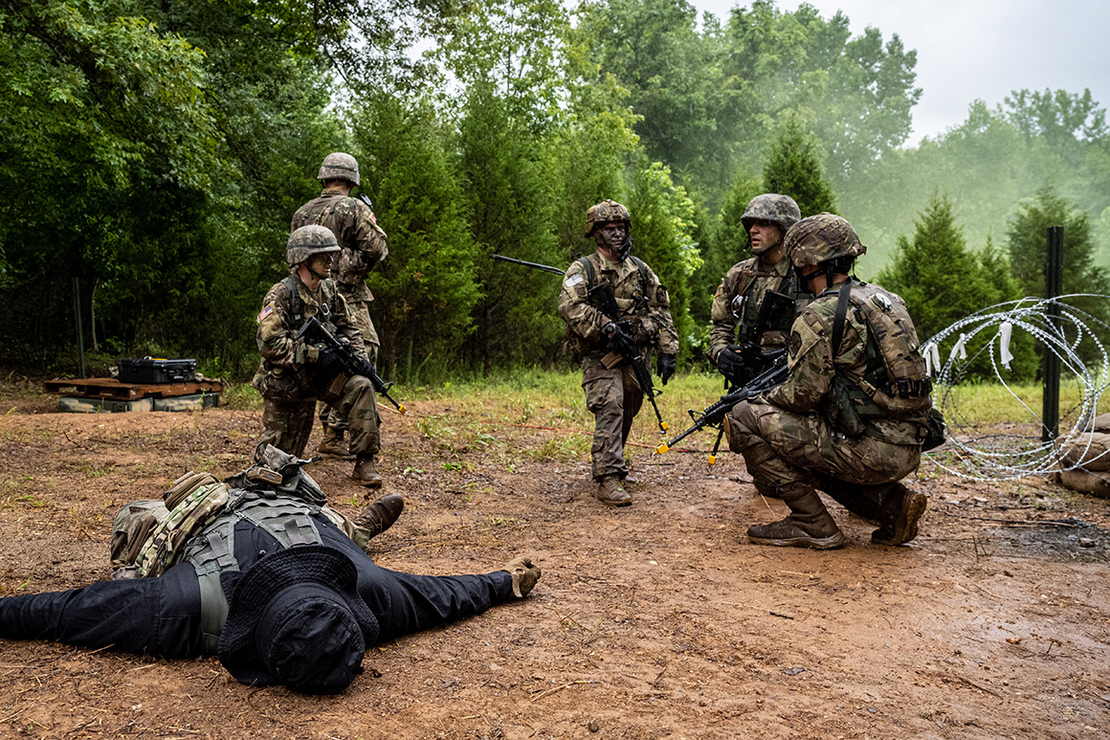 Combat drills are critical to military readiness. So, too, are blackout drills.

The Defense Department has been stress-testing Army and Air Force bases across the country to prepare for extended power outages caused by climate disasters.

The drills, called “energy resilience readiness exercises,” or ERREs, have occurred at five Army installations and 10 Air Force bases over the last two years, including most recently three Colorado bases comprising the North American Aerospace Defense Command and the Space Training and Readiness Command, part of the U.S. Space Force.

Air Force bases in Alaska, California, Massachusetts, New Jersey, Ohio and South Carolina also have undergone drills to “help installations ensure mission continuity by testing the impacts of a disruption in commercial electricity to the installation, such as would occur in a natural disaster,” the Air Force said in a recent release about the program. “Under this controlled environment, complications can be more easily mitigated before an actual unplanned disruption occurs.”

A spokesperson for the Navy’s Facilities Engineering Systems Command said the department will complete three black-start exercises in 2022. The Navy made clear in its recent Climate Action 2030 report that climate security “can be strengthened through” ERREs.

“We have to gather data. We have to accomplish the intent of the exercise, that is to allow us to see our infrastructure, how it performs, what improvements need to be made,” Fort Hood Garrison Cmdr. Chad Foster said of the March 15 ERRE at the sprawling Texas base, the largest active duty armored post in the United States.

Sharon Burke, founder of the environmental research and advisory firm Ecospherics and former DoD assistant secretary for operational energy, said in an interview that some basewide ERREs, such as at Fort Bragg in 2019, surprised base commanders. “I think they took it well, but it wasn’t a welcome surprise,” she said. “My understanding is that they have been a revelation for the bases that conducted them.”

Experts say the Defense Department and its branch services recognized an emerging risk during the 2010s when grid-delivered power to military installations was disrupted by extreme events, including hurricanes in coastal zones, river floods in the heartland, and wind and firestorms in the Mountain West and Pacific.

Such disasters are occurring more frequently and with greater intensity, climate experts say, requiring a more concerted effort by base commanders to protect their facilities, many of which sprawl across tens of thousands of acres.

Nancy Balkus, deputy assistant secretary of the Air Force for environment, safety and infrastructure, said recently that the power outage simulations help base leaders and personnel “better prepare for, fight through and recover from an energy disruption.”

“These exercises not only uncover resilience gaps and hidden infrastructure interdependencies, but also help us prioritize future investment decisions to be better prepared to deliver power when and where needed to protect our nation, our values and our interests,” she added.

When ERREs are planned, key details of the outage exercises, including date and time, are withheld “to preserve the authenticity of the outrage event,” officials said. The exercises also occur during periods of peak power demand and can last for up to 12 hours. The simulations, which extend to other DoD facilities co-located at a base, provide “insights and findings around communication plans and protocols, backup generation and safety system preparedness,” they added.

Outside experts have argued for years that the Defense Department must overhaul its electric power generation and procurement systems to prevent blackouts and reduce risk of power losses to essential infrastructure at home and abroad.

“The DoD has to assume that the grid will fail at some point, and that their mission will have to continue to operate through that failure, so they have to plan for it,” said John Conger, director emeritus of the Center for Climate & Security and a former assistant Defense secretary for energy, installations and environment. “It could be a mechanical failure, it could be sabotage, it could be a cyberattack, it could be a natural disaster. They simply have to prepare for every contingency.”

For some, energy security risks come into focus after climate disasters. One such facility is Tyndall Air Force Base in northwest Florida, which was largely destroyed by Hurricane Michael in 2018. The base was evacuated prior to the storm’s landfall, but 160-mph winds crippled its power grid and damaged or destroyed hundreds of buildings.

As part of a multibillion-dollar “Installation of the Future” rebuild of Tyndall, the Air Force last year signed a 10-year lease agreement with regional utility Gulf Power Co. to house a solar-powered microgrid and battery storage facility on the base. During normal grid operations, power from the 145-kilowatt facility, to be owned by Gulf Power, will flow to the retail grid.

During outages, the Air Force will have right of first refusal to provide backup power at three mission-critical facilities at Tyndall under what are called “electrically islanded operations.”

Yet there are other bases with similar exposure risk, including Joint Base Charleston, one of the Air Force’s largest Atlantic Coast complexes and a bull’s-eye for powerful coastal storms.

The 24,000-acre base, located in North Charleston, S.C., is home to the 628th Air Base Wing, which supports 90,000 military personnel from the Air Force, Navy and Coast Guard, as well as civilian employees. The base also supports one of the Navy’s largest weapons stations.

In June, Joint Base Charleston underwent a nearly 12-hour ERRE involving “multiple geographically separate facilities and 43 mission partners.” A base spokesperson said in a emailed statement that the drill “was to test on-site backup power systems and identify gaps in energy and water supplies and mission capabilities” in a “degraded environment.”

Such drills, along with other base and mission activities to help meet changing climate conditions, will be addressed in the Air Force’s forthcoming climate adaptation plan expected to be released soon. The Air Force is the third branch service to complete an adaptation plan required by President Joe Biden in his January 2021 order instructing all federal agencies to prepare for a warming climate.

The defense departments are required to execute five ERREs annually through at least 2027.